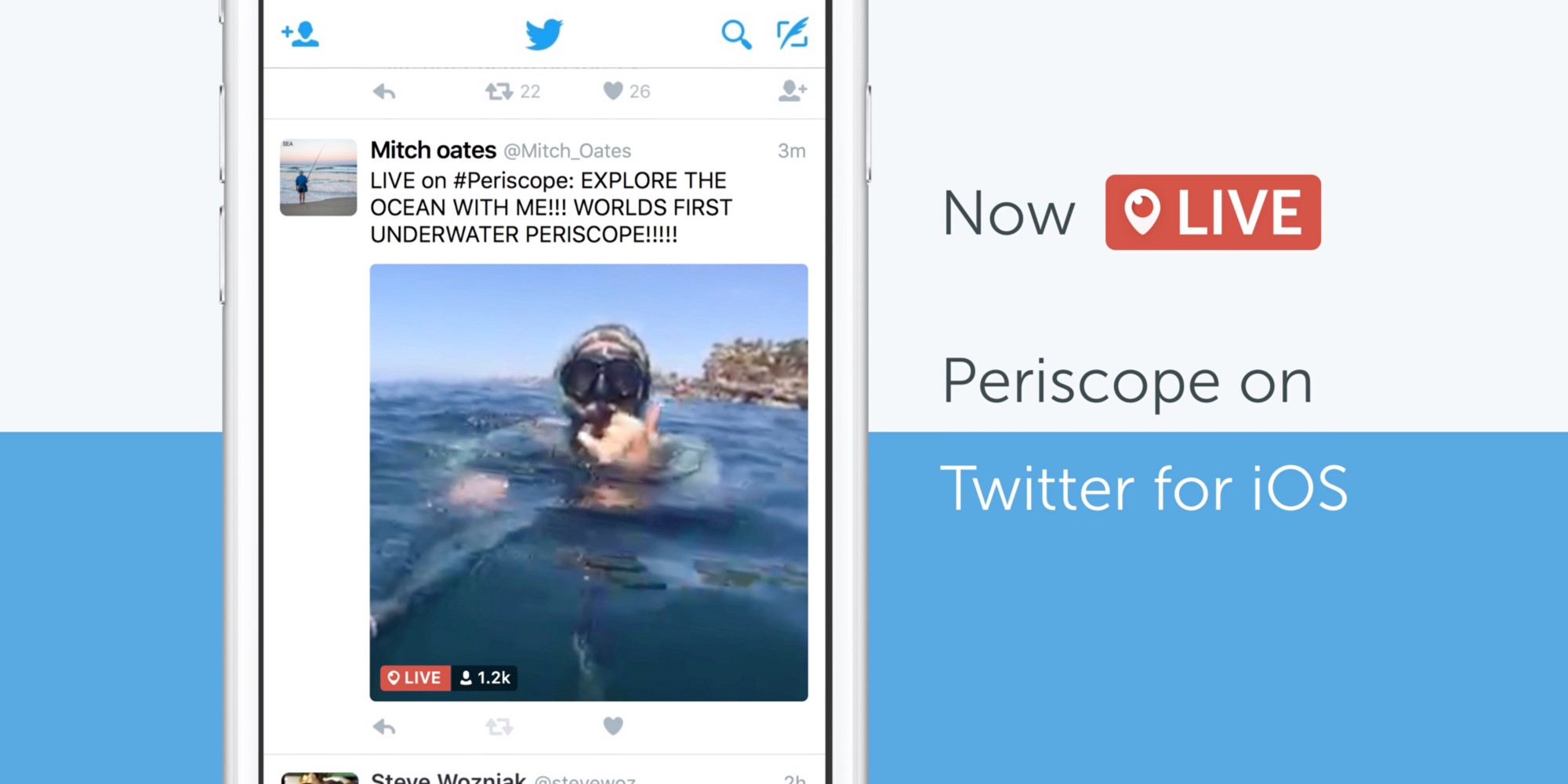 Now when you tap a Periscope link in your timeline, no longer does it take you to the Periscope app. Instead, those links are getting replaced with the broadcast itself that automatically plays right within your tweet.

You can even tap the video to go full-screen and see Periscope comments and hearts from other viewers. Best of all, you don’t need the Periscope app or even a Periscope account to take advantage of this integration.

In addition to tweets, these embedded Periscope broadcasts are also surfaced in search results and are directly accessible through anyone’s profile who’s shared a Periscope.

“Imagine scrolling through Twitter, reading about Mitch Oates’ underwater adventures. You suddenly find yourself peering through a hole in your timeline out into his world, via his live broadcast. This adds a whole new dimension to Twitter,” the team wrote.

The move means that broadcasters can now reach Twitter’s massive audience while users get to enjoy a richer experience in their timeline. This is a staggered rollout: the team will be rolling out the new feature on Twitter for iOS over the next few days (coming soon to Android).

Twitter requires an iPhone, iPod touch or iPad with iOS 7.0 or later.

Grab Twitter for iOS at no charge in the App Store.