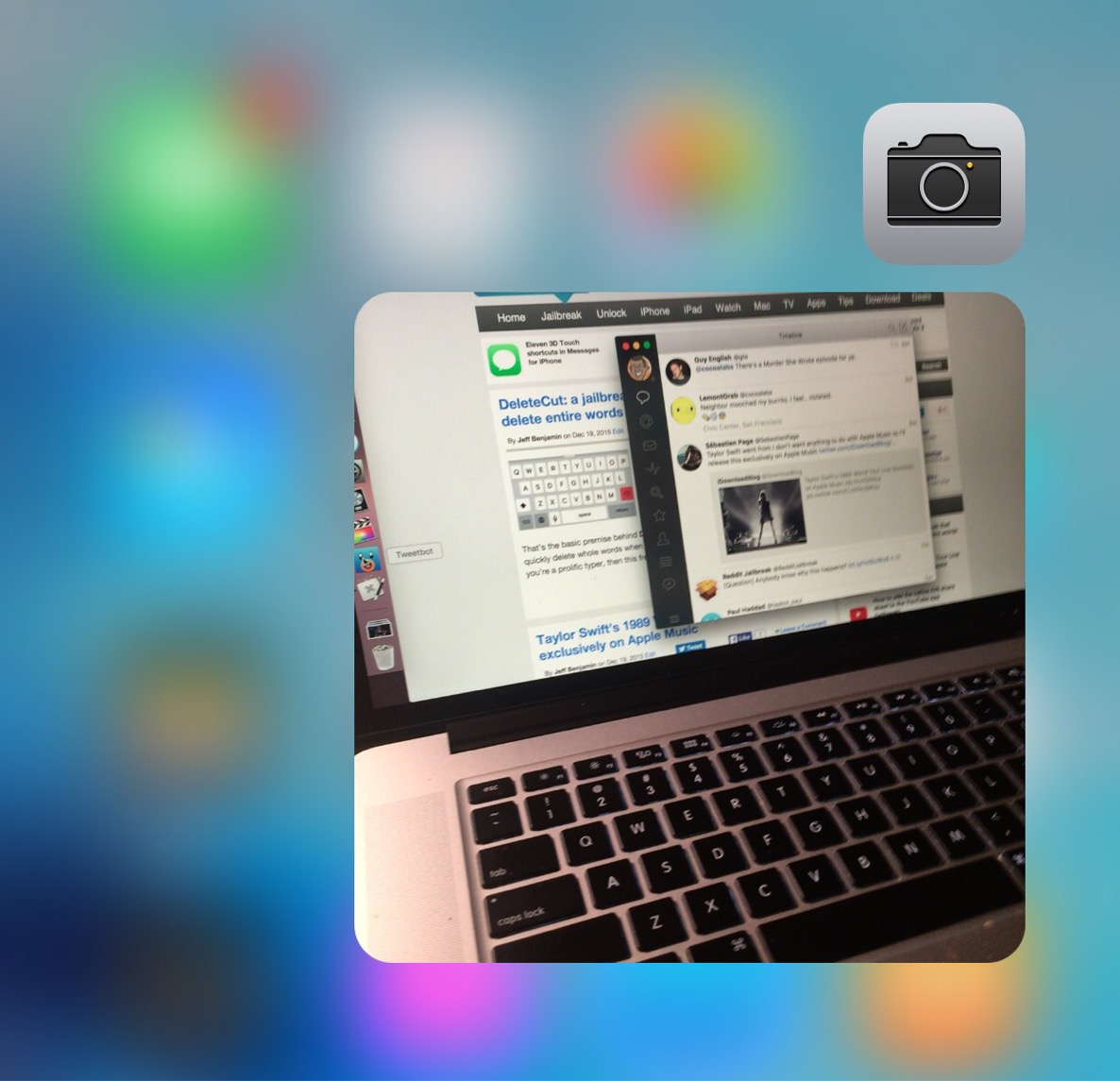 The tweak is entitled Point-And-Shoot, and it is capable of enhancing the stock 3D Touch shortcuts for the Camera app with a live camera viewfinder placed right on the Home screen. You can then use the Home screen viewfinder to frame your shots and snap photos on the fly.

After installing Point-And-Shoot on your iPhone 6s, you’ll need to head over to the stock Settings in order to configure the tweak’s preferences. Inside of the tweak’s settings, you’ll find a couple of toggle switches to enable Multiple Photo shooting, and automatic camera display. 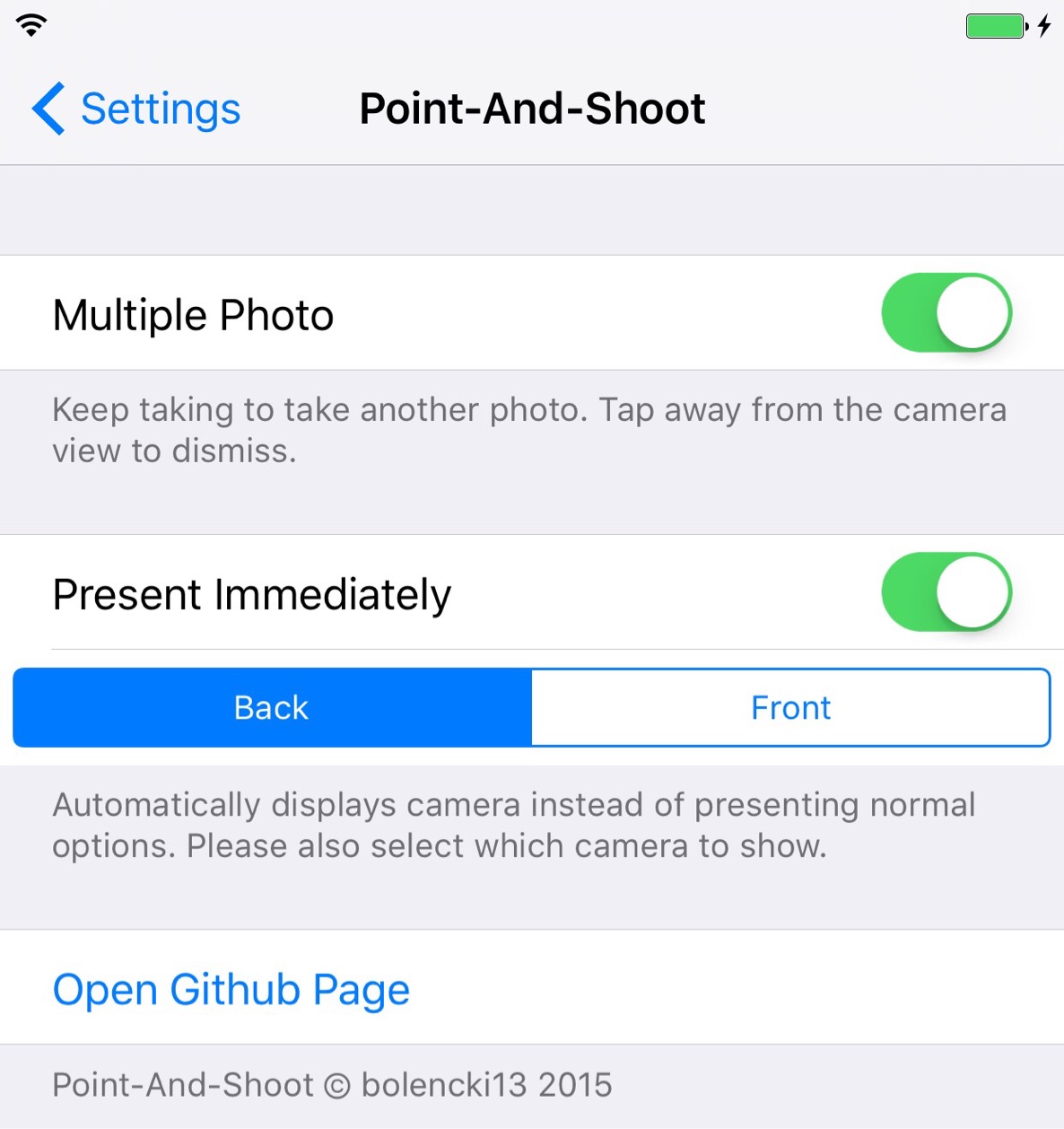 If you have auto display enabled, the tweak will bypass the normal 3D Touch shortcut options, and present the viewfinder overlay immediately. Otherwise, just use the standard 3D Touch shortcuts to launch the Take Photo or Take Selfie action instead. You can always tap the Camera app itself to launch the full app as well.

Be sure to utilize the tweak’s built-in gestures to wield the tweak properly. Here’s a look at the gestures that can be used with Point-And-Shoot:

Point-And-Shoot will even work on older iPhone’s if you have a tweak like Forcy installed. Forcy allows you to emulate the 3D Touch effect.

Both tweaks are available free of charge on the BigBoss repo, and Point-And-Shoot is good enough that I think it warrants at least a trial run.