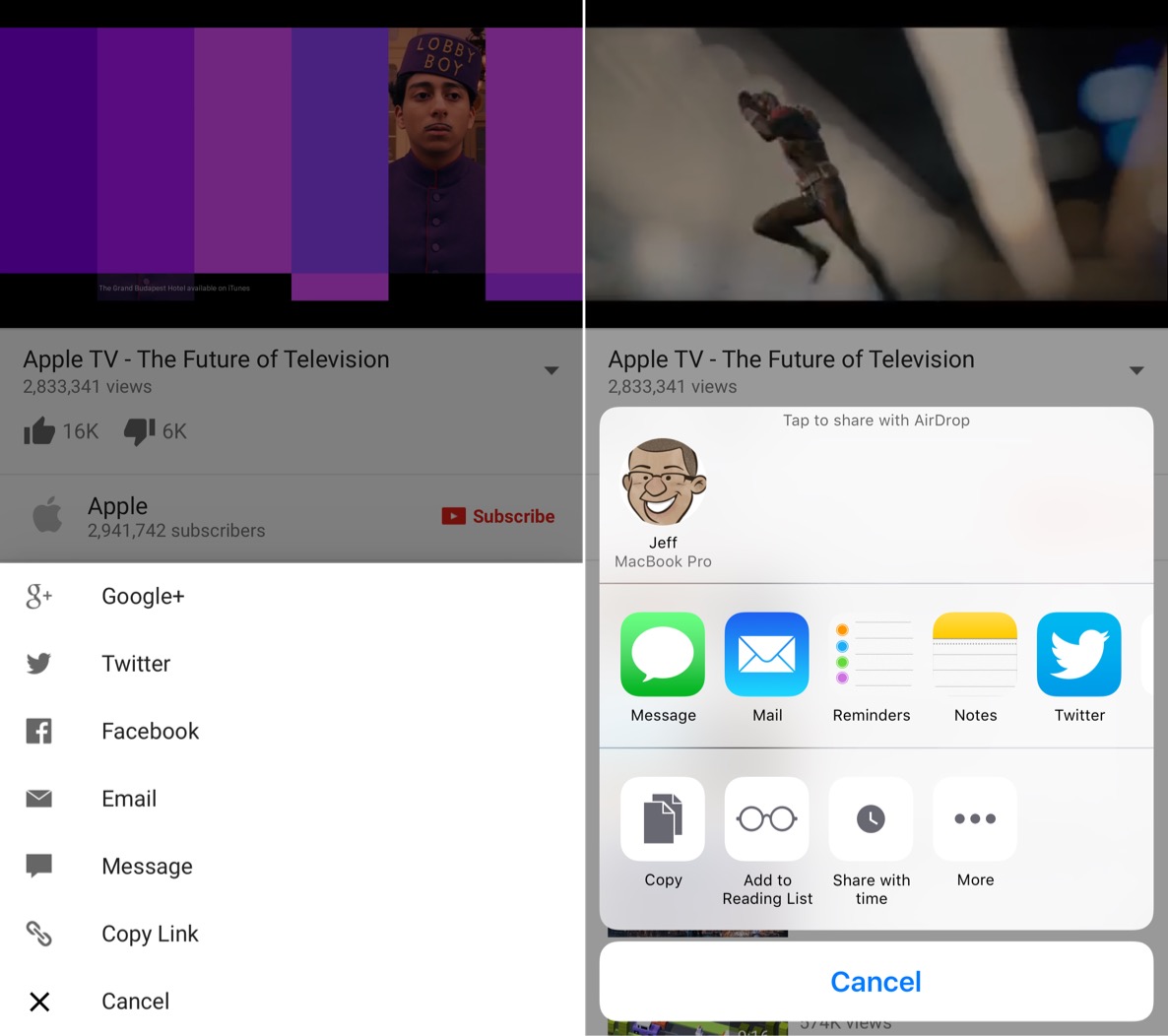 It’s almost 2016, and the official YouTube app is still relying on its antiquated built-in sharing options instead of the native iOS 9 share sheet that most modern apps use on the platform. Sadly, Google insists on keeping its design language in many of its apps, even though it looks out of place on iOS. Not only that, but YouTube’s built-in sharing options are a lot less functional and flexible.

With Native YouTube Share, a free jailbreak tweak available on Cydia’s BigBoss repo, you can force the YouTube app to use the stock iOS 9 sharing sheet when sharing videos.

Once you install Native YouTube Share, it should begin working immediately. Keep in mind that you’ll need to have the official YouTube app installed to reap the benefits of the tweak.

After installation, just open up the YouTube app and tap the Share button while watching a video. Instead of seeing YouTube’s old built-in sharing options, you should now see the iOS 9 share sheet. Check out the screenshot above for a before and after example.