As you use apps on your iPhone, iPod touch and iPad, iOS dynamically manages system memory (don’t confuse RAM with storage), allocating chunks of RAM to foreground and background tasks and suspending memory usage for apps that are not actively running in the background.

For the most part, iOS manages RAM efficiently to ensure that your frequently-used applications are ready for action as soon as you switch to them. But as so-called garbage collection is not available in iOS, a poorly written application might keep large portions of memory to itself and refuse to release it at iOS’s request, resulting in slower performance.

You can get around this by rebooting your device, but there’s a more elegant way to purge the memory taken up by apps without rebooting, as explained in this tutorial.

NOTE: I used the $0.99 System Monitor app by Tekton Technologies to capture the free vs. used memory on my iPhone 6s before and after purging the system RAM.

How to purge iOS device RAM without rebooting

Step 1: Unlock your iOS device and go to the Home screen.

Step 2: Now press and hold the Power button until the Slide to Power Off slider appears at the top of the screen.

Step 3: Do not drag your finger across that slider. Instead, press and hold the Home button for a few seconds until the Home screen re-appears.

Doing so resprings your iOS device and cleans out the system memory taken up by background processes that haven’t been active in a while. As evidenced on the screenshot below, this should help you regain the RAM. 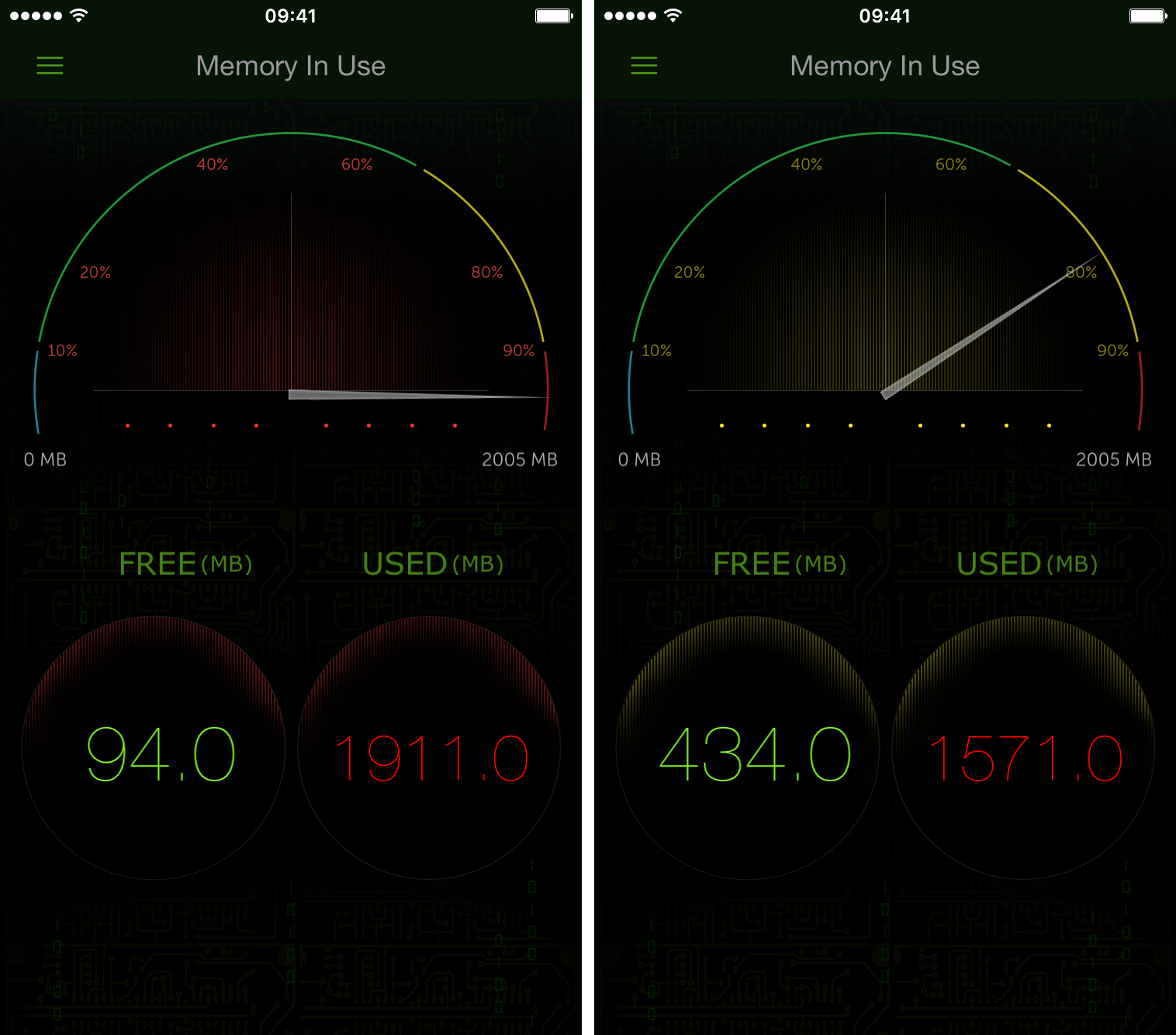 You shall notice that this trick won’t remove apps from the iOS task switcher. That’s because iOS’s task switcher shows the recently-used apps that aren’t open and are instead in an efficient standby mode to help you navigate and multitask.

You can also resort to this trickery if the foreground app stops responding or suddenly becomes terribly sluggish. Doing so while the app is actively running in the foreground will purge it from RAM.

This isn’t something you should be doing on a regular basis. Again, iOS aggressively manages system memory so no matter the amount of RAM, that gauge in the System Monitor app is always going to show a nearly-full memory.

iOS always strives to keep as many apps you use in system RAM as possible, and this is by design so that switching between apps is as fast as possible.

That being said, owners of older iPhones and iPads with one gigabyte of RAM or less are probably going to benefit the most from this tutorial. As you know, the iPad Pro has four gigabytes of RAM and the iPhone 6s, iPad Air 2 and iPad mini 4 all have two gigabytes of RAM, allowing for faster and smoother multitasking.

On a semi-related note, force-quitting apps on your iPhone by swiping them away in the iOS app switcher won’t help extend your iPhone’s battery at all. Quite the contrary, doing so will actually waste the battery.