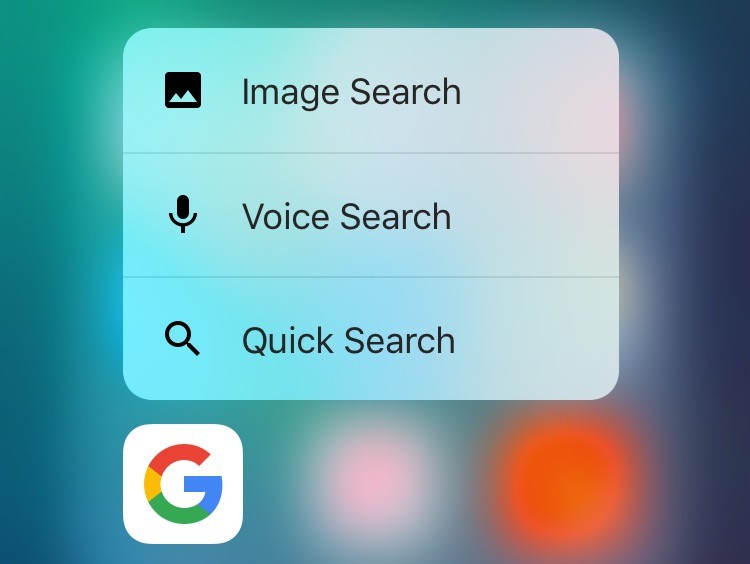 The search monster Google on Friday issued an update to its mobile search application in the App Store, adding support for 3D Touch gestures on the iPhone 6s and iPhone 6s Plus and iOS 9’s new multitasking modes on select iPads, while improving search results for places and local businesses.

With 3D Touch, hard-pressing on the Google app’s icon on the Home screen brings up quick shortcuts for Search, Voice Search and Image Search features.

Running the Google app side by side with other apps in iOS 9’s Split View multitasking mode is supported on the iPad Pro, iPad Air 2 and iPad mini 4.

If you don’t own any of these iPads, you can still take advantage of the app’s support for Slide Over multitasking, which should hero you look something up while sending a text or reading an article.

In addition to iPad multitasking and 3D Touch, the app conveniently shows holiday hours and busy hours information in search results for places and local businesses. As a bonus, you’ll even see a graph in results for stores and other places showing the busiest times of the day, so you can plan ahead and avoid the crowds.

Here’s what’s to look forward to in this edition of the app:

Try saying “what time does the nearest mall close” or “show me Starbucks nearby” and tap on the result to see how busy it gets throughout the day.

Grab the Google app for free in the App Store.