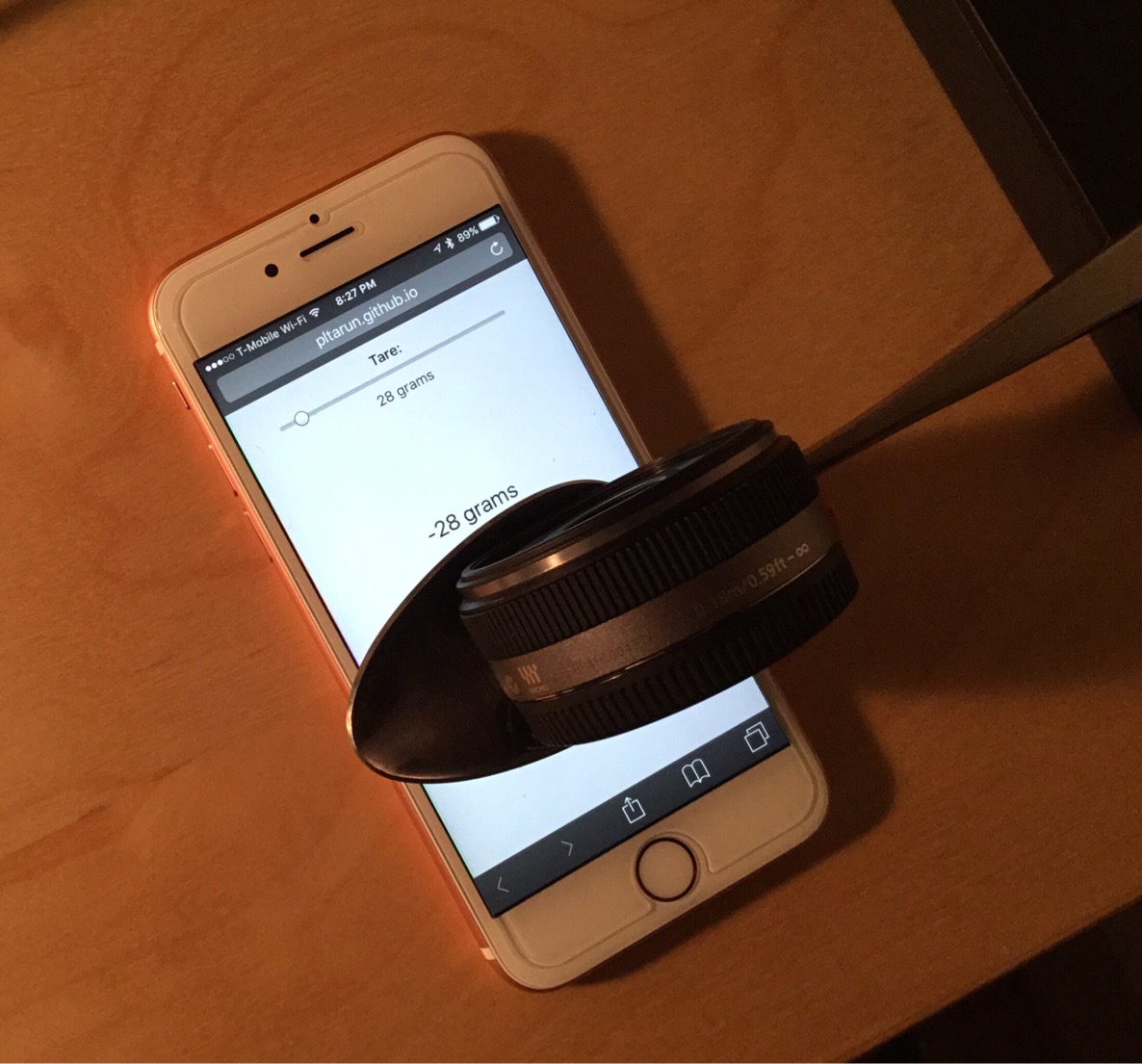 When the iPhone 6s first debuted with 3D Touch, there were a few apps created that served as weighing scales. The apps would use the iPhone 6s’ screen pressure sensitivity to translate pressure into a loosely accurate measurement of weight.

Unsurprisingly, Apple frowned upon using 3D Touch in that manner, and any such apps submitted to the App Store were removed or rejected.

Recently, another method for weighing objects using 3D Touch has appeared—the web. Obviously, Apple can’t enforce its restrictions on the open web, so you’re free to visit the website to inaccurately weigh objects until your heart’s content.

Since the iPhone’s screen won’t recognize just any object placed on its screen, you may want to use a spoon to act as a conductor for objects that you wish to measure; it even features a Tare slider for zeroing out the weight of the spoon.

The scale uses JavaScript and is the creation of developer Tarun Pemmaraju. The code is based on the 3D Touch JavaScript implementation created by Marcel Freinbichler.

From my experience, the scale isn’t very accurate, but that’s to be expected as 3D Touch wasn’t created with such applications in mind. Still, it’s an impressive demo, and even more impressive since it’s running on the web and not via a native app.