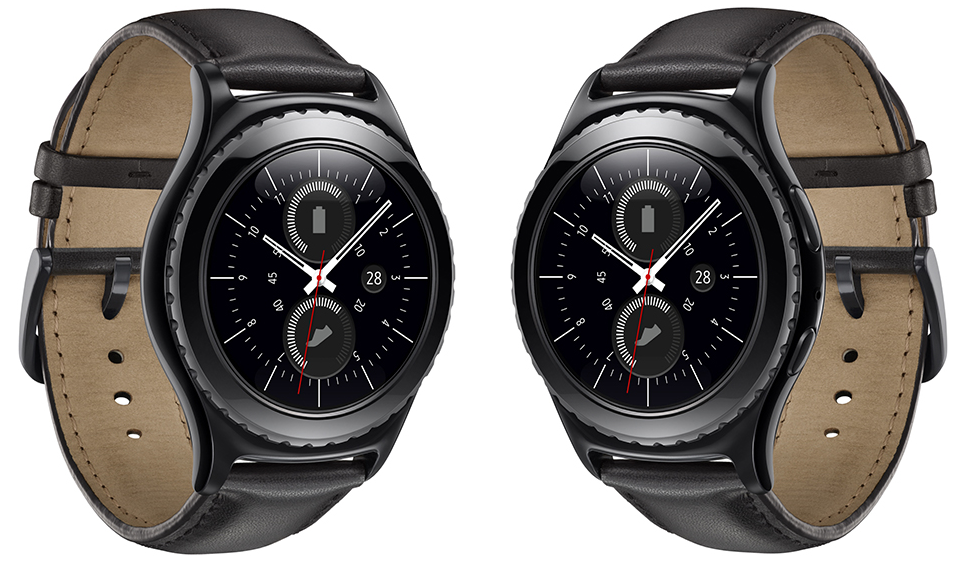 While the Gear S2 works with all Android smartphones, not just the ones made by Samsung, it doesn’t play well with iOS. Like Apple’s own Watch companion app, the Gear Manager is said to include features to set up and customize the device for use.

The software will reportedly permit iOS device owners to use all of the Gear S2 features that are available to Android-toting people, with the notable exception of Samsung Pay, which requires a Samsung smartphone.

A spokesperson for the Galaxy maker confirmed to Digital Spy back in September that Samsung would consider rolling out iOS support for the Gear S2. “We are looking at possibilities to open it up to iOS,” the spokesperson said.

Unveiled at Samsung’s Unpacked 2015 event in September, the Gear S2 runs Samsung’s own Tizen operating system rather than Android. The device has a round display, a rotating bezel for navigating the user interface, NFC for mobile payments and other nice features. A version with built-in 3G cellular networking is also available.

It’s interesting to me that the Apple Watch is getting more competition on its home turf. Firstly, Google decided to give the Apple Watch a run for its money by rolling out the companion Android Wear for iPhone app, and now Samsung will be doing the same.

And while Android Wear, and now Tizen smartwatches are gaining iOS compatibility, the Apple Watch remains exclusive to iOS as it requires an iPhone to function and is incompatible with the Android platform.