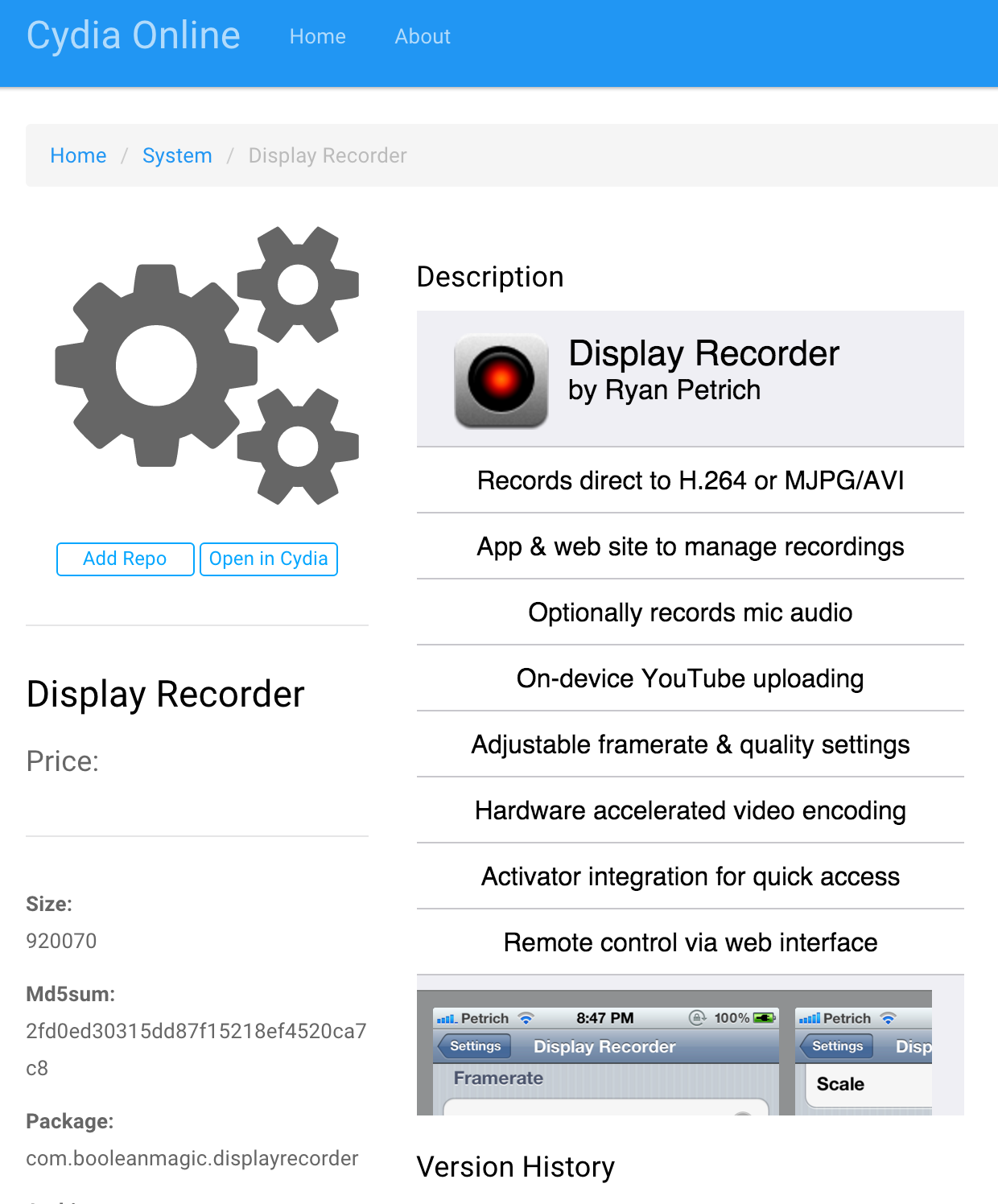 “Cydia Online” is the name of a new website that provides direct links to Cydia packages, repos, and information. The website, created by SwiftCracker, has no official affiliation with Cydia. We think it’s only a matter of time before the name is changed, as it’s blatantly infringing on saurik’s trademark.

That said, the premise behind the so-called Cydia online is pretty cool. It’s a fast online searchable vault of apps and tweaks found on Cydia’s default repos and even popular third-party repos.

It’s probably not going to last much longer under its current name, but the idea is, admittedly, an interesting one… 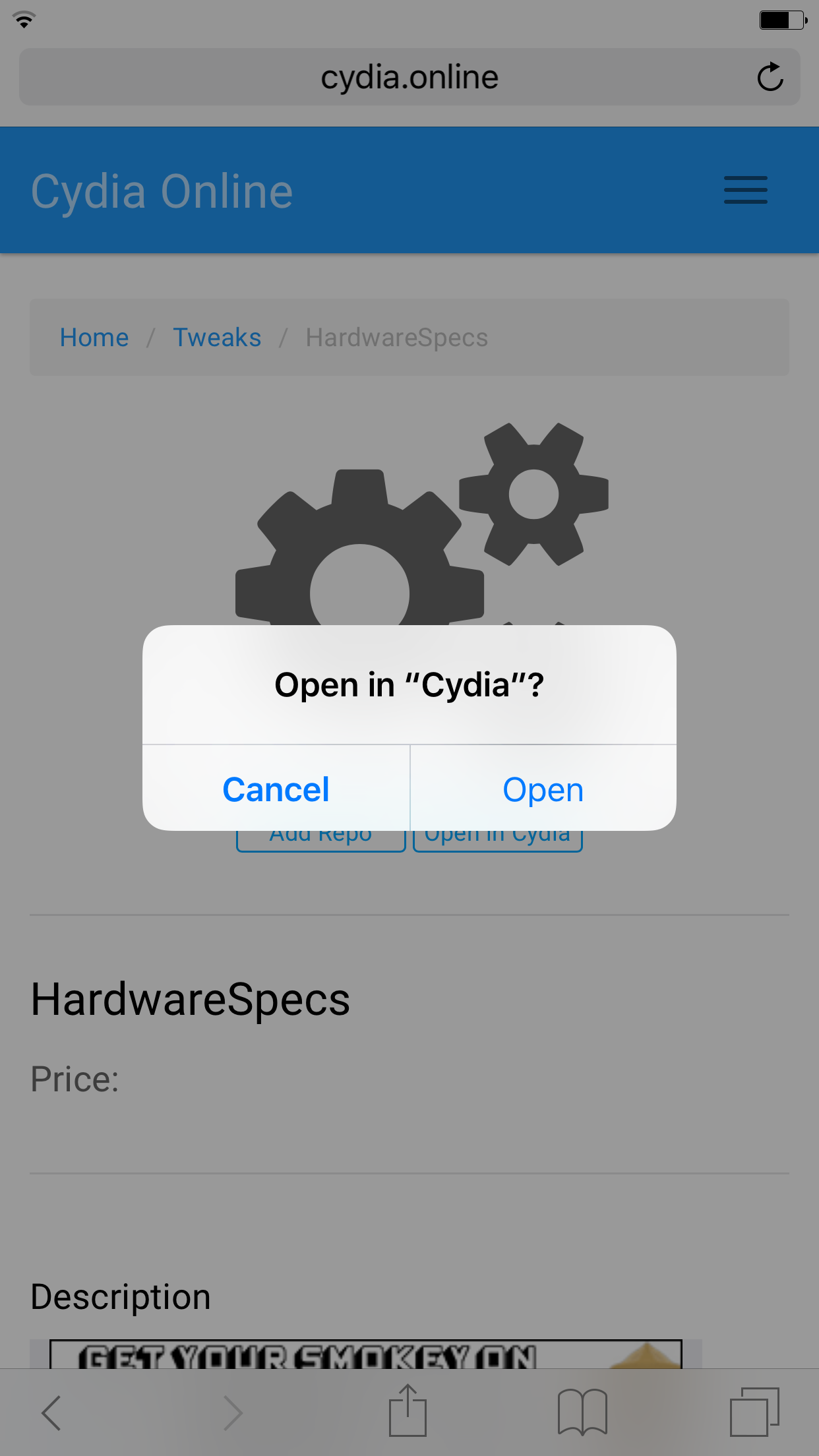 Users can search for apps and tweaks across a variety of repos, read information about tweaks, and even add needed repos using specially formatted links provided on the website.

I’ve not yet digested the full benefits of using a third-party website like this over the native and first-party Cydia app itself, especially at this early stage in the game. Right now, the website is sort of buggy, but I guess the argument can be made that it can potentially be faster than Cydia, and that ads from repos can be ignored.

I think that, ultimately, this would be a good idea if it was created by saurik himself, or if it at least took into account his feedback. Though I doubt saurik is keen on the idea of this website, especially since it uses his trademark. In fact, saurik has already commented about the blatant naming offense in the official reddit thread.

What do you think about Cydia Online? What benefits, if any, do you see something like this providing?