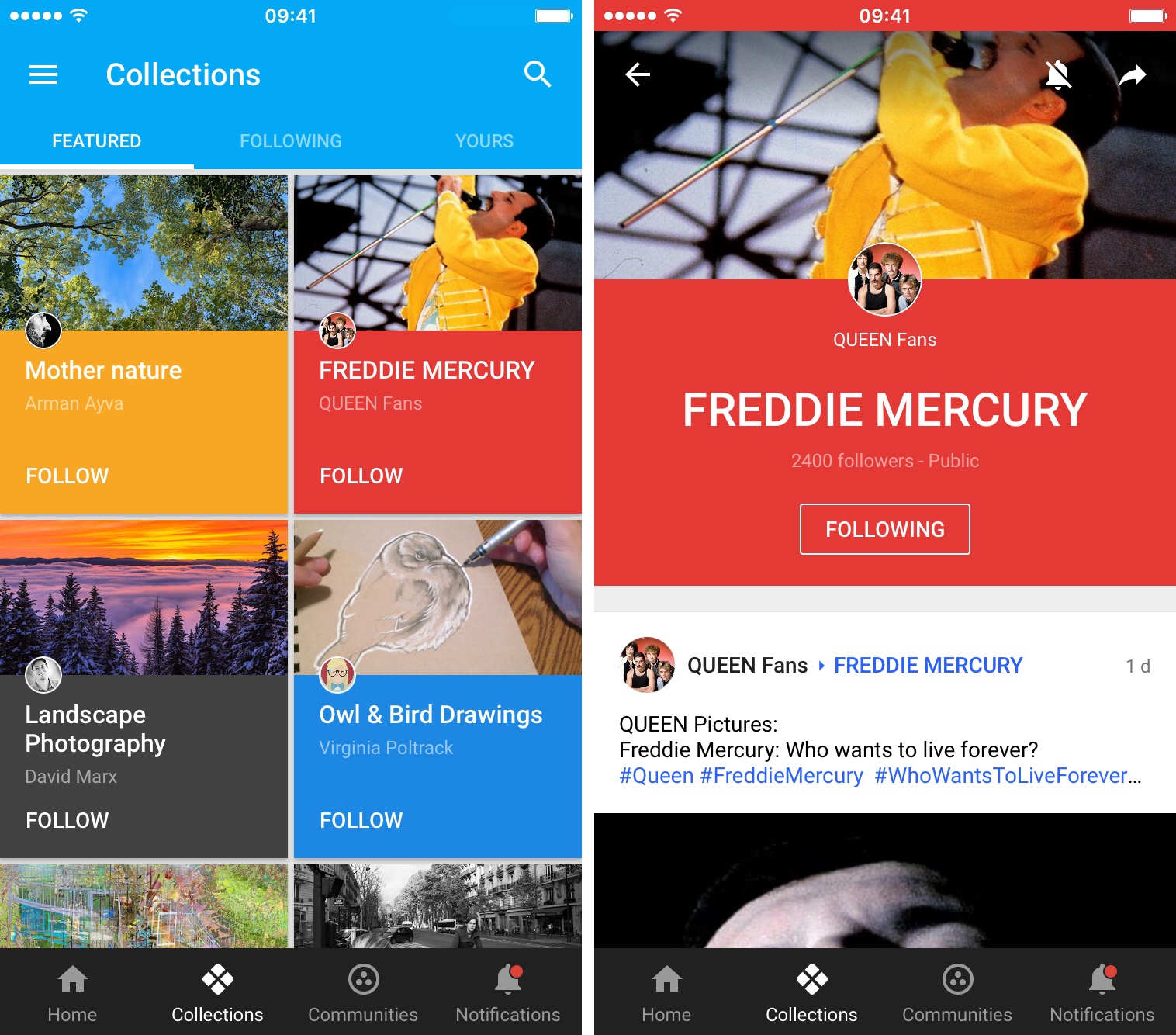 Following yesterday’s overhaul of Google+ Communities and Collections on the web, today Google+ for iOS gets bumped to version 5.0 and thoroughly redesigned.

The new-look Communities and Collections are now accessible through the new Google+ 5.0 for iOS app. This edition of the software includes other improvements, too, including switching between multiple accounts and expanded options for sharing with folks outside Google+.

Introduced in May 2015, Google+ Collections are collections of posts around shared interests and passions. As evidenced by the screenshot top of post, Collections now a lot easier on the eyes.

Google+ Communities enable groups of people with the same interests to join up and geek out on anything. In the refreshed app and across the web, these Communities now offer a cleaner layout and a refreshed appearance, as seen below. 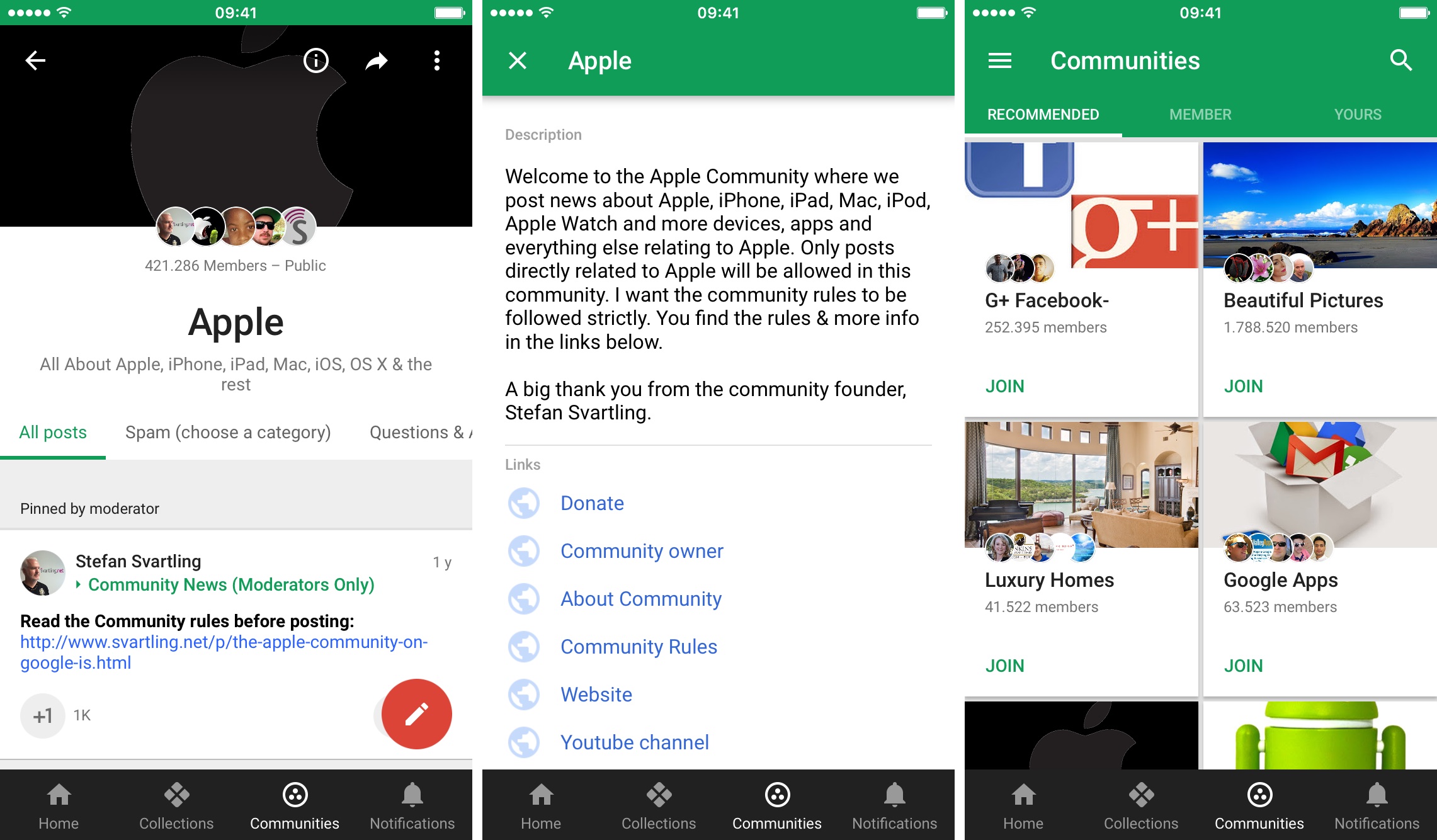 Google+ used to limit sharing options to the confines of its own network. Now in the revamped app, you can easily access an expanded set of options if you want to share posts with friends and family who are not on Google+. 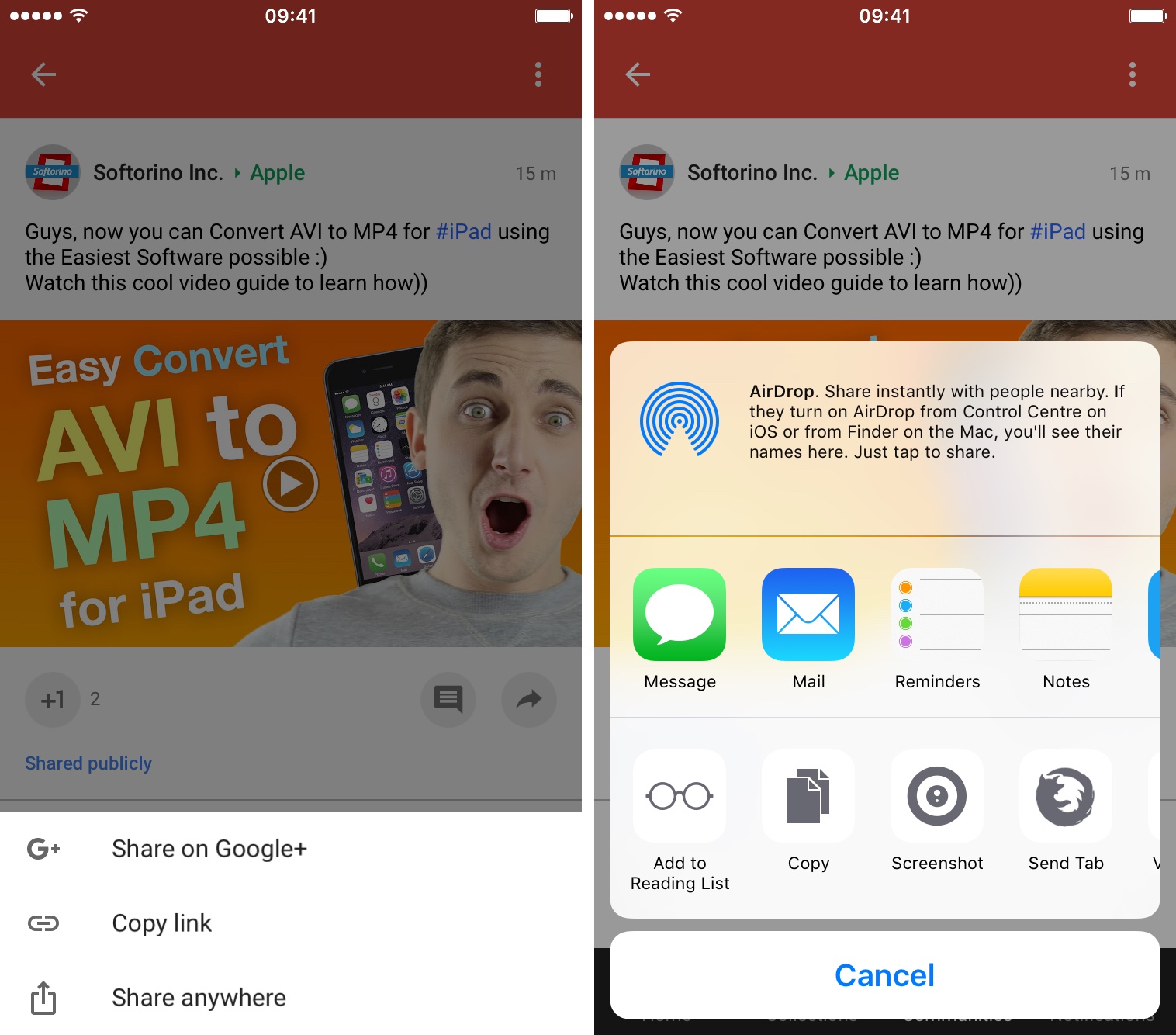 As mentioned, it’s now possible to add multiple Google+ accounts within in-app settings, and change between them at any time. Speaking of which, the settings interface is now better organized than before. 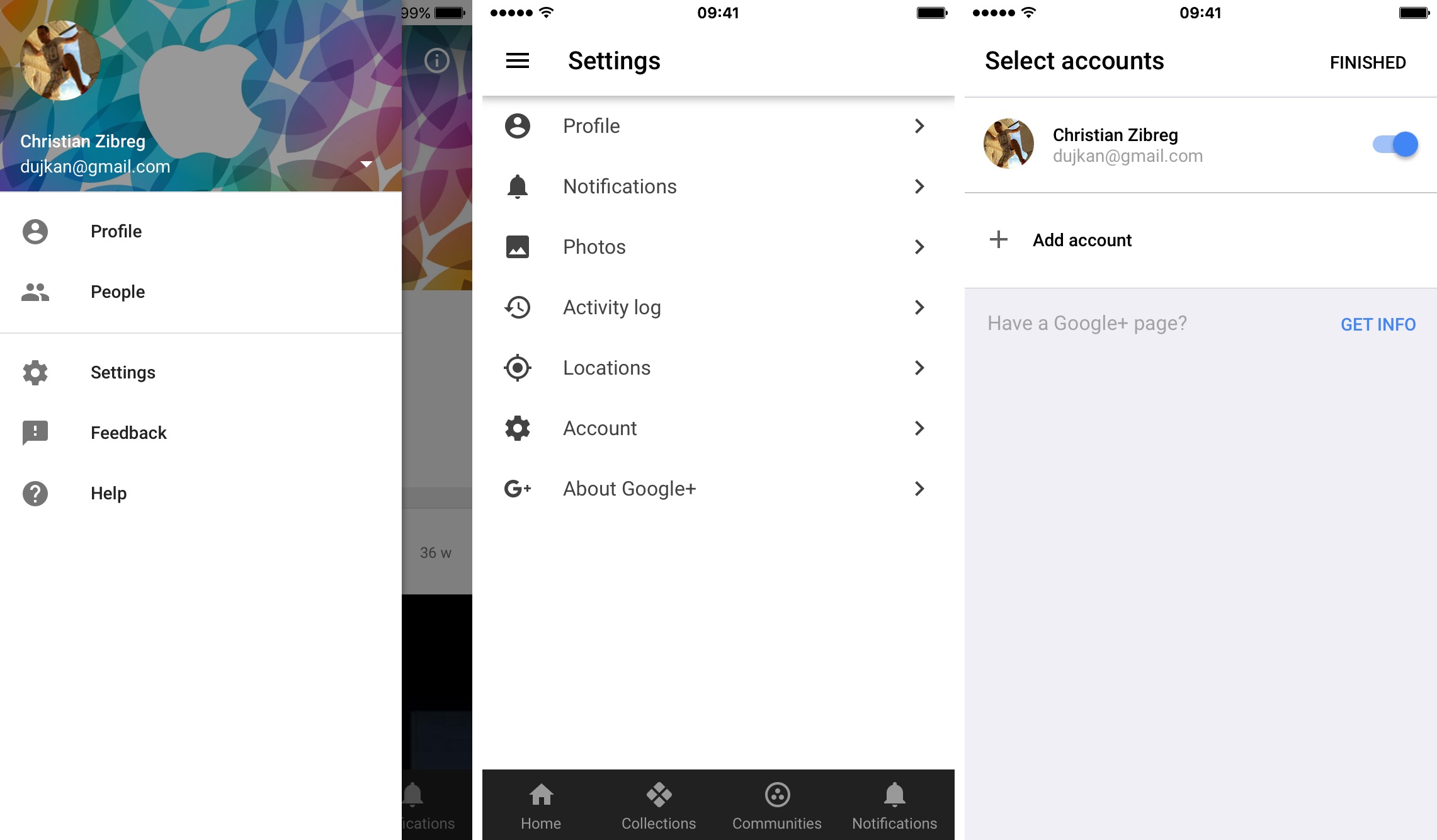 As a recap, this update includes the following:

Google+ requires an iPhone, iPod touch or iPad with iOS 7.0 or later.