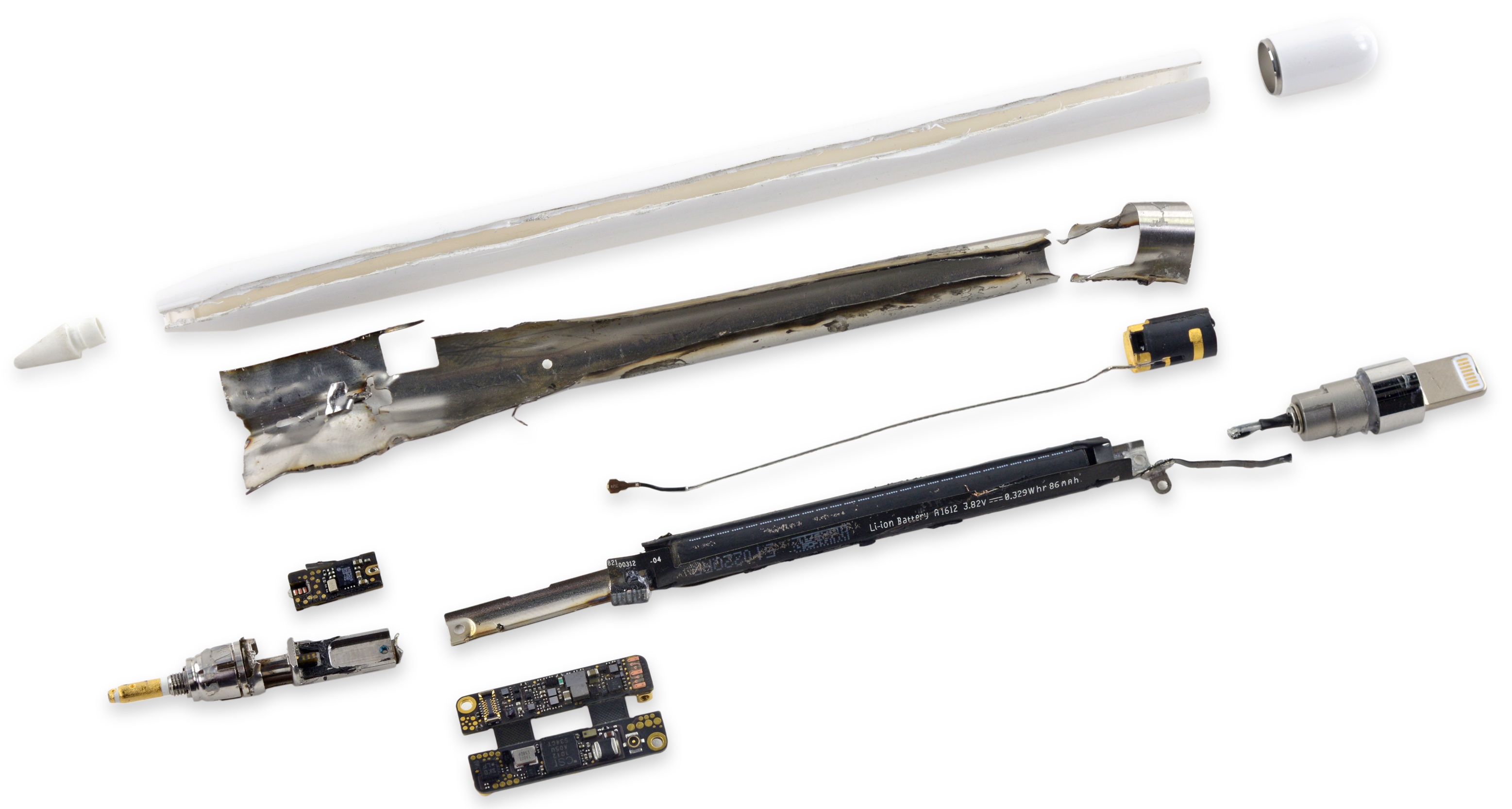 According to a teardown analysis of the Apple Pencil performed by iFixit, Apple’s optional Bluetooth stylus accessory for the iPad Pro packs in the smallest logic board that the repair firm has ever seen. Despite its minuscule appearance, Apple’s engineers had to fold it in half to fit inside the Pencil’s tiny enclosure.

As if that weren’t enough, the Apple Pencil is choke full of other radical technological solutions, said iFixit.

The Apple Pencil (model number A1603) is 175 mm tall and 8.9 mm deep, has a built-in Lightning connector for charging, comes with a spare tip (the Lightning Connector cap snaps into place with magnets) and offers up to twelve hours of battery life.

Sunk deeply into the tip is a tiny metal bit that connects to one of the two emitters in the tip. The iPad Pro’s digitizer determines the Pencil’s angle and orientation relative to the display, and adjust the pen stroke accordingly, by measuring the distance from each emitter to the screen.

As you know, the Apple Pencil uses energy efficient Bluetooth 4.1 to connect to the iPad Pro. In fact, the iPad Pro’s enhanced screen technology detects when an Apple Pencil is touching the screen and automatically pairs with it and switches to scanning at twice the rate of finger inputs to reduce lag.

Tiny battery and logic board

Unlike Microsoft’s Surface Pen that uses a user-replaceable AAAA battery, the Apple Pencil has a built-in 3.82 V, 0.329 Wh lithium-ion rechargeable battery that holds “just five precent of the charge of an iPhone 6s battery.”

It takes less than fifteen minutes to fully recharge the Apple Pencil, with a quick 15-second charge providing 30 minutes’ worth of runtime. The Pencil ships with a Lightning-to-Lightning adapter to save users from having to “precariously charge their Pencils directly from their iPads,” in iFixit’s own words. 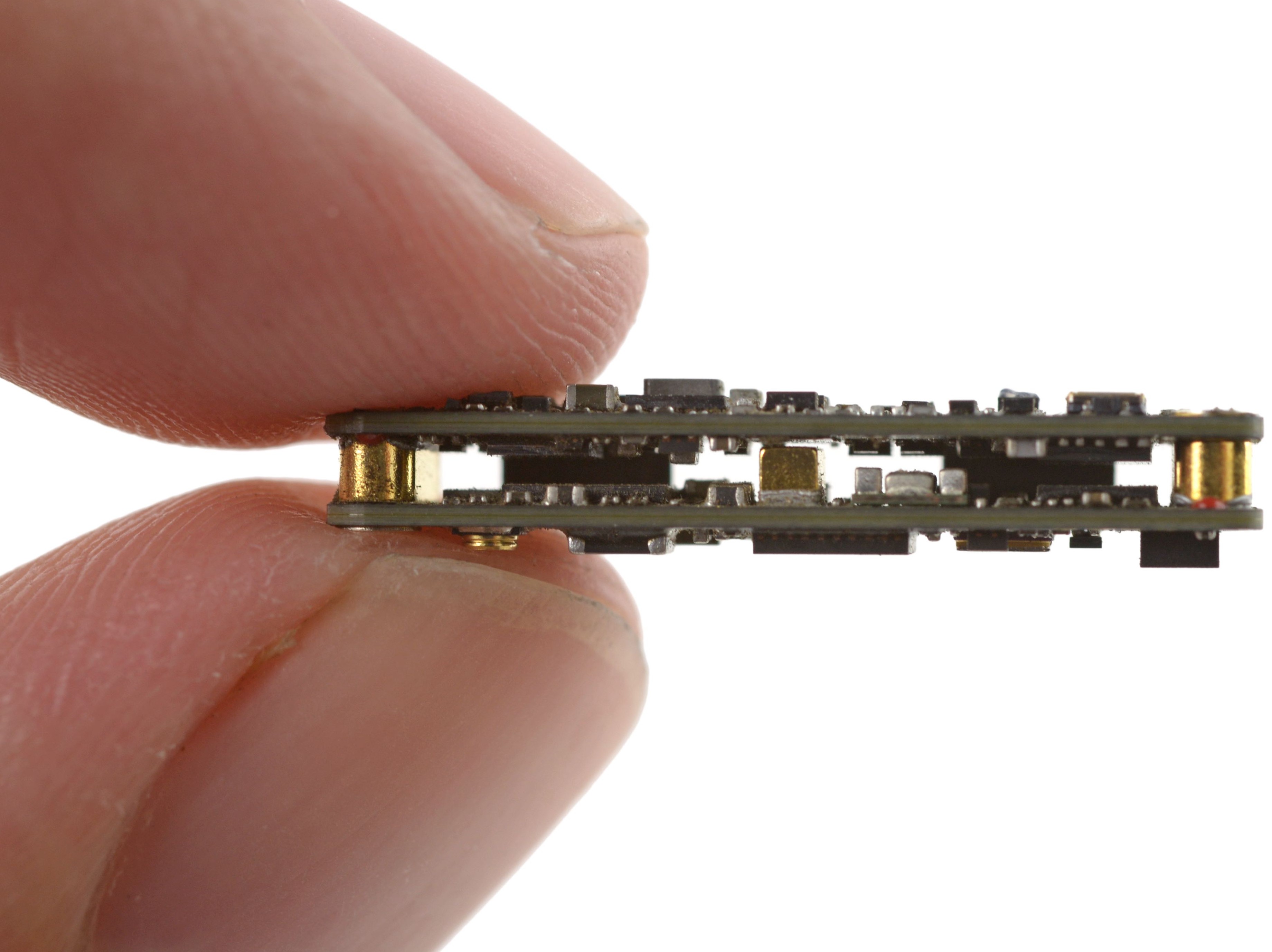 As for the logic board, it’s “definitely one of the smallest we’ve ever seen,” weighing in at an incredible one gram. “This little board gets even littler, folding in half to make the most of the minimal space,” notes the teardown.

iFixit identified the following chips inside the Apple Pencil: 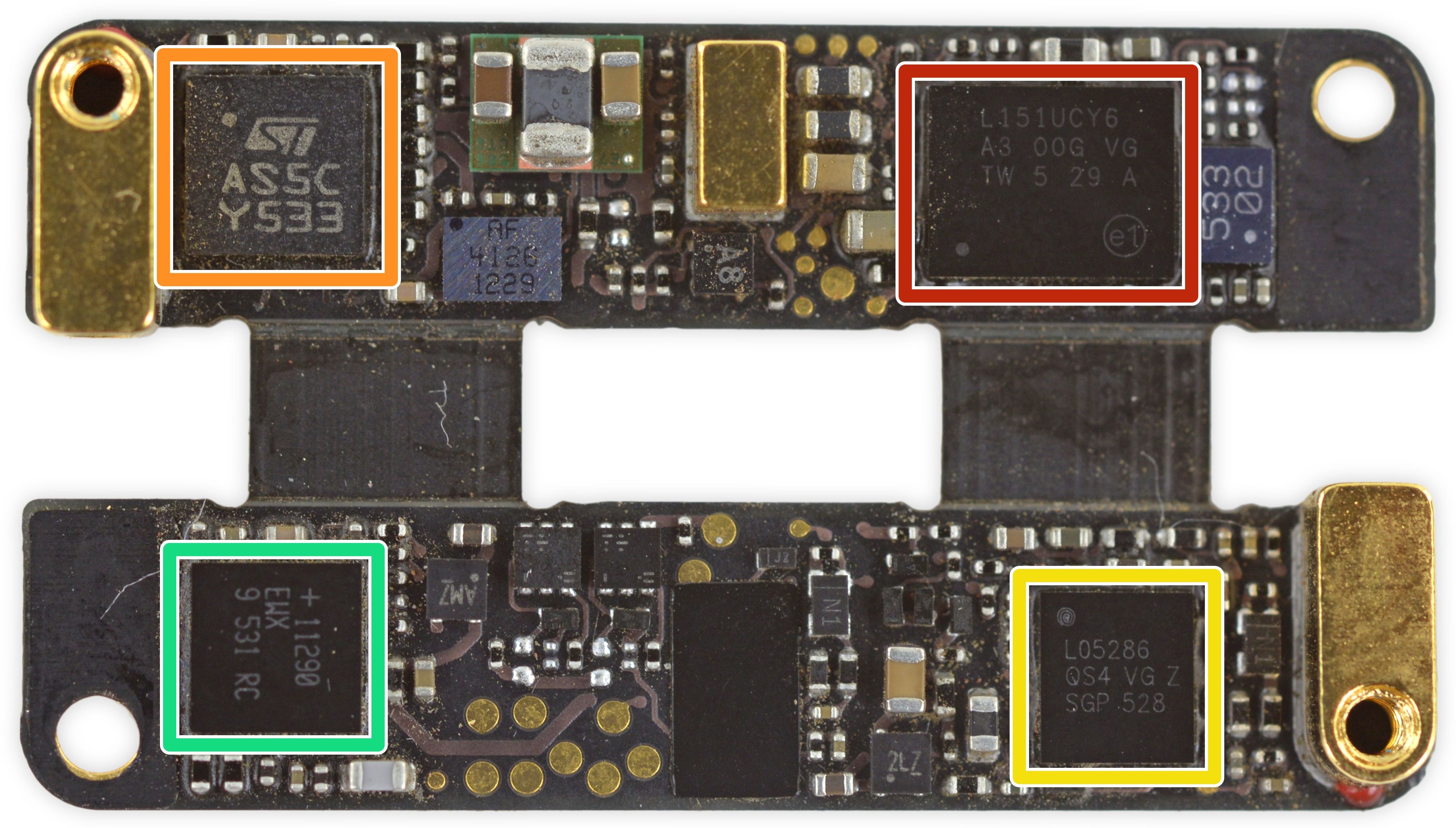 As you might have guessed, it’s really difficult to repair an Apple Pencil because the components are packed so densely together. iFixit gave the accessory a repairability score of one out of ten, ten being the easiest to repair.

While both the pen nib and cap can be replaced if worn out or lost, one cannot get inside the device without destroying it. “The layers of plastic and metal holding interior components are impossible to remove without shredding,” notes the site. 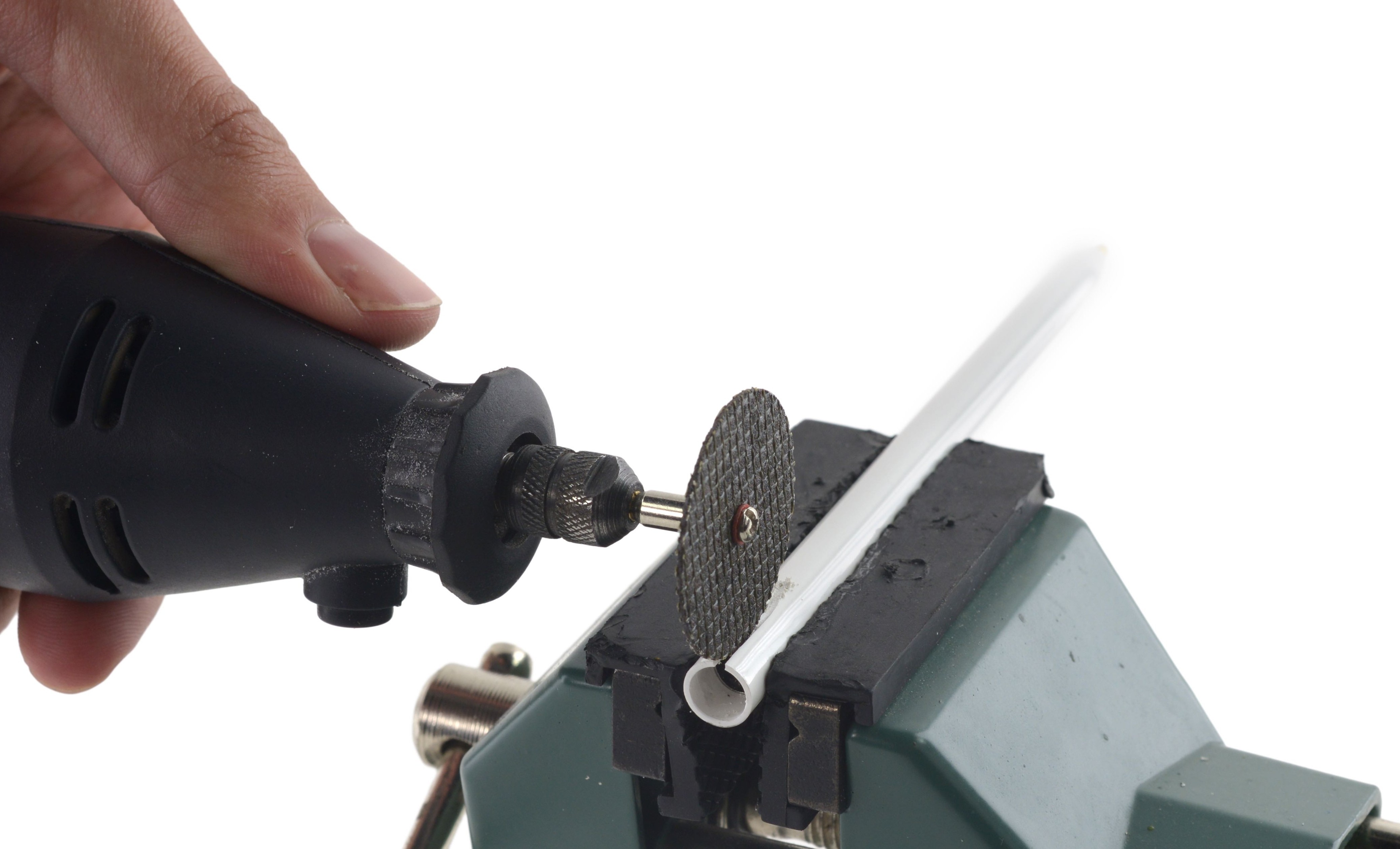 More worryingly, however, the built-in battery “is impossible to replace,” giving the device a limited lifespan. “When the Pencil’s 0.329 Wh battery dies for the last time, so does the Pencil,” notes iFixit.

Apple usually provides battery replacement services for iOS devices and Mac notebooks but has yet to announce one for the Apple Pencil.