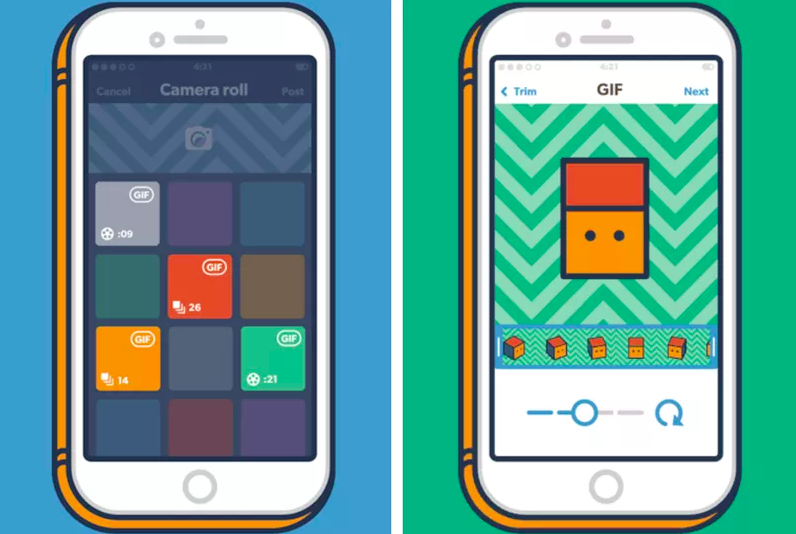 Yahoo-owned blogging service Tumblr is pushing an update to its iPhone, iPod touch and iPad application in the App Store today, and it brings with it a headline new feature: a tool which helps turn your photo bursts and videos into animated GIFs that can be easily shared on the service, as first reported by The Verge.

This removes much of the friction that comes with having to do the conversion yourself. The update is being rolled out as we speak so you might not see it just yet.

The app analyzes content in your Camera roll to see which photo bursts and videos might qualify as animated GIFs. The app then presents those GIFable moments right alongside your other content in the Camera roll images, ready to post.

“If you have a long video or burst, Tumblr will ask you to trim the GIF down to about three seconds,” The Verge explains. You can speed up or slow down an animated GIF before posting, set looping and choose if it should play back and forth endlessly.

The update is scheduled to roll out in the App Store later today. These handy GIF creation features will be making their way to Tumblr’s Android edition soon.

If you don’t see the update live in the App Store’s Purchased section, try opening this link on your iOS device. It will take you directly to Tumblr’s App Store page  so  you can see if the update shows as available.

Grab Tumblr at no charge from the App Store.