Apple today announced on its portal for developers that it is doubling the previous limitation of up to 1,000 beta users in TestFlight to 2,000 external testers who can beta test an iPhone, iPod touch, iPad or Apple TV app.

In addition, the company is extending beta periods on a per-app basis to sixty days, a twofold increase over the previous beta expiration limit of 30 days.

“Now you can invite up to 2,000 users to beta test your iOS and tvOS apps before you release them on the App Store,” reads a notice on Apple’s website. The number of internal beta testers per app continues to be capped at 25 people on ten devices each.

TestFlight is an online service and an app for over-the-air installation and testing of iOS and tvOS applications. After purchasing TestFlight in February 2014, Apple has provided the service to members of the Apple Developer program who write iOS and tvOS apps. 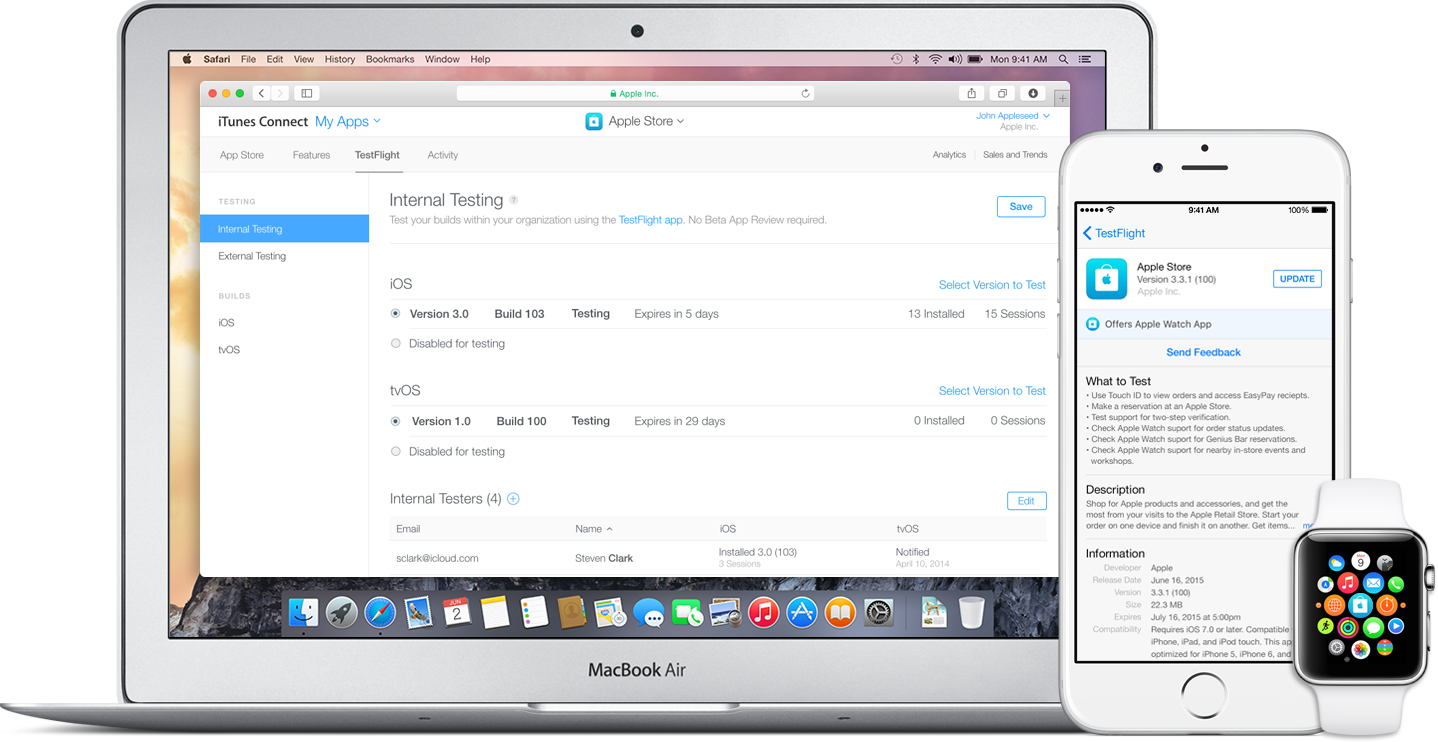 Developers commonly use TestFlight to distribute their work-in-progress code to both internal and external beta testers, using just their email address.

Updates to beta apps are delivered through TestFlight, too, and testers can send their valuable feedback about the app to developers alongside remote logs and crash reports.

You can learn more about TestFlight at developer.apple.com/testflight.

TestFlight for iOS is available for free in the App Store.