While it’s possible to receive promo codes for Apple TV apps, it’s not possible to redeem such codes directly from the Apple TV interface itself. Even though the newly released Apple TV is the first iteration of the device capable of running native apps, Apple is keeping the process of promo code redemption limited to iOS or the Mac.

Have you received a promo code for an Apple TV app or game? In this post, we’ll show you how to redeem it.

There are basically two ways to redeem an Apple TV app promo code. You can use iTunes on your Mac, or you can use iOS…

How to redeem an Apple TV promo code from iOS

Step 3: scroll to the bottom of the screen and tap the Redeem button

Step 5: redeem the promo code by using the camera or entering it in manually 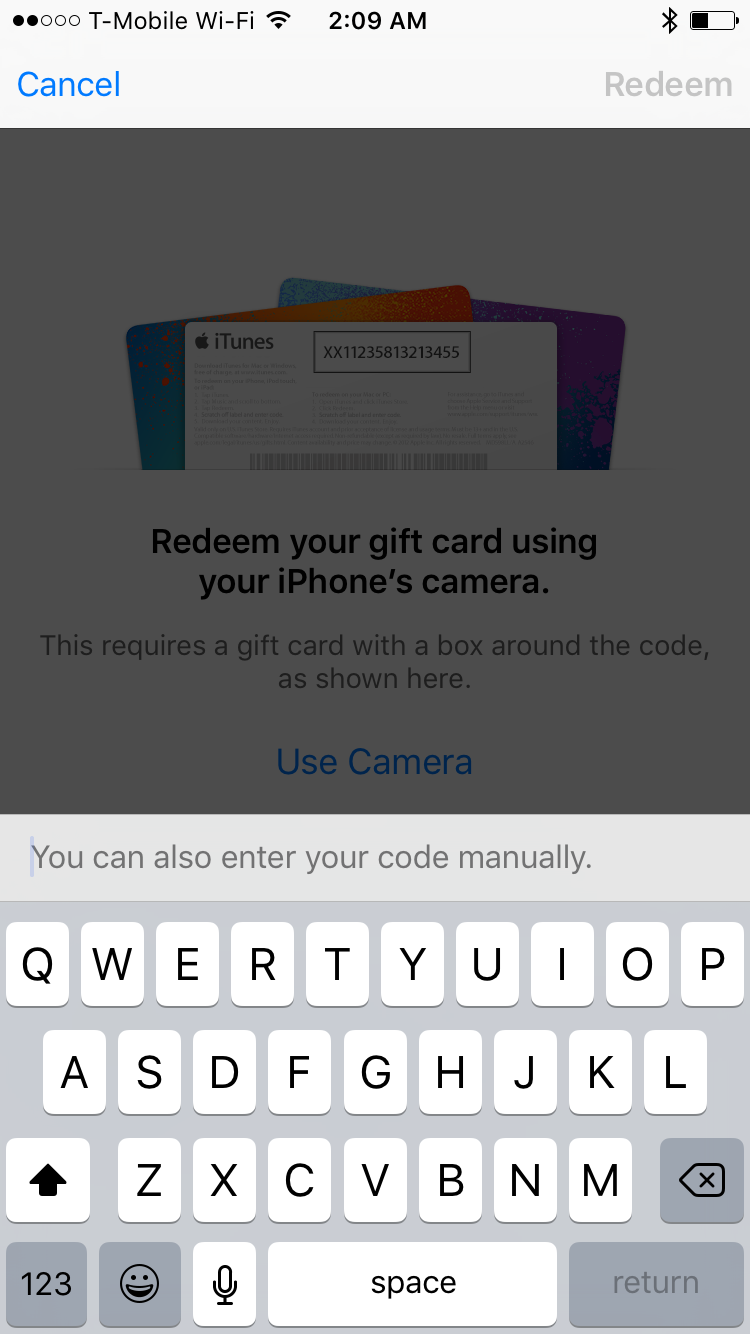 Step 6: open the App Store on your Apple TV and click on Purchases. You should see the app that you redeemed the promo code for under your purchased apps. Keep in mind that you may have to close out of the App Store or exit from the Purchased tab before the new app appears. 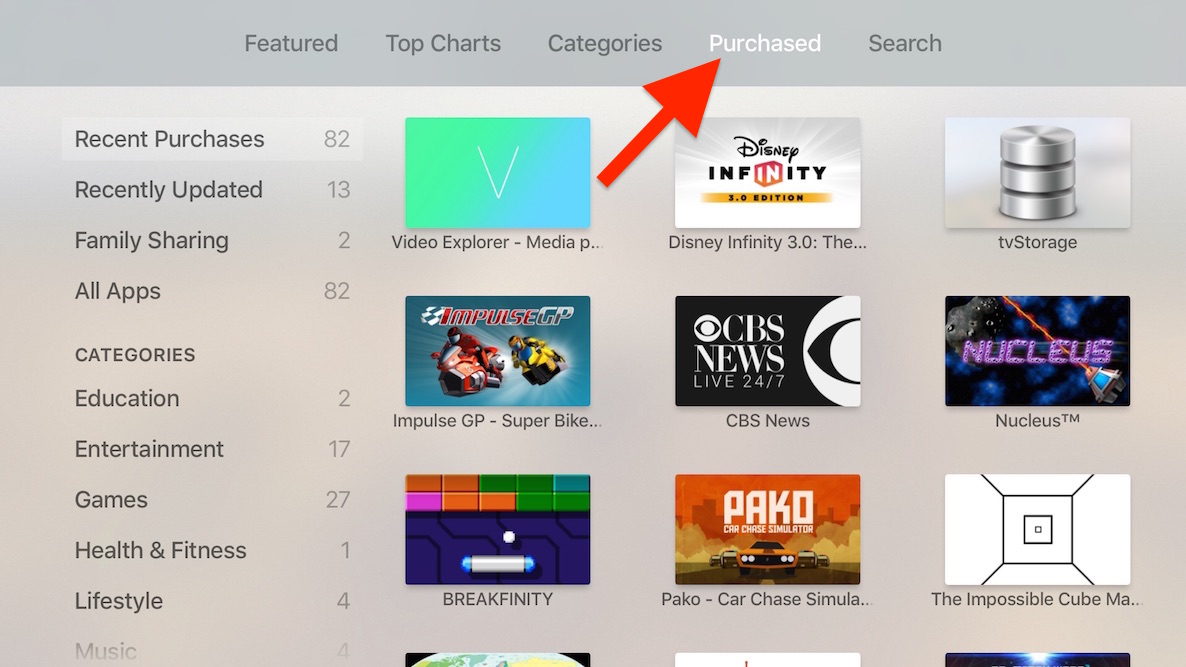 Apps acquired via promo code will appear under Purchased

How to redeem an Apple TV promo code from Mac

Step 2: Open the iTunes Store and click Redeem in the right side bar

Step 3: enter the promo code and click the Redeem button 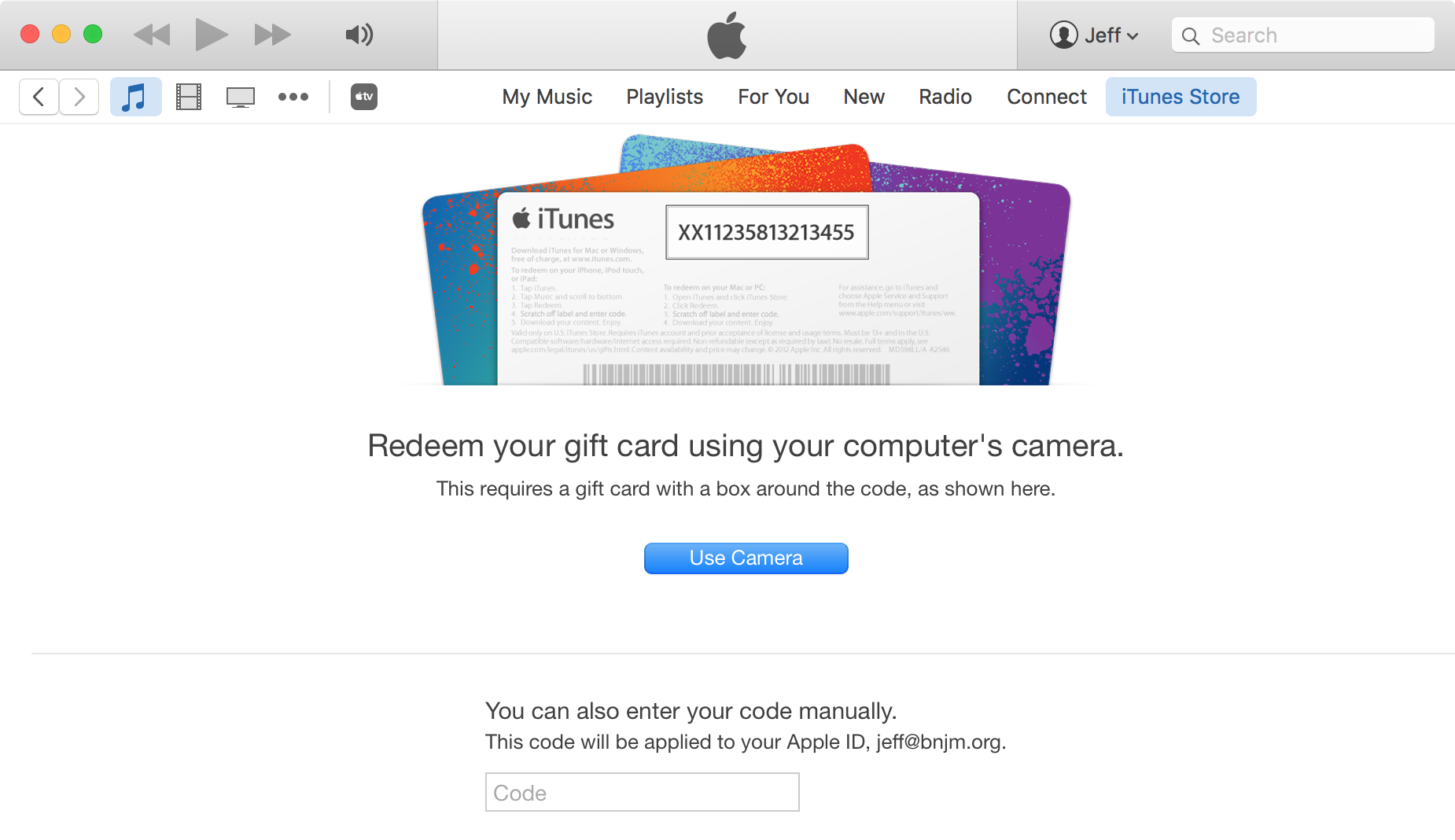 Step 4: open the App Store on your Apple TV and click on Purchases. You should see the app that you redeemed the promo code for appear under your purchased apps. You may have to close the Apple TV App Store, or at least leave the Purchased tab before your new app shows up.

Even if the app that you wish to use a promo code for is an Apple TV-only app, you’ll still have to go about redeeming the code using iOS or OS X. Perhaps in the future, there will be a way to redeem a promo code without a Mac or iOS device, but for now, it’s the only way.