Apple has submitted a new patent application with the United States Patent & Trademark Office (USPTO) Thursday that would make the iPhone more secure by allowing users to place their device in a lock-down mode simply by putting a certain finger on the Touch ID fingerprint sensor.

Titled “fingerprint activation of a panic mode of operation for a mobile device,” it describes unlocking a Touch ID device with a specific finger to activate a special lock-down mode that would make personal data stored on the device inaccessible to the user, or activate different modes of operation based on the particular fingerprints.

In another embodiment, the panic mode could be set up to start recording video or take photos of the person using the phone, which could be useful in cases of theft.

In others, panic mode could even trigger the iPhone’s microphone and transmit both video and audio to emergency response providers, such as a nearest police station, hospital or other relevant agencies.

This could be useful as both theft deterrent or a life-saver in situations when a user’s life or wellbeing might be threatened.

“Depending on the fingerprint that was captured, a particular action may be carried out when the device is unlocked. In one example, a fingerprint of an index finger may indicate that a call is to be placed,” Apple writes.

“When the fingerprint of the user’s index finger is captured, when the mobile device is unlocked, a telephone application may be launched to allow the user to place a call after the mobile device has been unlocked.”

Panic mode could include a follow-up call mechanism to permit emergency service providers to check in with the user periodically via voice or SMS and alert the authorities if no response is received.

Apple goes on to further explore using the iPhone’s GPS and cellular network triangulation to help track the user’s location in panic mode in case of an emergency, without requiring any additional input from the person that activated the panic mode. 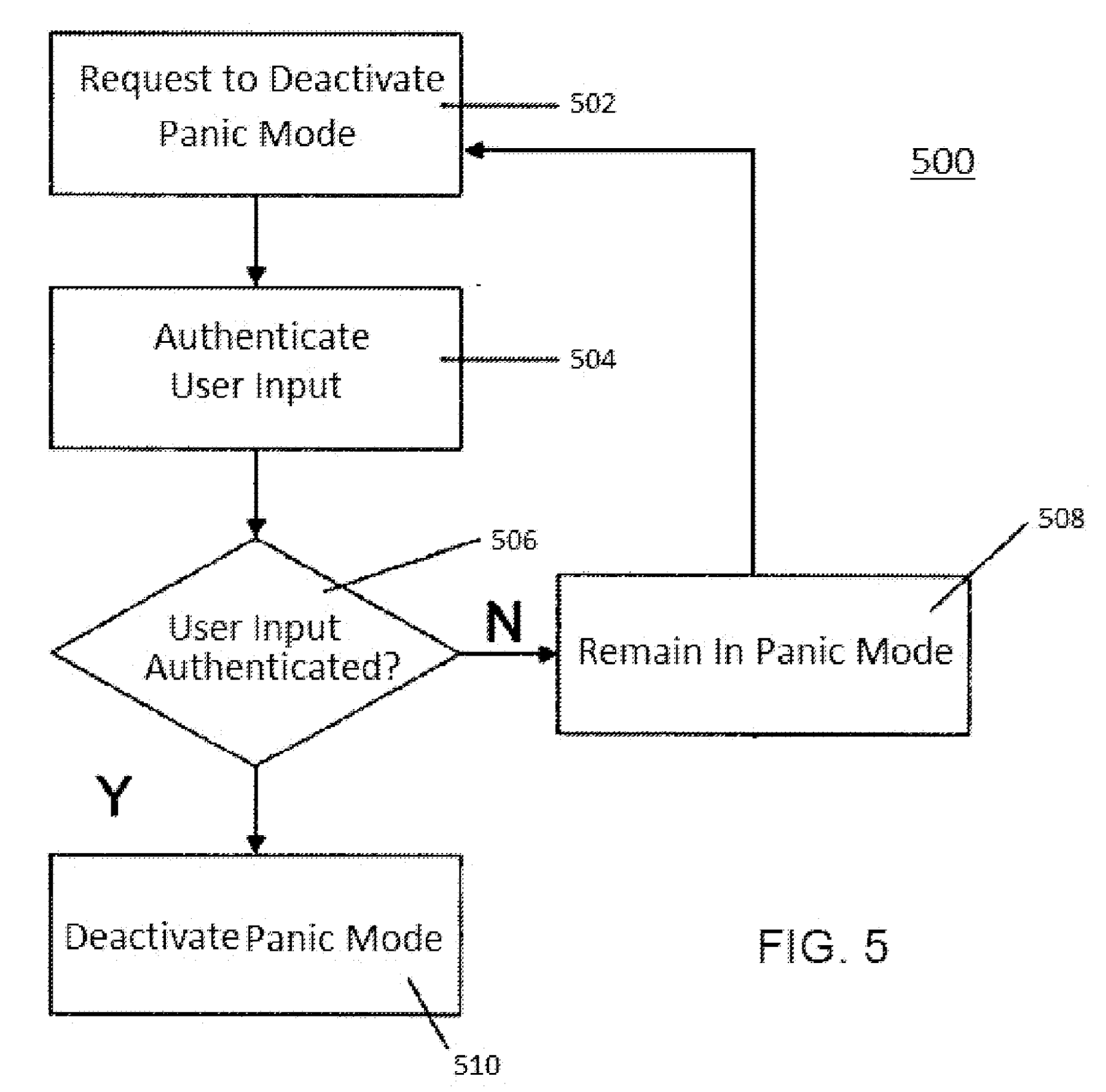 Moreover, the device in panic mode could automatically call 911 to notify law enforcement and provide your location to alert emergency service providers of possible emergencies. In panic mode, your iPhone could even send distress signals using multiple mechanisms, such as SMS, phone calls, GPS and cellular locators.

“If the user confirms that there is an emergency, or if contact with the user cannot be established, the mobile device may make contact with the emergency service providers immediately or after a pre-defined delay period expires,” reads the patent abstract.