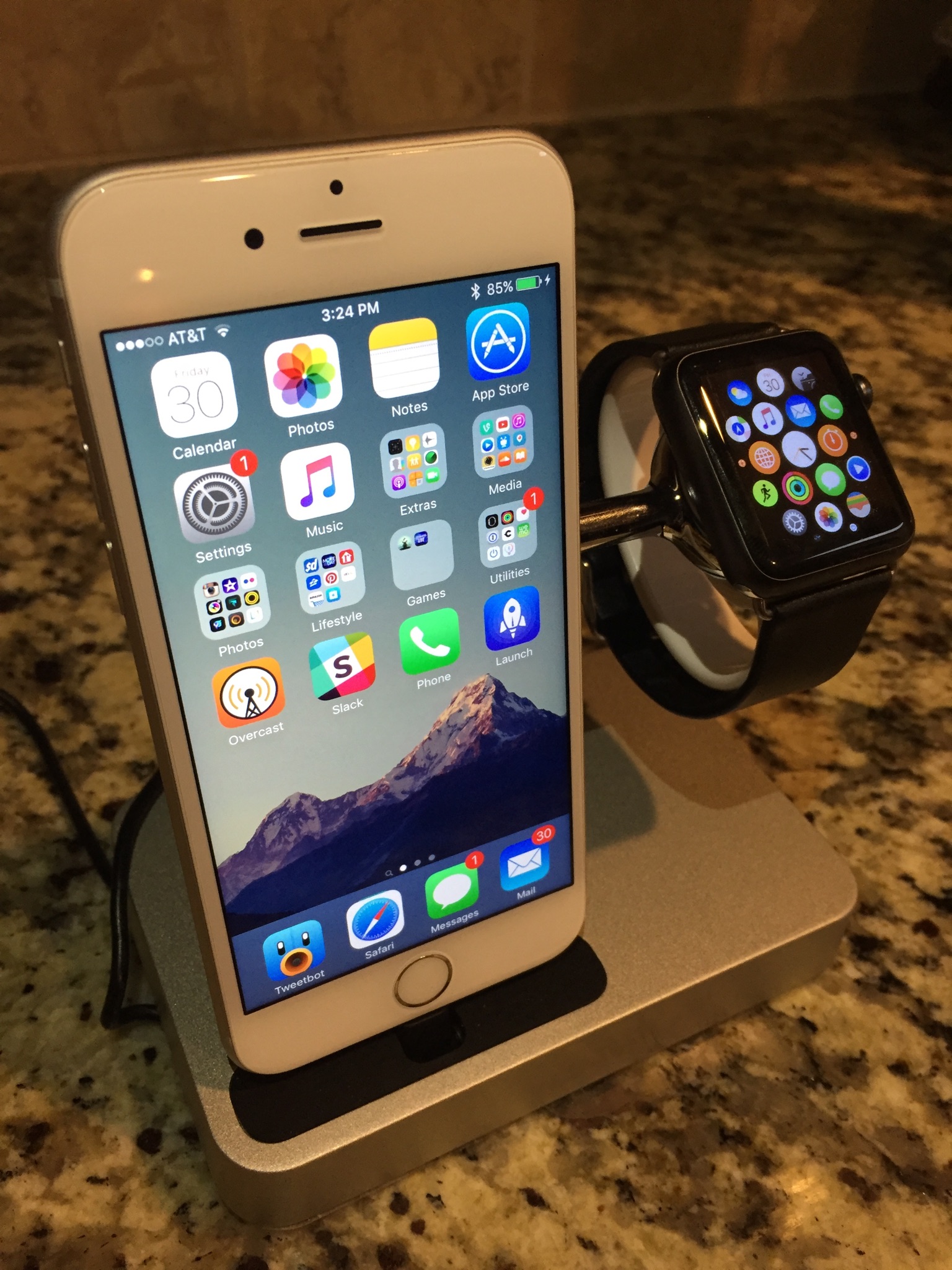 Shortly after Apple announced that it would allow manufacturers to include Apple Watch charging pads in their accessories, Belkin unveiled the Charge Dock. It’s a charging dock with a built-in magnetic charger for the Watch and an adjustable Lightning connector for iPhone.

The Dock checks all of the necessary boxes: it looks sharp, is very well-made and it carries Made for iPhone and Apple Watch badges, meaning it’s passed Apple’s certification tests. And after using one for the past few weeks, I felt it was good enough to warrant an in-depth review. 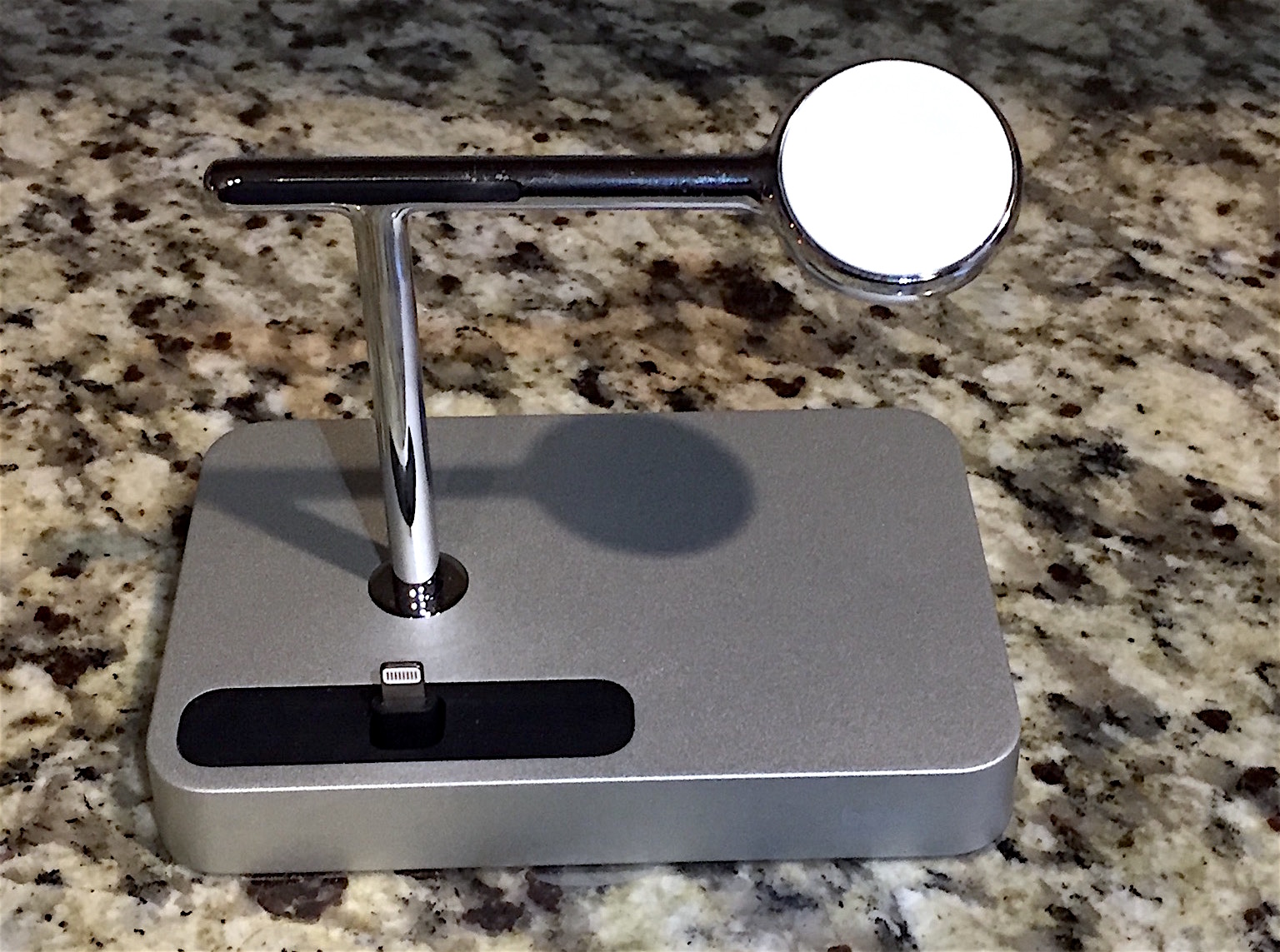 Everything about the Charge Dock feels premium. It features a heavy metal base, and a solid cast arm with a chrome finish. The base includes an adjustable Lightning connector for your iPhone, and the arm has an integrated, magnetic Apple Watch charger with a detachable band clip.

It seems like everything has been thought of here. There’s a small rubber strip across the left side of the cast arm so that you can lean your iPhone up against it without worry of damage, and the Lightning plug can be adjusted up or down via a dial on the back of the base for the perfect fit. 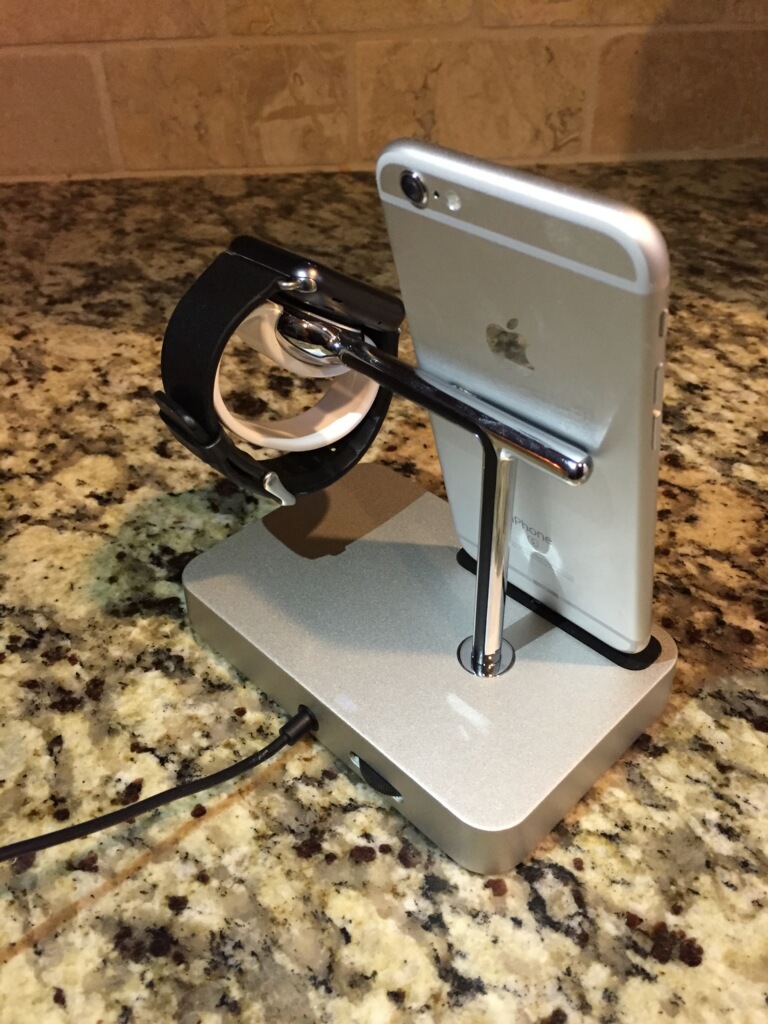 That doesn’t mean the Charge Dock is perfect though. The most notable flaw is that it doesn’t allow the Apple Watch to sit horizontally, so you can’t use the new Nightstand mode feature in watchOS 2. It’s also extremely pricey compared to other stands—coming in at just under $130.

So should you get one? I would. If you own an Apple Watch and an iPhone, and are in the market for a dual-charging stand, I don’t know of anything available right now that’s better than this. You don’t need to provide any cables, there’s no assembly required. You just plug it in and go.

Also be sure to check out these other Apple Watch dock/stand reviews: