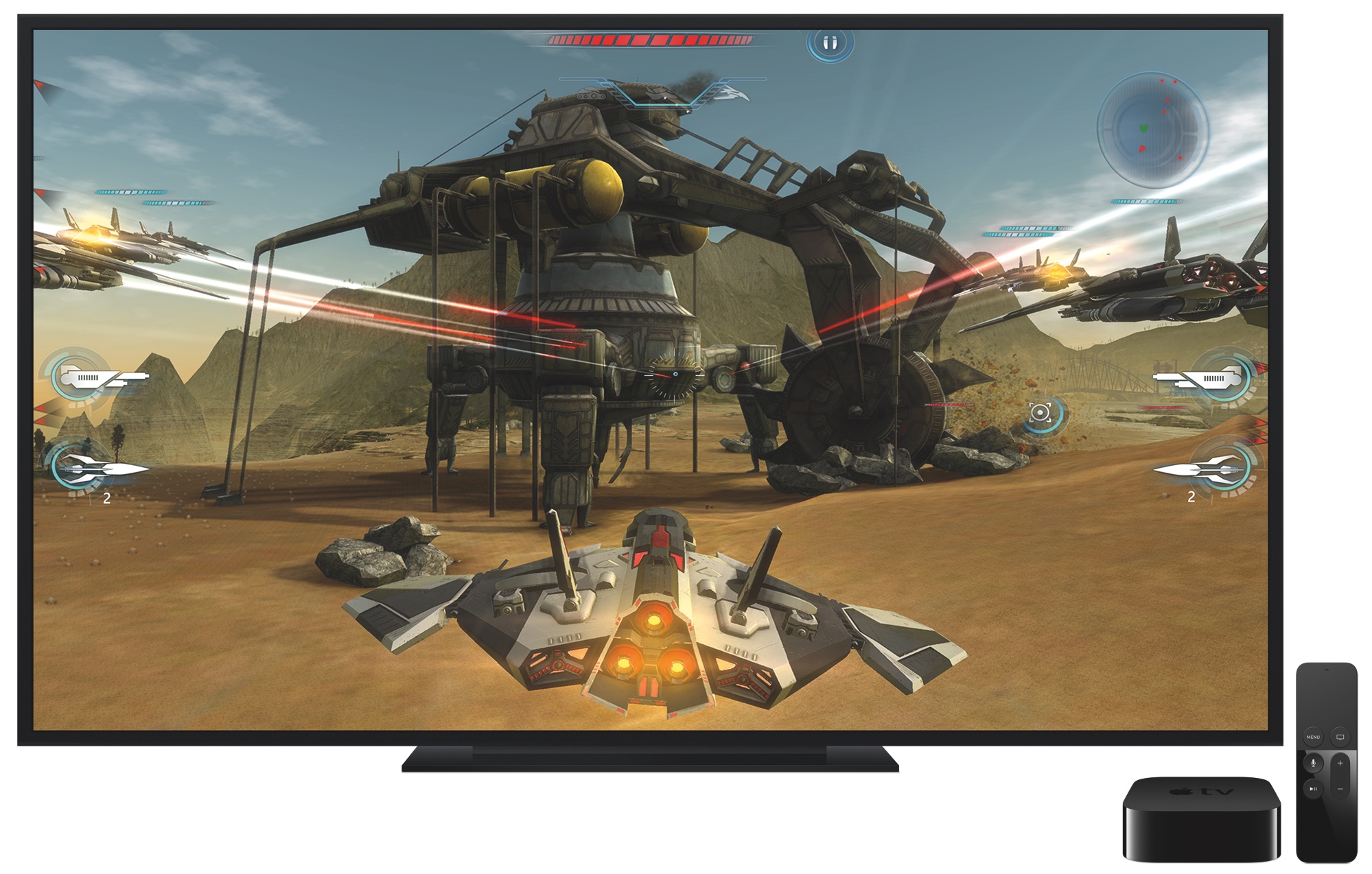 Unlike the regular App Store for iPhone, iPod touch and iPad application, a brand new tvOS App Store for Apple’s latest fourth-generation Apple TV makes it easy to distinguish at-a-glance between games that offer support for ‘Made for iOS’ (MFi) gamepads and game controllers and those that don’t.

As first observed by AppleInsider over the weekend, not only does the device’s App Store storefront app clearly states whether or not a game supports dedicated MFi game controllers, but compatible controllers can be used to navigate across the entirety of tvOS.

As an example, Gameloft’s Asphalt 8: Airborne racer offers information about gamepad connectivity in a much clearer manner than on the regular App Store, with the listing featuring a controller icon and a label that reads: “Game Controller Optional.”

Contrast this to the regular App Store, where gamepad compatibility is dug under the app description which most people don’t bother reading in its entirety. 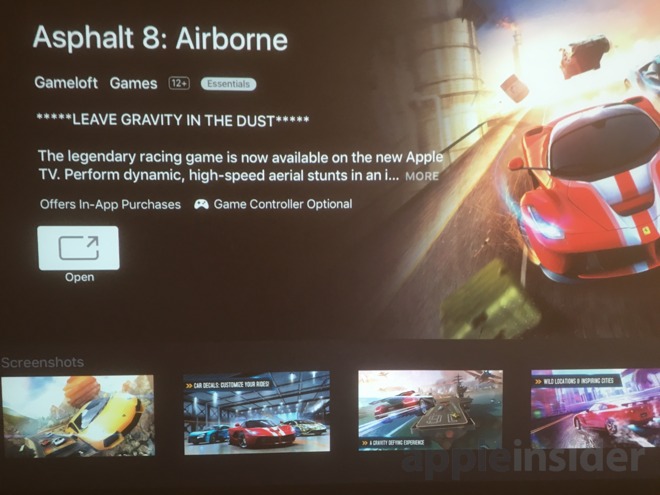 “These two inclusions make tvOS a platform much better suited for third-party physical gaming controllers than iOS, where it remains a far more frustrating and confusing experience,” AppleInsider opined.

Flagging gamepad-enabled apps is a good start, but in my personal opinion Apple really needs to consolidate how apps and games are presented in the App Store, Mac App Store, Apple Watch App Store and Apple TV App Store.

Any iOS-compatible Bluetooth controller is supported on the new Apple TV, with gamepad buttons translating to actions in tvOS as follows:

There’s no reason to put gamepad compatibility information front and center in the Apple TV App Store and burry it in the App Store for iPhone, iPod touch and iPad software, wouldn’t you agree?