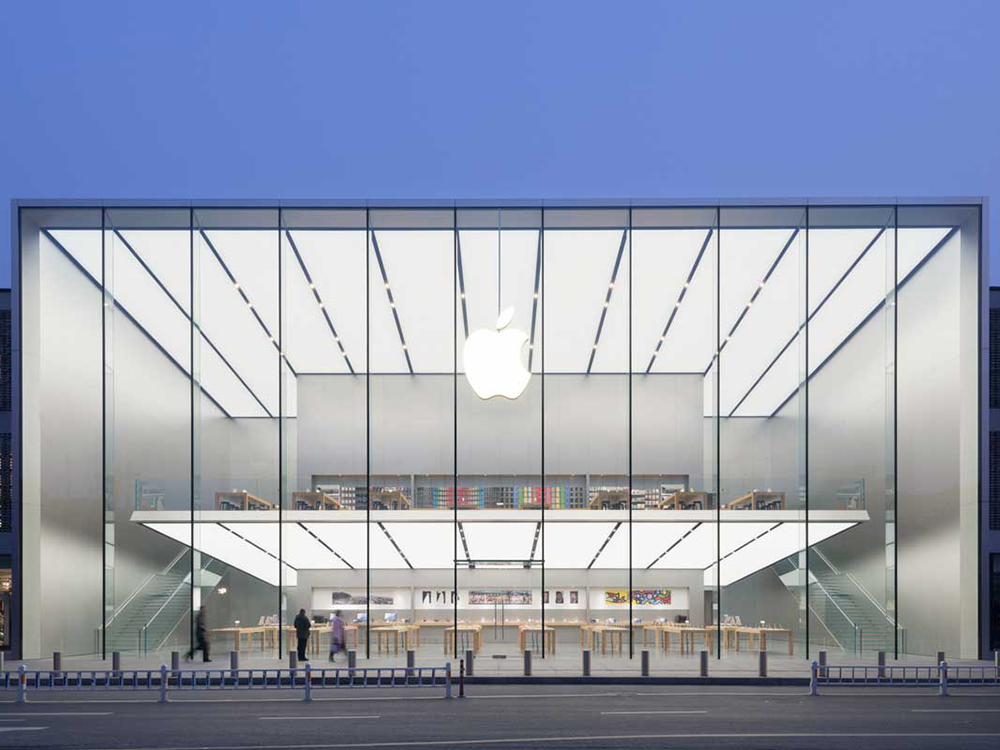 Apple on Tuesday posted its [fiscal] fourth quarter earnings for 2015, offering a look at its performance over the past 3 months. The company shattered most of its sales figures from the same year-ago quarter, but came in under Wall Street expectations in the most important category: iPhone sales.

Analysts were expecting Apple to sell 48.5 million smartphones during Q4, but it fell a bit short at 48.05 million. And although market watchers anticipated lower-than-last-year iPad numbers, the firm came in under tablet sales projections as well. Keep reading for a full breakdown of the numbers.

“Fiscal 2015 was Apple’s most successful year ever, with revenue growing 28% to nearly $234 billion. This continued success is the result of our commitment to making the best, most innovative products on earth, and it’s a testament to the tremendous execution by our teams,” said Tim Cook, Apple’s CEO. “We are heading into the holidays with our strongest product lineup yet, including iPhone 6s and iPhone 6s Plus, Apple Watch with an expanded lineup of cases and bands, the new iPad Pro and the all-new Apple TV which begins shipping this week.”

“Apple’s record September quarter results drove earnings per share growth of 38% and operating cash flow of $13.5 billion,” said Luca Maestri, Apple’s CFO. “We returned $17 billion to our investors during the quarter through share repurchases and dividends, and we have now completed over $143 billion of our $200 billion capital return program.” 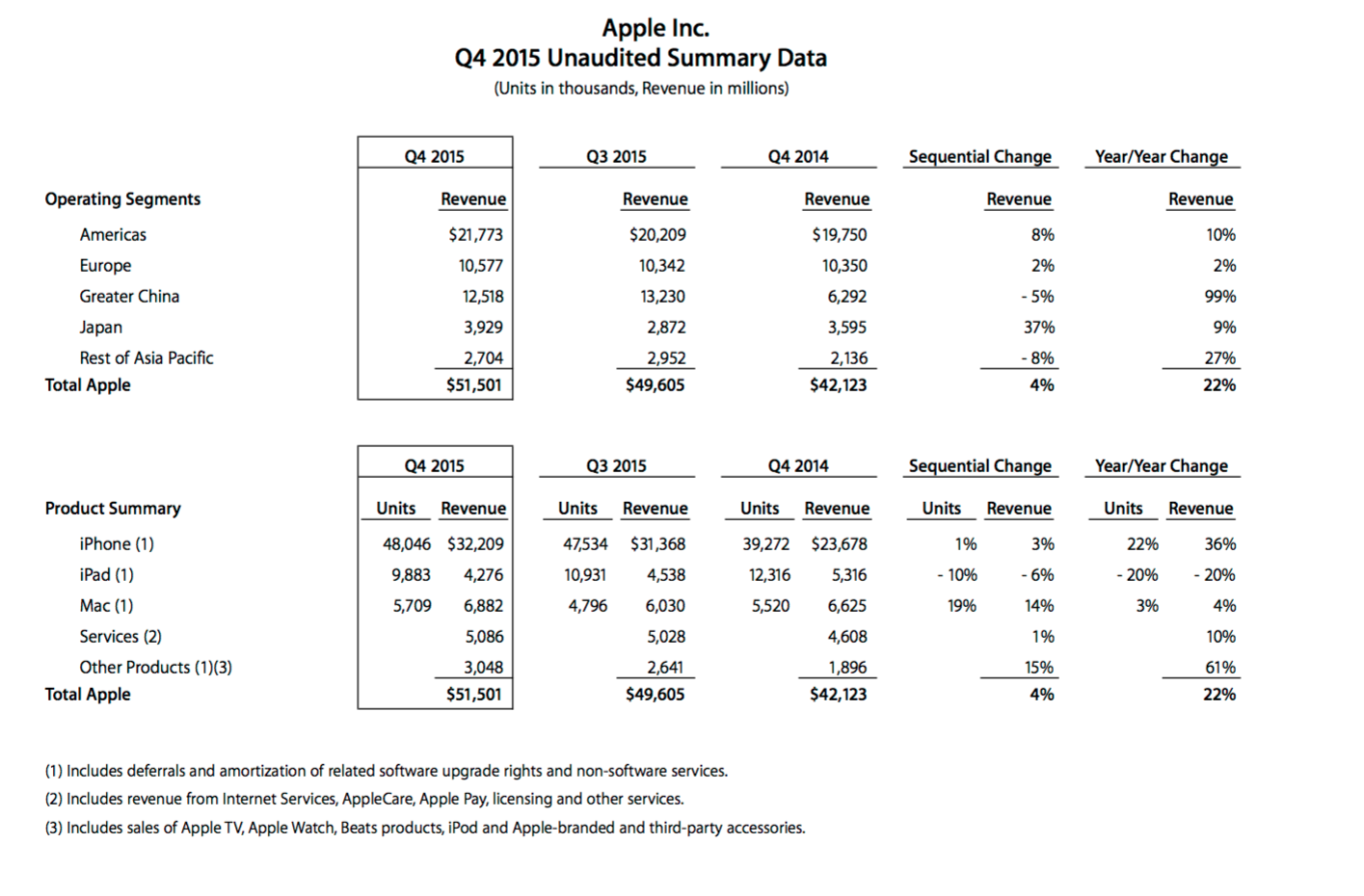 Although Apple may not have impressed Wall Street in Q4, it put up some staggering numbers, and once again set itself up for a monster holiday quarter. With two new iPhones, Macs, the Apple Watch, an all-new iPad and Apple TV, the company is going to have some great options for gifts this year.

Apple’s earnings conference call will start in just a few minutes. If you’d like, you can listen to a live webcast of the call via Apple’s online investors portal. Or, as usual, you can continue to check back with iDB throughout the afternoon for highlights and commentary on all major announcements.