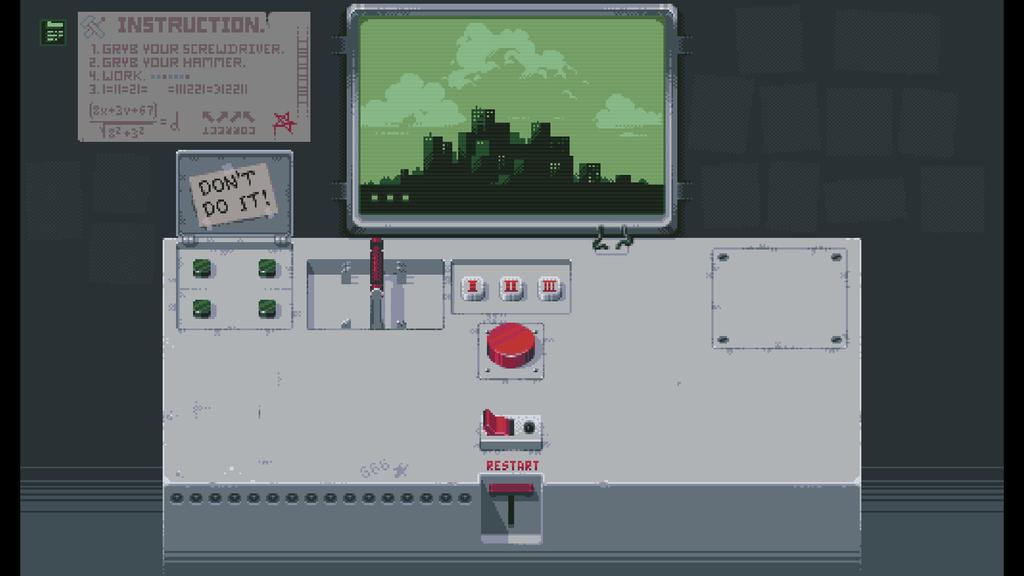 Featuring more than two dozen levels, retro pixel art, atmospheric chip tune soundtrack, touch-optimized gameplay with pinch-to-zoom and support for older devices like the iPhone 4, the iOS edition of the game brings nine exclusive new endings that cannot be found in the Steam version, which released earlier this year.

Will you push a button?

“Covering for a colleague who is taking a bathroom break, you find yourself in front of a mysterious panel which only component is a red button,” developers explain. “And since you’ve clearly been instructed not to touch anything, the only thing you want to do now is push that damn button.” 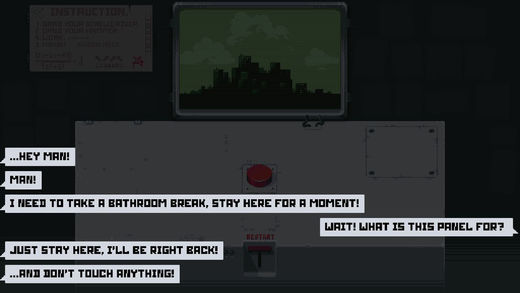 Of course, you will push a button and when you do expect to be held liable “for any unintended aftermath,” of which there will be many. Basically, pushing the button sets various events in motion that happen as you play and enables various switches, levers and messages to discover.

The initial release includes 25 different endings, with more to be added by way of future content updates. Check out the launch trailer below.

The game supports Game Center for global leaderboards, achievements and more. If you’re a fan of retro-focused games with addictive gameplay and simple mechanics, this one’s bound to test your patience and put your grey matter to its limits.

Please, Don’t Touch Anything requires an iPhone, iPod touch or iPad with iOS 5.1.1 or later and is fully compatible with older devices, including the iPhone 4 and later and the iPad 2 and later. The game is also available for Mac and Windows desktops via Steam with cross-platform SteamPlay feature.