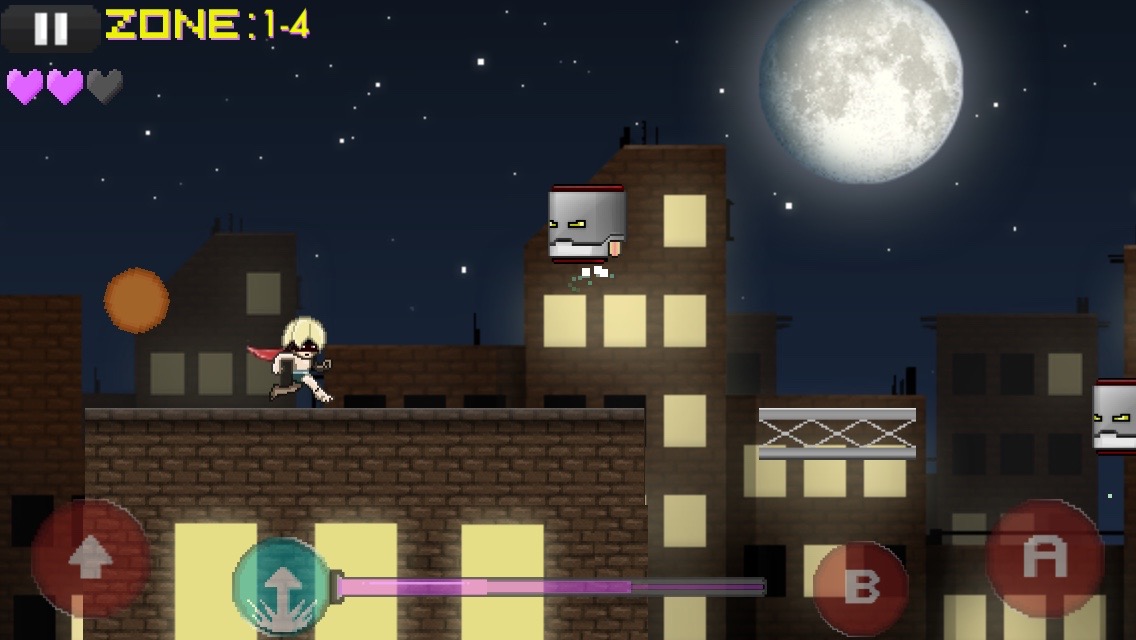 If you are looking for a retro style arcade platformer, this is your lucky week. A brother duo development team has just launched a game that clearly was created from the minds of old school gamers.

Jump Jack is an action platformer that does not stop. Every panel of every level is fast paced and leaves you out of breath. We’ve got a game review of Jump Jack for you today.

You control Jack, a boyish superhero whose baby sister was stolen while the family was asleep. The caped crusader heads out on an auto run platformer to kill all the robots and rescue his sister before it’s too late.

It is as if I grew up with the guys that made this game. They probably played Megaman for hours after school and that is how this game feels. It is partially pixelated, although not over done, and features on-screen buttons so you can control Jack.

The chiptune soundtrack is upbeat and motivating. It fits the theme nicely since you will need motivation to get through the difficult levels ahead. 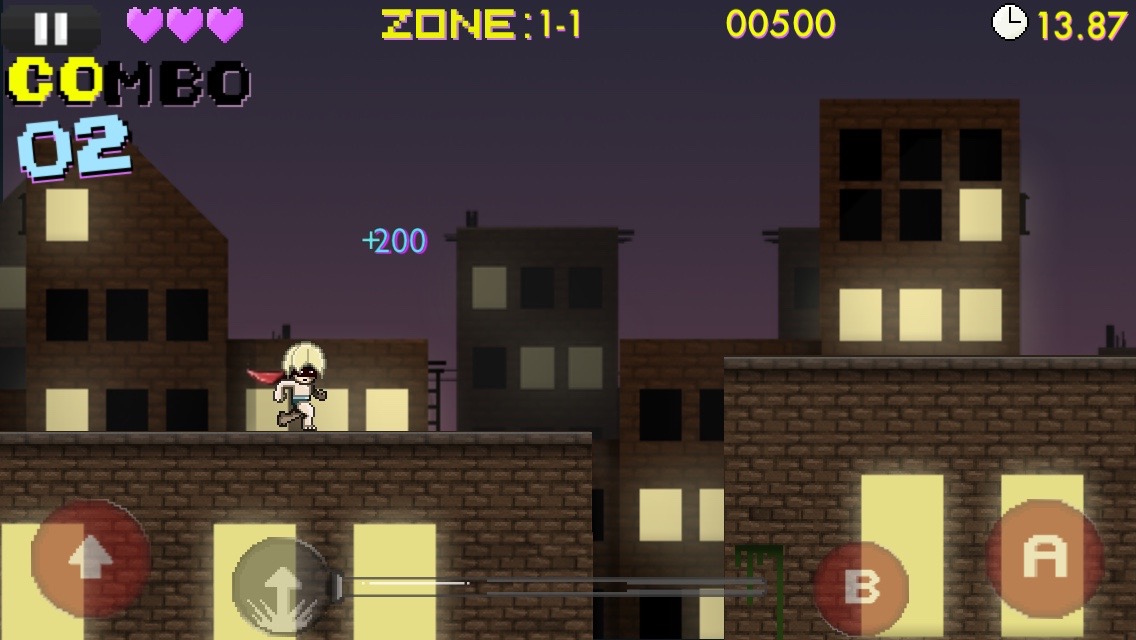 For the most part, the game is typical of an auto run platform game. Players must time their jumps perfectly while avoiding baddies that approach with fervor.

The on-screen buttons are for jumping, shooting, and shielding. There is a special super jump power that you can tap into if you’ve sprinted long enough to fill the power meter.

If you make it through a level without dying, it will only take about a minute, maybe less. However, there are many ways to die and you will likely be replaying levels over and over again.

The game includes some particularly difficult mechanics. For example you can jump off of the head of a robot to help get across wide gaps. However, you must hold down the jump button before you land on its head in order to get high enough to make the gap. Otherwise, you hop right into the open sky and fall to your doom.

All of these elements must be kept in mind while you are racing across building rooftops with no time to think. 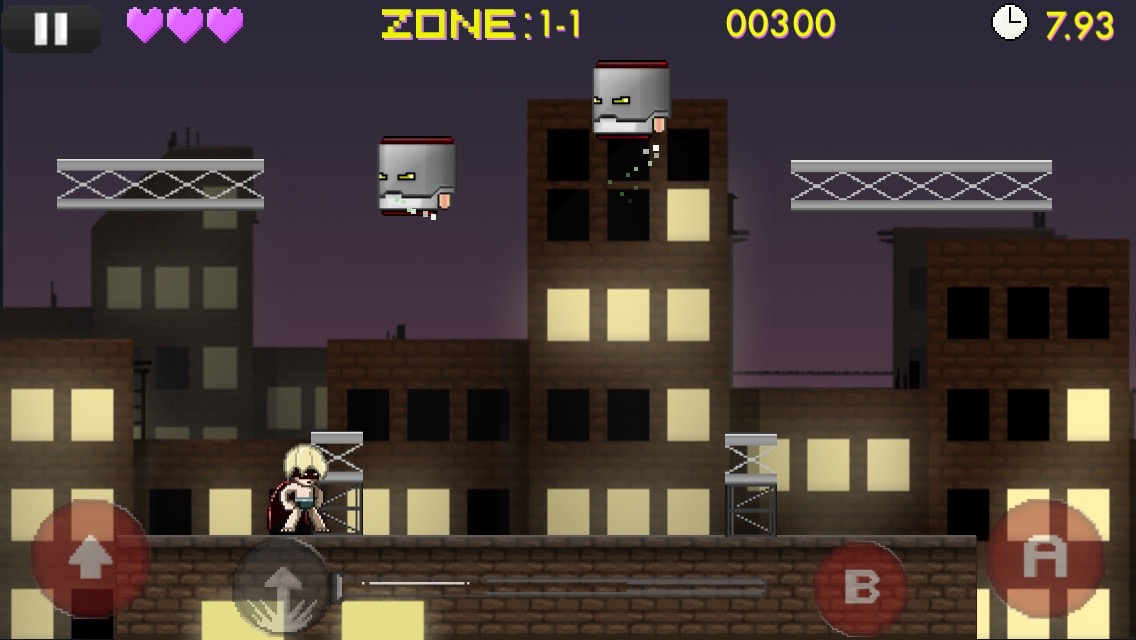 This game is good old-fashion robot-blasting fun. It really forces you to hone your skills at precise timing. It reminds me of the action arcade games from my youth.

Even in easy mode, this game is really hard to play. I never made it past the first world. I know that with practice I will improve my skills and get further, but this game is not a casual stroll through mobile fun land.

Jump Jack costs $0.99. It is easily a game that could be sold for $1.99. It is chock full of fast action and fun. In one sense, the replay value is high because you’ll probably have to replay levels over and over until you reach the end. On the other hand, once you make it past a level, you’ll never want to go back again.

This game is not for everyone. It certainly isn’t a relaxing game. It will have you on the edge of your seat, sweaty palmed, and cursing at the screen. If you grew up throwing your video game controller at the screen when you died, you know what I’m talking about. Fans of classic action arcade platformers will love it. This game is available on the iPhone, iPad, and iPod touch. Download it in the App Store today.

What do you think of this intense action arcade platform game? Let us know in the comments below.