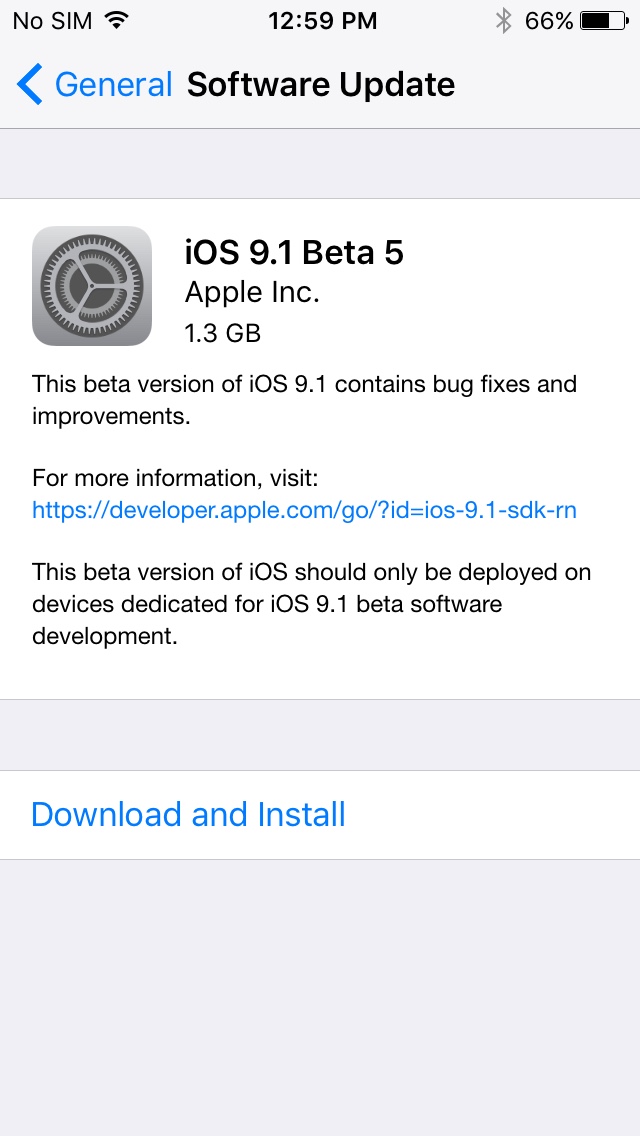 iOS 9.1 beta 5 (build 13B137) for the iPhone, iPod touch and iPad is available to both members of the Apple Developer Program and public beta testers.

In addition, the software is available as a standalone download through Apple’s portal for developers.

To apply the update over-the-air on your device running an iOS beta, go to Settings → General → Software Update. Public beta testers signed for the Apple Beta Software Program can also install this update.

Release notes accompanying the download contain no mention of new features, with an over-the-air update prompt stating that this beta version of iOS 9.1 contains bug fixes and unspecified improvements.

According to release notes, developers should look out for a few remaining issues related to iCloud Keychain, PhotoKit, Restore and UIKit, signaling that a public launch is around the corner.

Among other things, iOS 9.1 will bring support for new emojis, including taco, burrito, cheese wedge, popcorn, middle finger and many more.

There will be some fresh new wallpapers, too.

More important than the pretty backdrops, however, iOS 9.1 contains compatibility support for the forthcoming iPad Pro and Apple Pencil and developer support for the Live Photos feature on the iPhone 6s and iPhone 6s Plus.

The first beta of iOS 9.1 was seeded to developers following Apple’s iPhone 6s event in September 2015 at the Bill Graham Civic Auditorium in San Francisco.

We’ll update the article with other changes in iOS 9.1 beta 5 as we encounter them. Feel free to help us out by posting your own findings down in the comments.