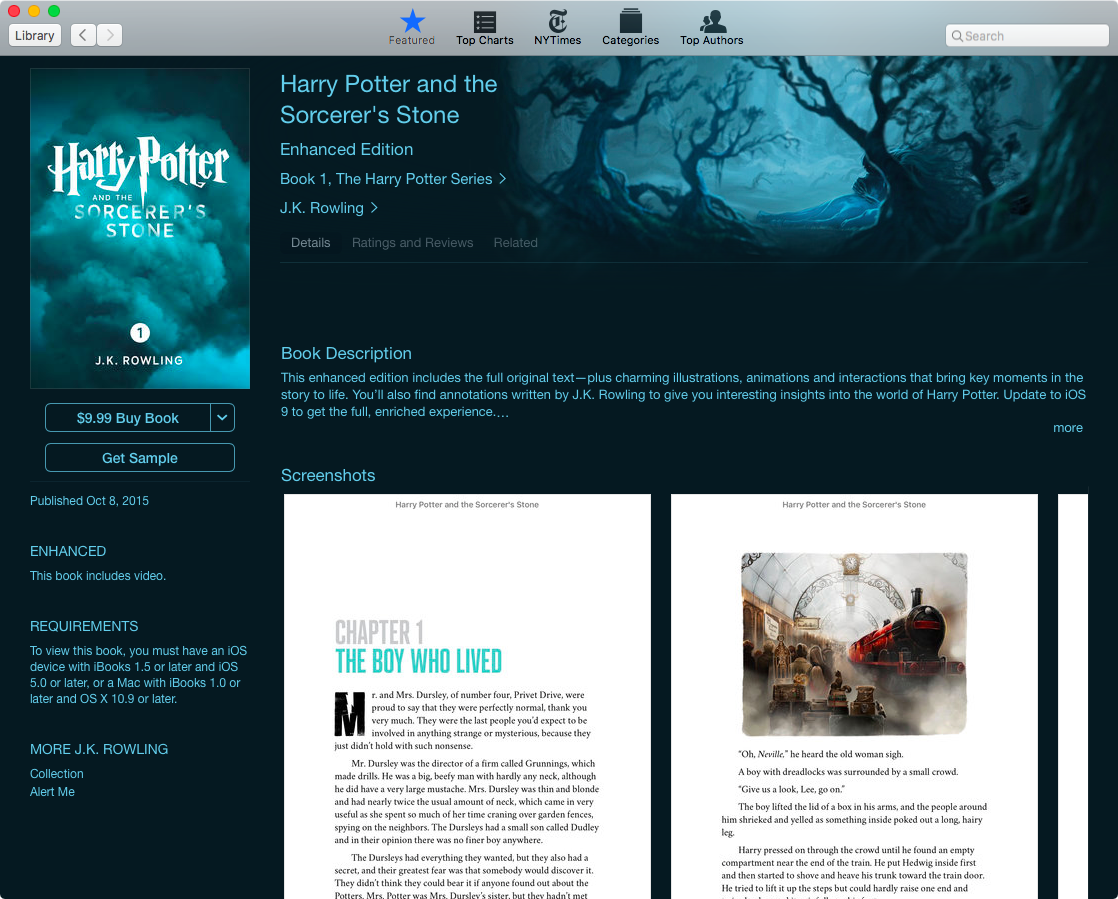 “Harry Potter fans are going to love how their favorite stories come to life,” said Tim Cook, Apple’s CEO. “J.K. Rowling’s legendary series is perfect for enjoying on your iPad or iPhone and we’re thrilled to offer them exclusively on the iBooks Store.”

“I’m thrilled to see the Harry Potter books so beautifully realised on iBooks for the digital world; the artwork and animations in these enhanced editions bring the stories alive in a delightful new way,” said J.K. Rowling.

The Harry Potter Enhanced Editions are available in English for $9.99 each in 32 countries out of the 52 markets where the iBooks Store operates.
Pre-orders also begin today for French, German and Spanish versions, and will be available on November 9 in 18 additional countries.