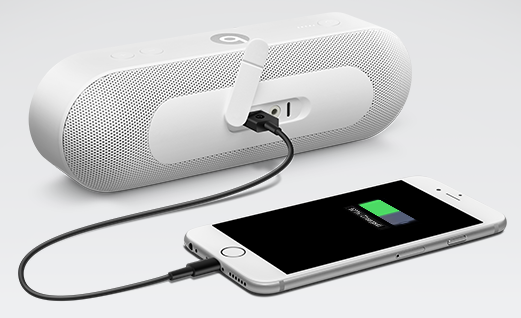 Apple-owned Beats by Dr. Dre today announced its very first wireless speaker since joining the Cupertino firm in May 2014 deal valued at more than $3 billion.

The new Pill+ is Bluetooth-enabled, lighter than its predecessor and comes with a twelve-hour battery that can be used to charge your devices through the USB and USB-C ports found on the back.

The Pill+ is slightly larger than the original Pill speaker and uses the stereo active 2-way crossover system to create an optimized sound field.

“When you obsess about sound the way that we do at Beats, portable Bluetooth speakers can be very tricky,“ said Beats President Luke Wood.

“We spent countless days, weeks, months testing for that perfect combination of form and function – small enough to travel but still big enough to feel the emotion of the music. That’s what you get with Pill+.”

Weighing in at 1.5 pounds, the speaker is light enough to be carried around in a bag.

The speaker uses the same acoustic mechanics found in professional recording studios around the world for the tweeters and woofers (two of each), according to Beats. 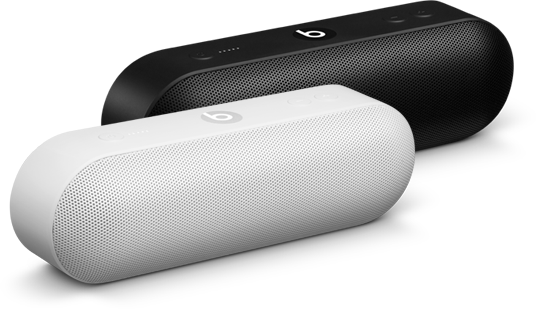 Rubberized buttons (power and volume controls) have been repositioned to the top of the speaker for faster access. There’s also a metallic Beats logo which can be pressed to play/pause the playback and a line in audio port.

As mentioned, the built-in twelve-hour battery powers the speaker itself and also fast-charges iOS devices in three hours through the built-in USB port into which you can hook up your Lightning cable.

The fuel gauge indicates your power level. The internal battery can be recharged through the speaker’s built-in USB port.

To take advantage of the full set of additional features and functionality, they created a brand new companion app for your iPhone. Some of the features available through the Beats Pill+ app include the ability to control the music from two Bluetooth sources. 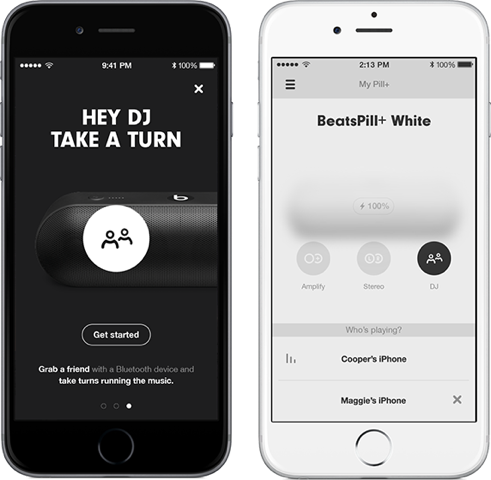 You can also add a second Pill+ to simultaneously play from both speakers for a sound that’s twice as full and sync two Pill+ speakers together for dedicated left and right playback and an even more dynamic sound experience.

Beats has shipped over a million Beats Pills worldwide since the product launched in 2012. As you know, Beats has recalled its bigger Pill XL speaker over a fire risk. 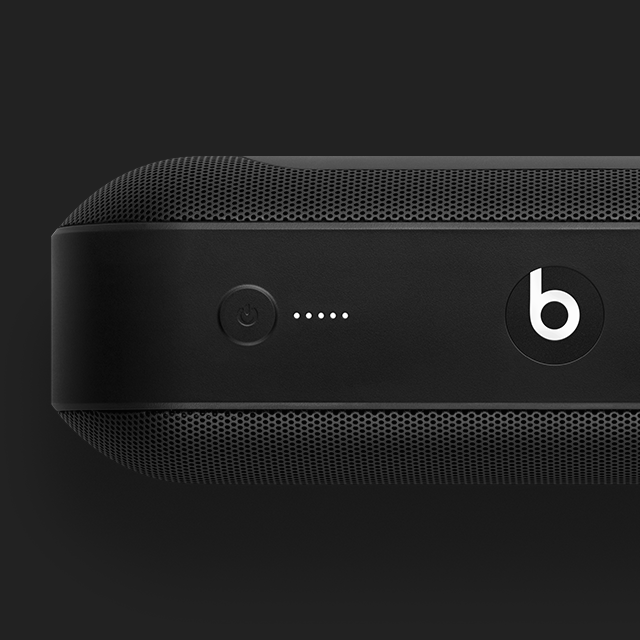 An Android edition of the iOS app will be released in due time.

The Verge thinks the new Pill+ is “he most attractive looking and sounding speaker that Beats has ever made” after spending some hands-on time with the product.

“That’s apparently all thanks to what’s called a two-way active system, meaning that amplifiers are built into the speakers — two in fact, one for each pair of woofer and tweeter,” notes the publication, adding this helps better assign “the different frequencies of music to the right parts of the speaker,” resulting in better sound.

The Beats Pill+ will be available for purchase in black or white at Apple.com and authorized Beats retailers beginning next month, priced at $229.95. More information is available over at the Beats website.