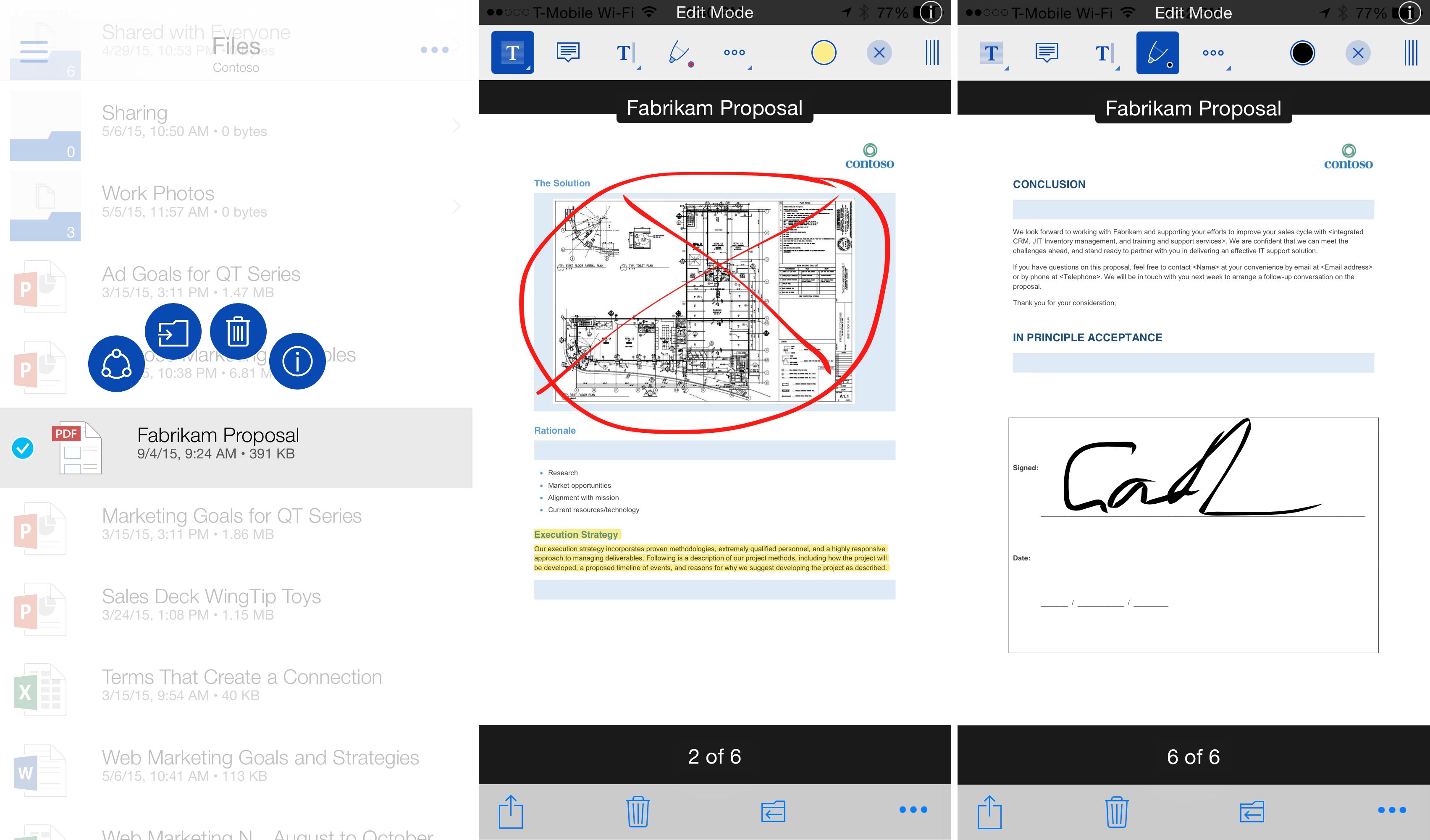 Microsoft today updated OneDrive for the iPhone and iPad, its cloud-storage client app, with several new features such as a simpler way to share things with an all-new radial contextual menu and cool new ways to work with and annotate PDF files.

For starters, you can now draw smiley faces or whatever your like on PDF files, sign documents and more. And thanks to OneDrive’s newly gained Outlook integration, you can share OneDrive files as email attachments through Outlook, if it’s installed.

OneDrive’s Document Picker extension on devices with iOS 8 or later permits you to open your cloud files in third-party apps like Keynote and Pages. Oh, and you can now see folders shared with you, alongside your own OneDrive folders, and sync them on your computer.

As shown top of post, OneDrive now supports drawing, sketching and signing contracts with your finger, as long as you’re working with PDF files directly within OneDrive.

This edition of OneDrive introduces a new way to trigger common actions on files, like sharing, moving and deleting. Just tap and hold on the file you want to use and up pops a whole-new radial menu providing quick access to commonly used actions. Just select a command by just sliding your finger to the option you want. 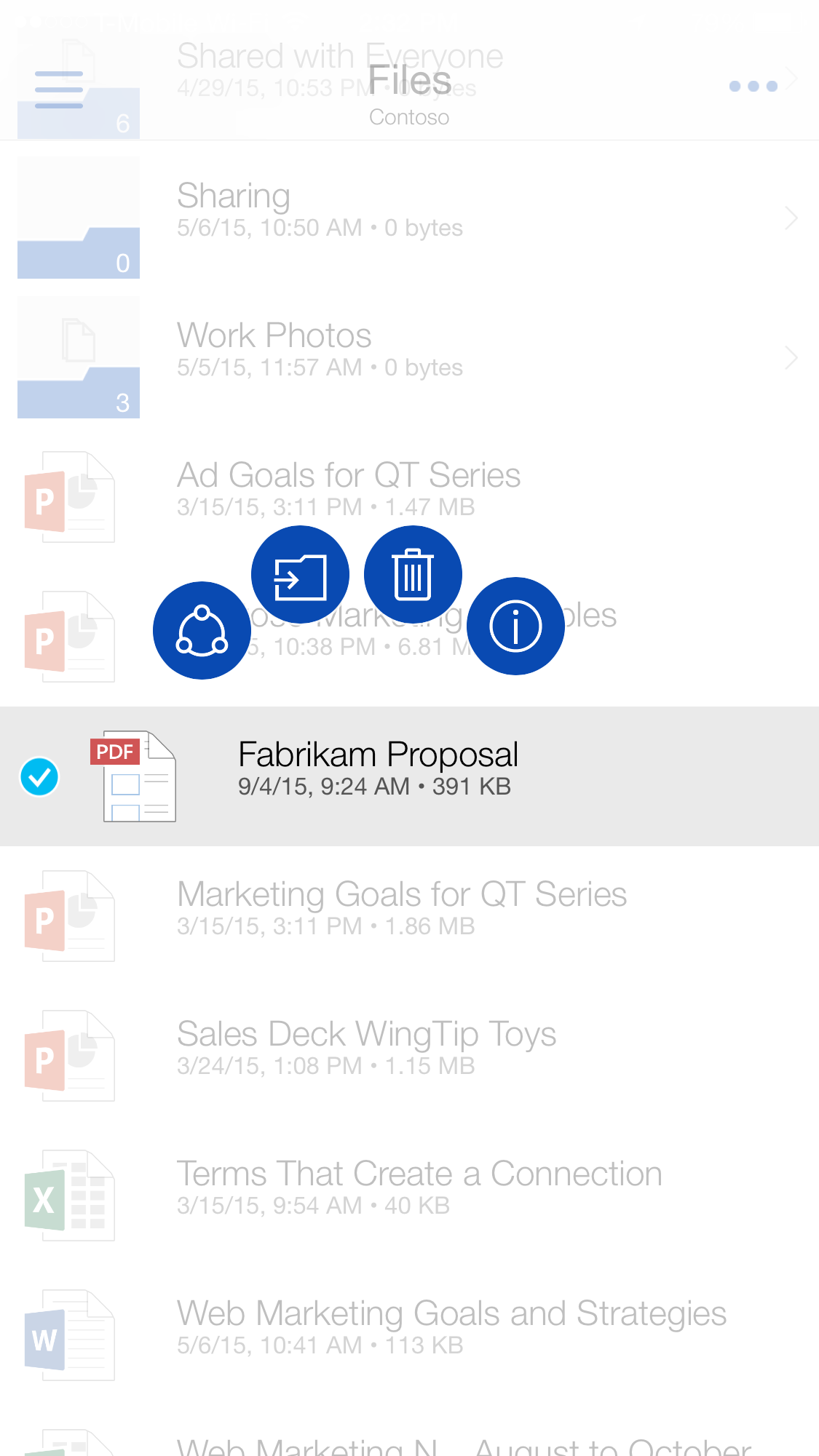 In addition to the aforementioned refinements and new features, OneDrive will soon gain offline capability on iOS—another major productivity boost. By the way, OneDrive for Android users can start taking their files offline beginning today.

“This was a top request in our UserVoice forum and today we’re bringing this to Android first, followed by iOS and Windows Phone in the future,” said the software giant. Even better, your offline files will be universally accessible and searchable from a single view.

In addition to the aforesaid consumer-facing changes in the mobile app, Microsoft today released a preview of its new OneDrive for Business sync client for organizations, introduced other updates to business customers, rolled out expanded OneDrive for Business support to developers and gave OneDrive’s web interface a facelift.

Grab OneDrive free of charge in the App Store.