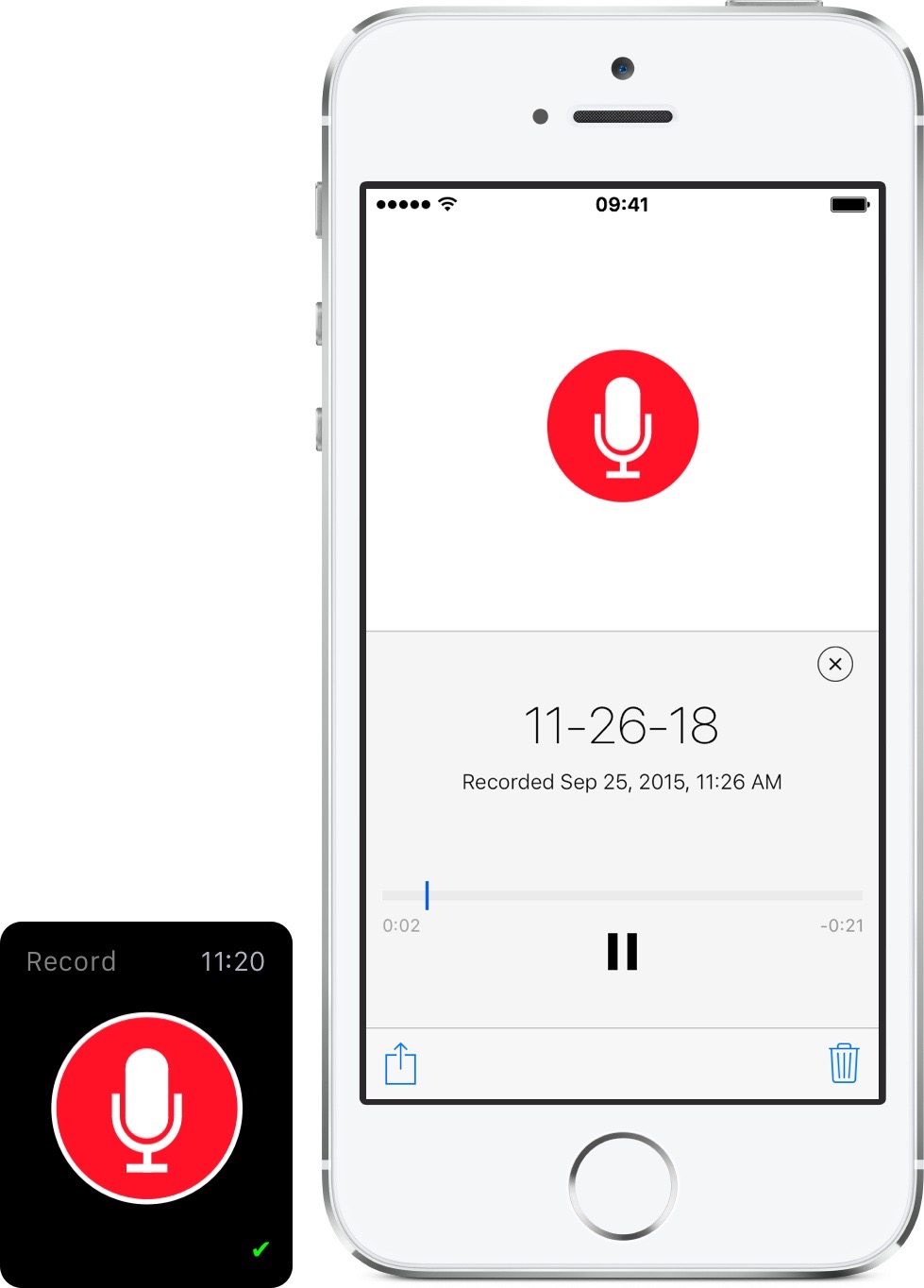 Have you ever wondered why, even though Apple Watch has a microphone and speaker, that there is no Memo app for watchOS? Me too. I use the Memo app regularly and, even if it were just controls to trigger the app on my iPhone, I’d be grateful for Apple Watch support.

Luckily, a clever dev team realized there was a hole to fill and created Just Press Record. It is a simple recording app for Apple Watch that allows you to capture audio, right from your wrist-worn device.

The development team at Open Planet Software told us that, coming in an update very soon, Just Press Record will support Glances and watch Complications.

The app does very little. It records and saves recorded files automatically to iCloud Drive. However, it doesn’t need a bunch of frills and features to be a useful app, which it does, well. 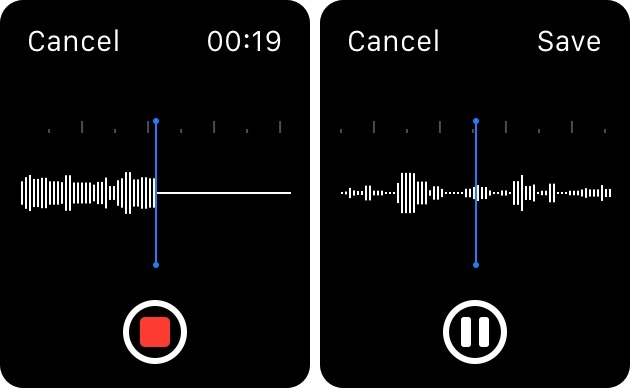 After you download the app, open it on the iPhone to allow access to the microphone. Then, you can either record from your smartphone, or open the app on Apple Watch, which is where this app gets interesting.

Tap the big red button to begin recording. The app captures audio from your Apple Watch. It isn’t controlling a recording program on your iPhone. In fact, you don’t even need your iPhone to record on Apple Watch.

Even if your iPhone is somewhere else, you can record audio from Apple Watch. When the two devices are connected again, the recording will automatically transfer to your iPhone and then sync to iCloud Drive. 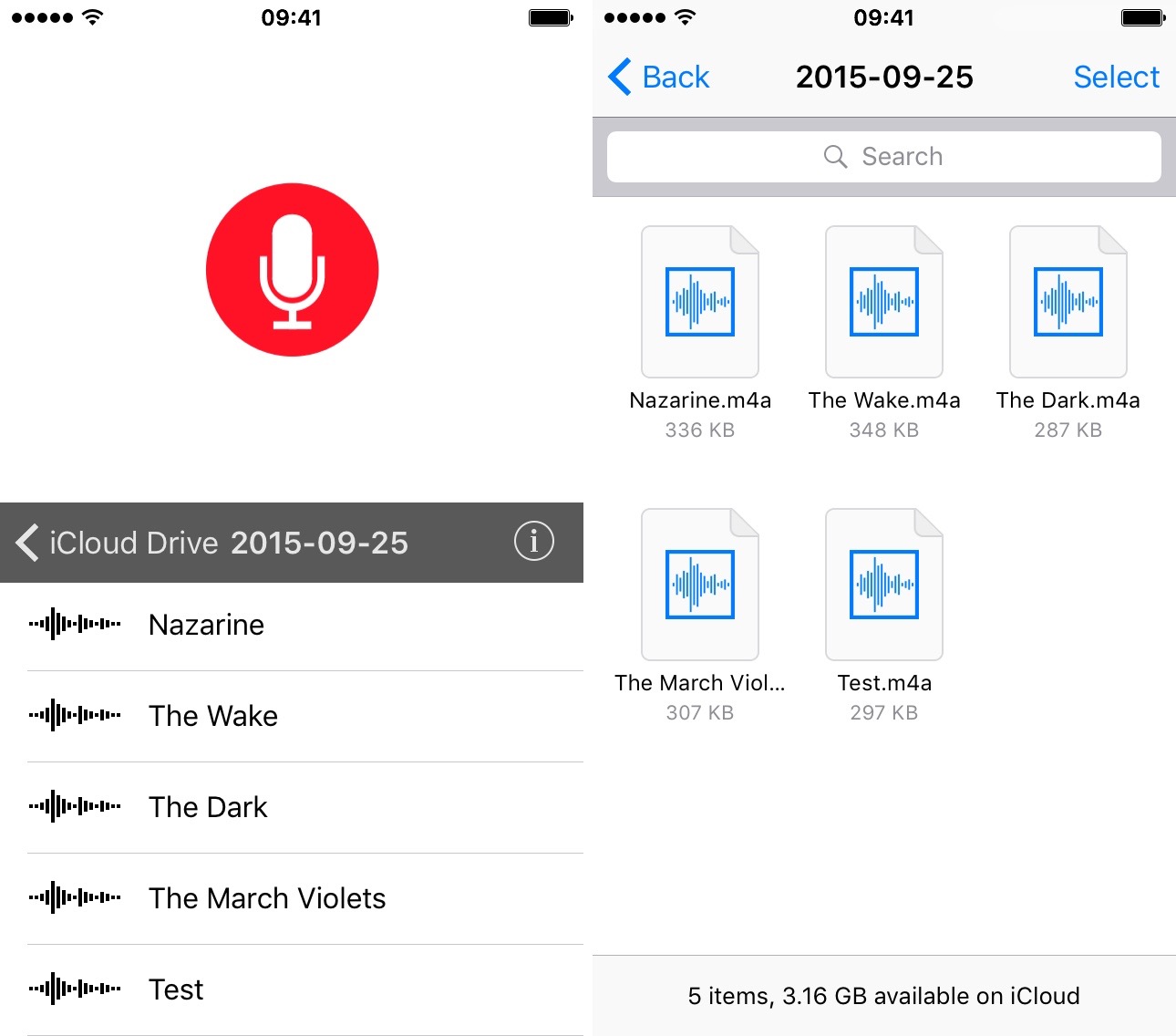 Files are populated into folders by date, and organized by time. However, you can rename files to make them easier to identify. To rename a file, select it. Then, press and hold the time until the keyboard appears, then delete the time and rename it.

The app is universally available on iPhone, iPad, and iPod touch, which is where iCloud Drive syncing becomes very convenient. You can record on one device and play it back on another. On iPad, the app supports Slide Over and Split View. There is even a Mac App version for $4.99 that lets you record from your Mac, which also features additional file formatting options.

Just Press Record costs $2.99. If you have an Apple Watch, and have ever wished for Memo app support, then this one is a no brainer. Download it in the App Store today.