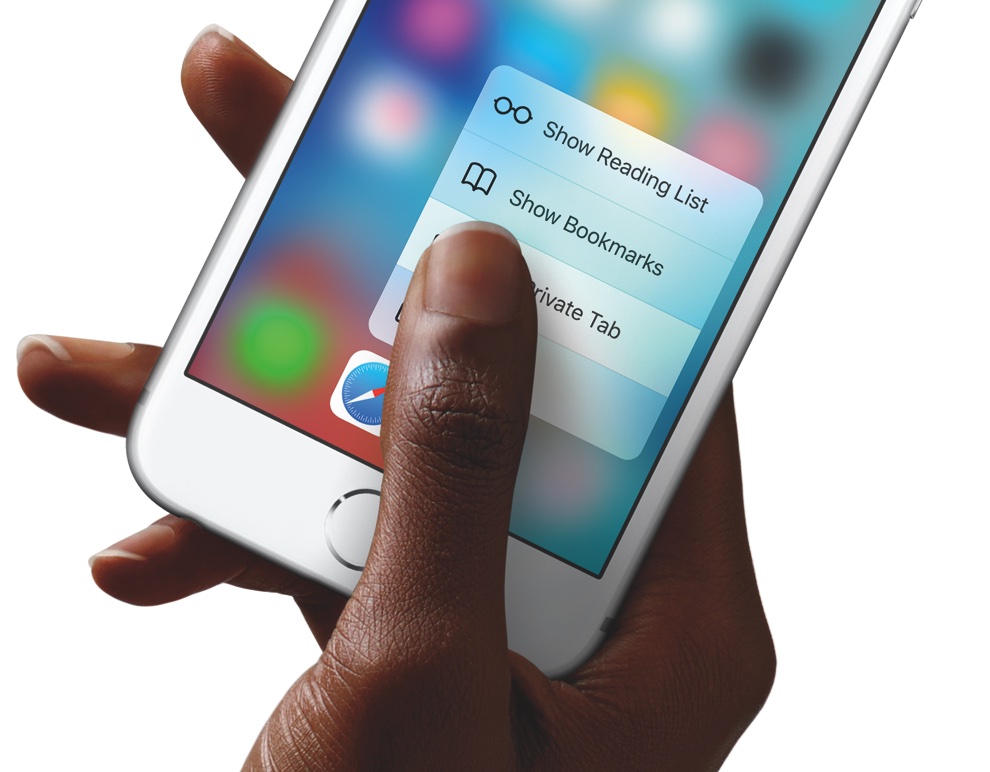 The new iPhones are upon us and with them comes a headline feature: 3D Touch. Its name might suggest a marketing gimmick though 3D Touch is anything but, thanks to Apple’s clever, elegant implementation.

In a word, 3D Touch is fast and instantaneous, unlike the tap-and-hold gesture, and responds to different levels of pressures. It’s used to access app-specific shortcuts right from your Home screen.

Within apps, 3D Touch lets you peek something without leaving the context of what you’re doing or pop from a content preview into the full view. We’ve put together a quick list of ten popular third-party applications for your brand spanking new iPhone 6s that have been graced with 3D Touch shortcuts and gestures.

Use 3D Touch on Dropbox’s Home screen icon to check out your most recently actioned file or folder. Other shortcuts include accessing your offline files, uploading photos and videos and even searching your Dropbox. 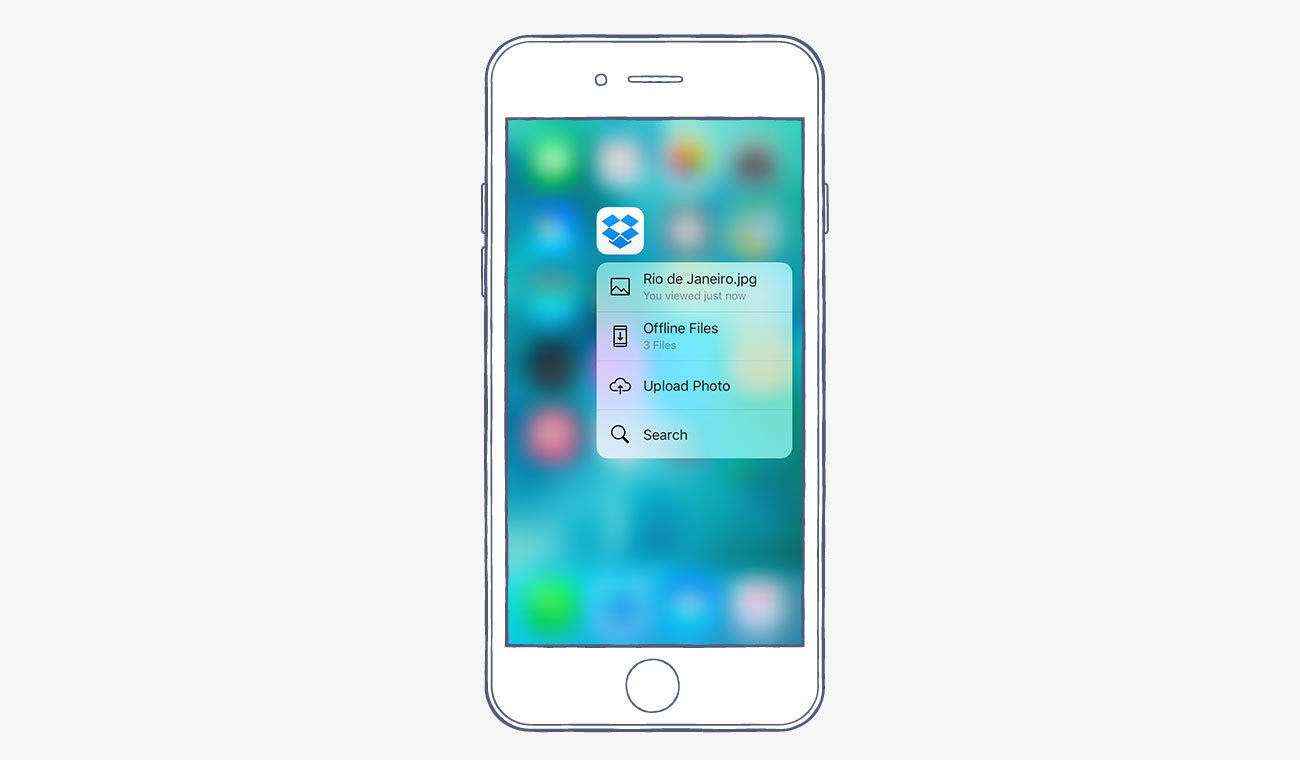 Inside the app, press a file name lightly for a preview, or a folder to view its contents. To pop from a preview into the full file or folder, just press a little deeper.

Press the app icon from the Home screen to quickly search for a new location or bring up one of your saved locations.

One of the most popular automation utilities, Launch Center Pro has Home screen shortcuts via 3D Touch for ridiculously fast access to complex actions in a single tap. 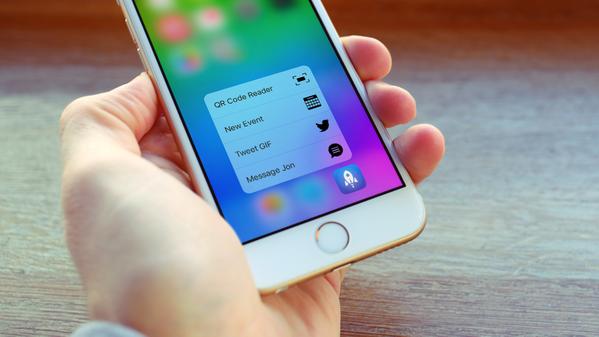 As TechCrunch’s Sarah Perez explains, these Quick Actions have been specifically created with 3D Touch in mind. Here’s how Launch Center Pro’s 3D Touch-enabled Quick Actions look like and work in a real life scenario.

@drbarnard @LaunchCenterPro here’s how it works on an iPhone 6s Plus pic.twitter.com/bZ5QClDcS2

Pinterest lets you peek and pop into Pins within the app. You can also press Pinterest’s Home screen icon firmly in order to access shortcuts to the app’s search, creating a Board or seeing what’s popular and trending on the service. 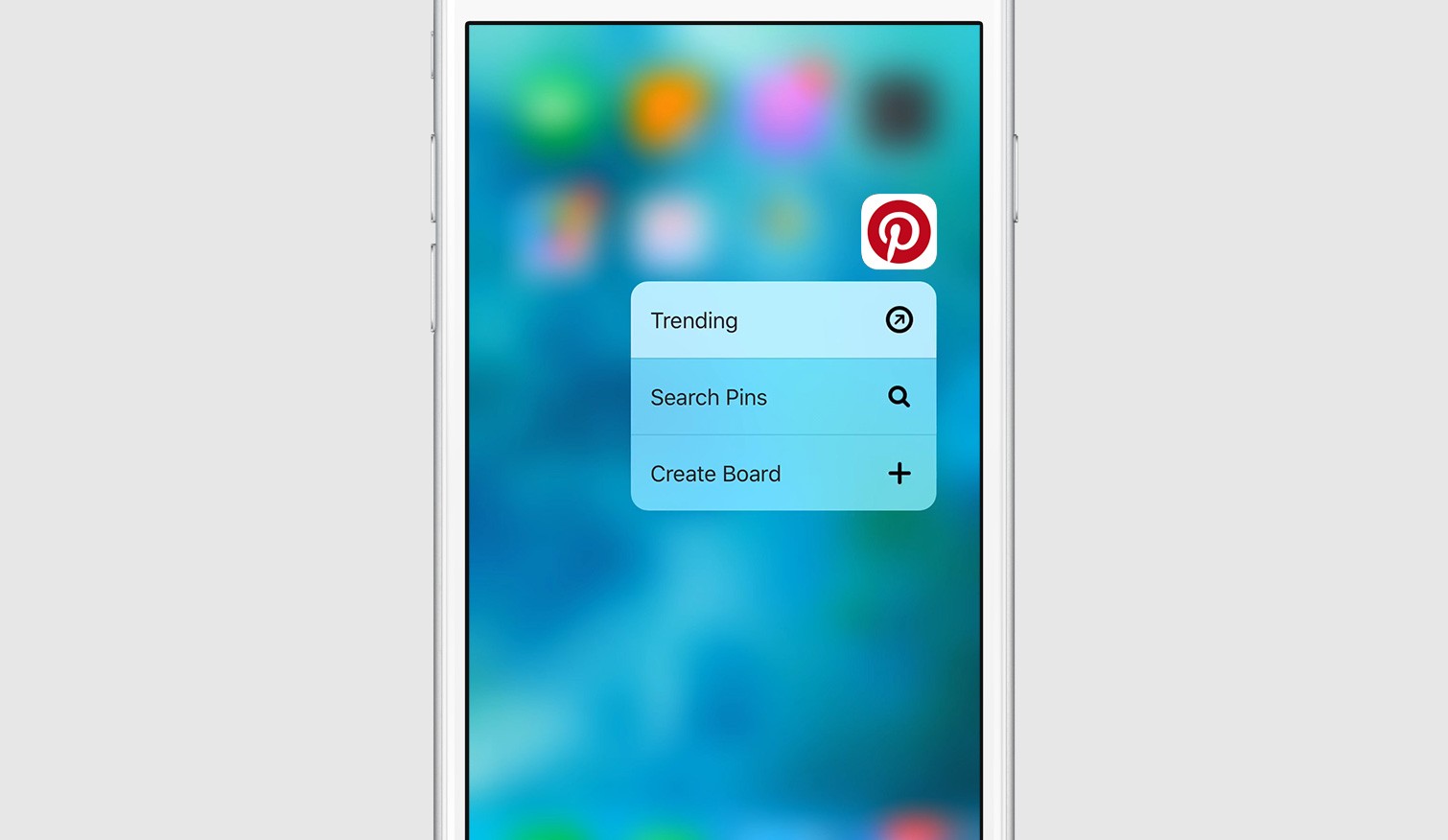 Within the Pinterest app itself, you can press any Pin to get a bigger preview and quickly Pin, like or send. Press the board name to get a preview of the board it came from.

Grab Pinterest free of charge in the App Store.

This stargazing app makes good use of 3D Touch. In addition to checking out quick previews of articles while browsing the search menu with peek and pop gestures, you can press firmly on the Sky Guide icon on the Home screen for shortcuts to your Favorites, Search or Satellites.

Spark is my new personal favorite when it comes to mobile email clients. In addition to a sleek interface and incredibly rich feature set and third-party service integration, the most recent update has brought out a few handy shortcuts to the Home screen. 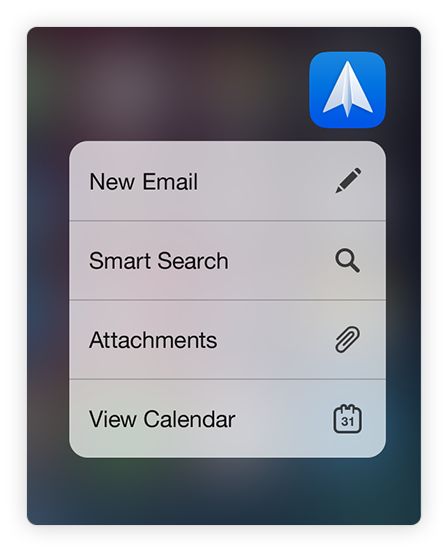 As shown on the image, you get shortcuts to commonly used features such as New Email, Smart Search, Attachments and other options, like opening the app’s calendar widget to see what’s happening.

Another powerful iOS automation utility has picked up support for 3D Touch, adding a new dimension to your workflows. Press firmly on a workflow to take a peek or on Workflow’s app icon on the Home screen for quick shortcuts to your workflows.

Press firmly on the Shazam’s icon on the Home screen for a quick shortcut to start Shazaming immediately. Or, just ask Siri to name that tune.

Grab Shazam at no charge in the App Store.

Readdle’s document scanner let you scan things faster by pressing firmly on the app icon on the Home screen and selecting the New Scan shortcut. 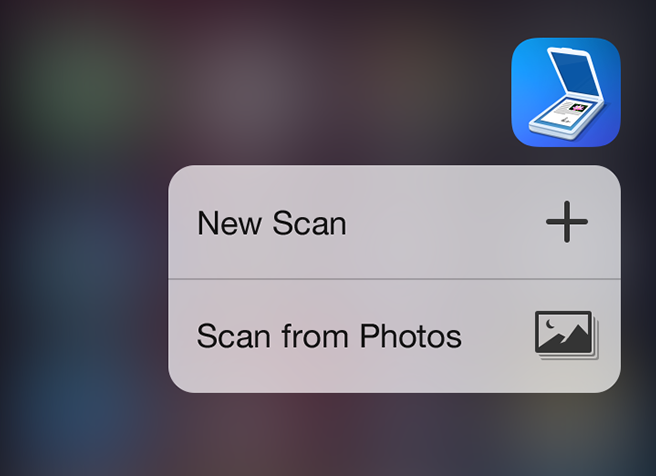 10. PDF Expert and Documents by Readdle

Both PDF Expert, a PDF annotation and management app, and Documents, a file manager, support 3D Touch shortcuts on the Home screen. In Documents, for instance, pressing the app’s icon firmly brings up shortcuts for accessing your Recently Opened files, Favorites, Search and Open in Browser. 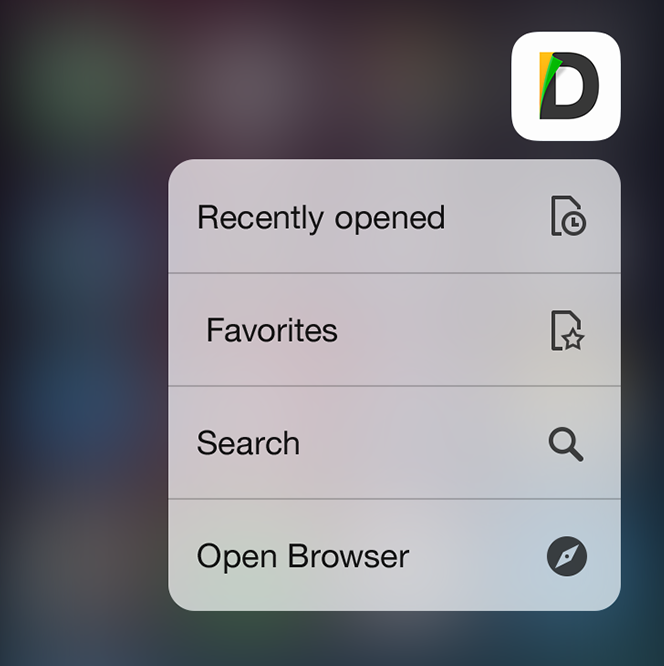 But why would you want to use Documents’ Quick Search from the Home screen shortcut as opposed to searching Documents’ contents with Spotlight? Because Documents’ Quick Action Search does full text search, meaning you can find anything you need in the body of a document, and that cannot be accomplished using Spotlight.

For instance, Zorg Entertainment’s AG Drive, a futuristic racer for the iPhone and iPad, has been refreshed with faster, flashier graphics with greater detail and 3D Touch support on the iPhone 6s and iPhone 6s Plus.

Sadly, developers haven’t shared a word on how the game takes advantages of pressure sensing so you’ll have to check it out yourself.

If any of your own personal favorites that are not listed here have been refreshed with official support for peek, pop and other 3D Touch perks, let us know in the comments.