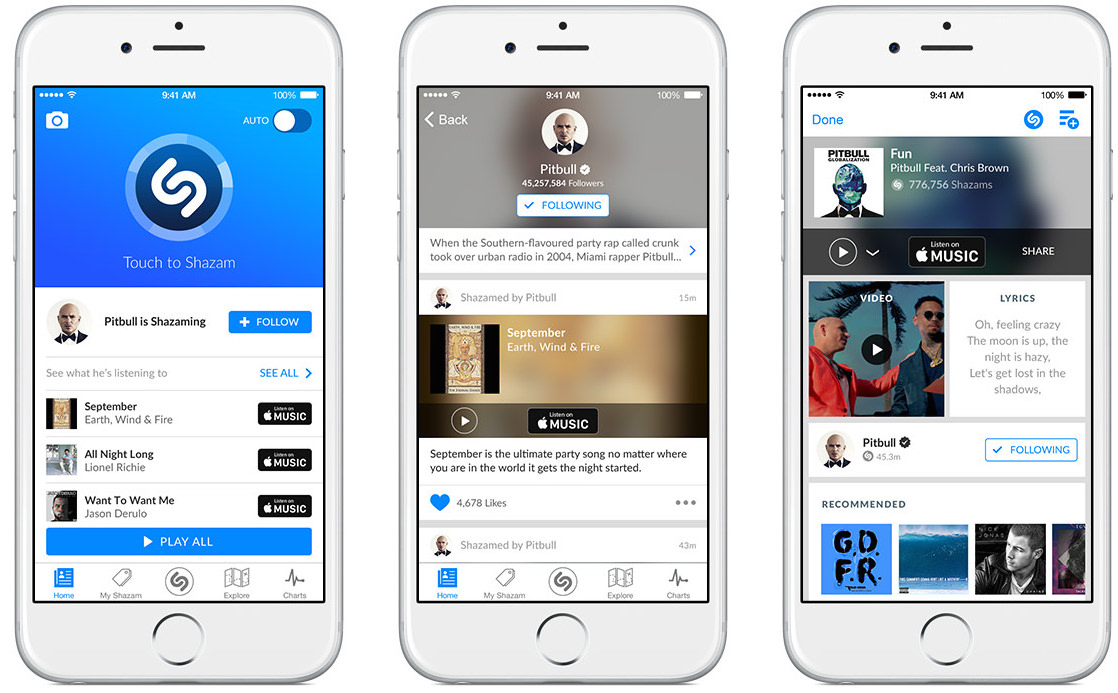 Shazam, the popular music and media identification software, has rolled out a brand new 9.0 update to its iPhone and iPad application in the App Store, bringing out support for Spotlight Search on iOS 9, improved Bluetooth listening and other tidbits.

Shazam songs and artists can now be searched from the Home screen on iOS 9 and tapping a Shazam result takes you directly into that content within Shazam’s mobile app.

The update fixed an issue affecting some Rdio and Spotify users who incorrectly received a message about changes to their subscription and one dealing with VoiceOver while making some of the Accessibility labels clearer to make navigation easier.

For those wondering, Shazam supports 3D Touch on the iPhone 6s and iPhone 6s Plus so you can press firmly on the app icon on your Home screen to bring up a shortcut to start Shazaming immediately.

Last but not least, Shazam supports Apple Music as well, allowing you to tap the new Apple Music button as you discover music in order to listen to songs on Apple’s new streaming-music service.

Both Shazam for iOS and Mac are available at no charge.

Shazam is integrated into Siri on iPhone, iPod touch and iPad devices so you can ask the personal assistant ”What song is playing?” to trigger Shazam’s listening mode.