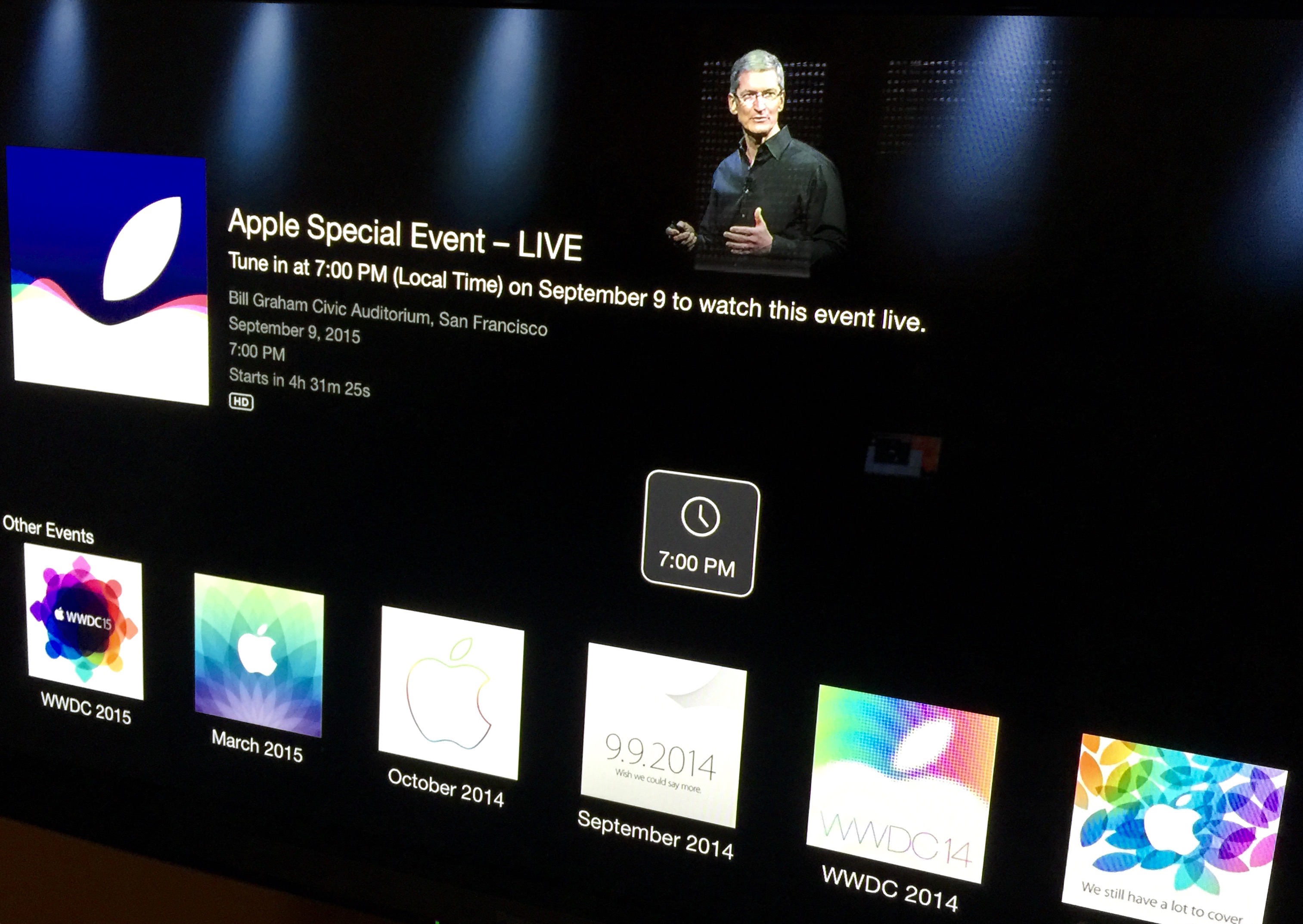 The Apple Events channel on your Apple TV box has been refreshed with matching teaser graphics and description ahead of today’s ‘Hey Siri’ media event. “Tune in at 7:00 PM (Local Time) on September 9 to watch this event live,” reads the description on the screen. The splash page displays personalized livestream times depending on your whereabouts.

The media presentation is set to kick off in San Francisco’s massive Bill Graham Civic Auditorium at 10am Pacific Time. Earlier this morning, the Apple Online Store went offline ahead of the event.

The livestream requires a second or third-generation Apple TV with software 6.2 or later. Apple will also, for the first time in a long time, provide a livestream for Windows 10 customers via Microsoft’s Edge browser.

Apple is leveraging its HTTP Live Streaming (HLS) technology to allow fans around the world to tune in to live video. In addition to the Apple TV and Windows 10 computers, you can live-stream the event to an iPhone, iPad or iPod touch with Safari on iOS 7.0 or later and your Mac with Safari 6.0.5 or later on OS X v10.8.5 or later.

There will also be a blogroll-like event presentation at www.apple.com/live with cherry-picked tweets, juicy photos, quotes and other content.