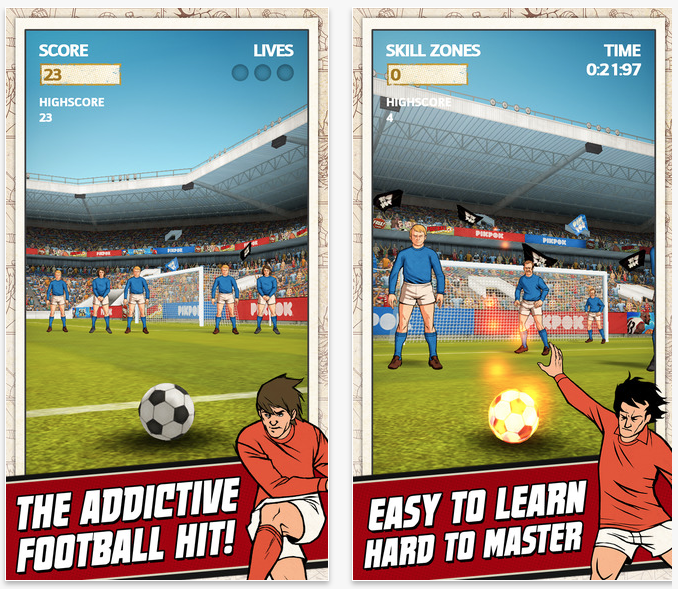 Apple has selected Prodigy Design’s “Flick Kick Football” as its App of the Week for this week. This means that from now through next Thursday, you can download the popular football arcade game for both your iPhone and iPad, for free—a solid savings of $1.99.

For those unfamiliar with the title, Flick Kick is a simple football/soccer game that has you scoring goals as quickly and as stylishly as possible by swiping your screen. It has multiple game modes, charming retro graphics, and the physics are smooth and accurate.

True to its name, Flick Kick Football lets you score game winners with the quickest of swipes. But as defenders stack up and keepers like from side to side, you’ll need to carefully time and curve each kick. Charming graphics, cheering fans, and rapidly spiking difficulty keep the action exciting, but mastering the simple formula is what’ll have you coming back for more.

Flick Kick is by far my favorite arcade-style football/soccer game, and its among my favorite quick-play titles of all time. You can literally go from your iPhone Home screen to playing in ~10 seconds, and it doesn’t take you very long to pick up the basic mechanics.

Again, Flick Football is available in the App Store, for both iPhone and iPad, for free.