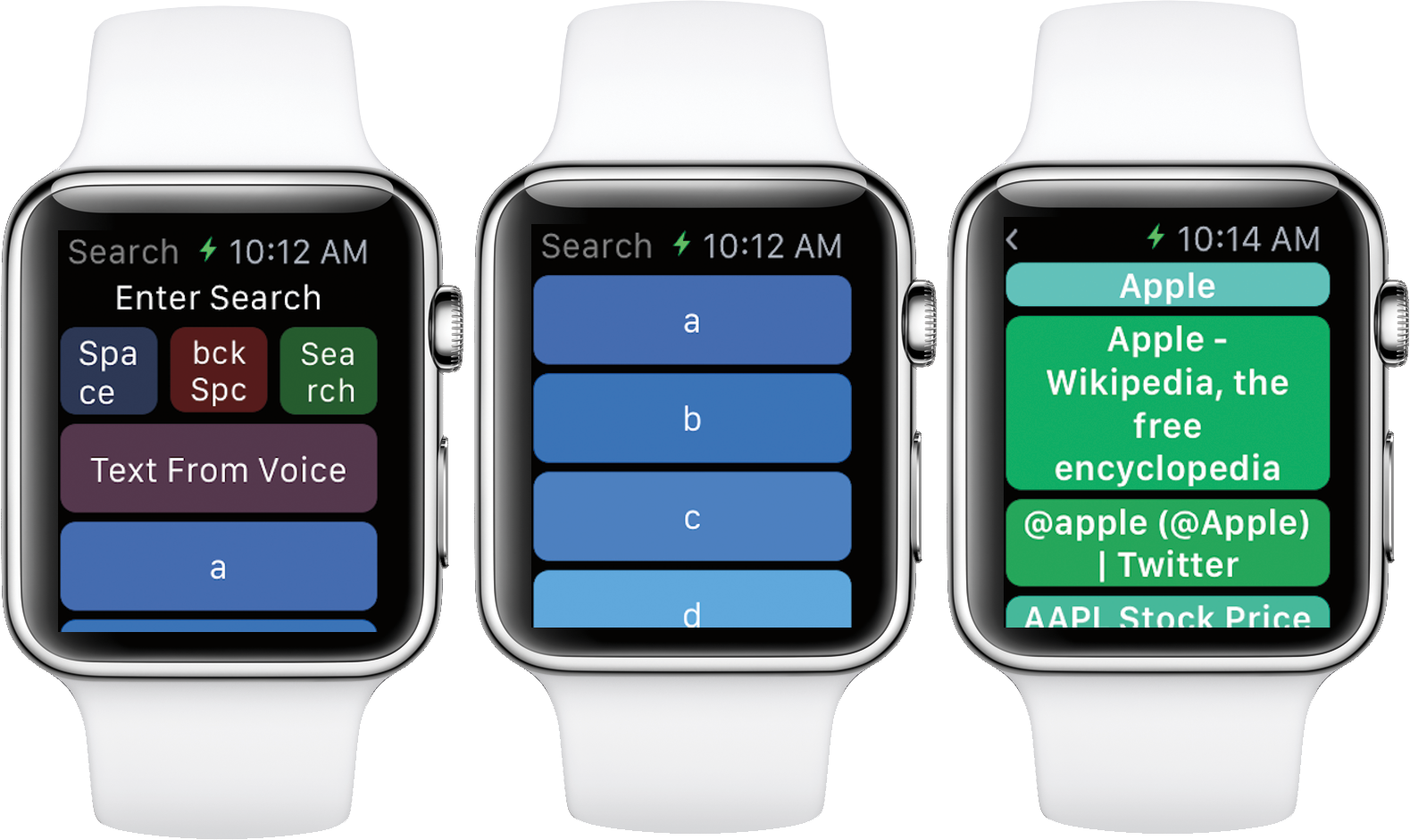 Like the Apple TV, your Apple Watch lacks the built-in Safari browser. Even though the case can be made quite easily for surfing the web on a big screen TV from the comfort of your couch, who in their right mind—and why— would want to squint at the tiny screen to read webpages?

No one, that’s right. But still, what if you could browse the web from your wrist? If you argue that an Apple Watch web browser is a terrible, terrible idea, I’m with you.

But what if there was a way to quickly look up information, sports scores or anything else on the Apple Watch that Siri can’t do for you? Enter WatchWeb, a web browser of sorts for the Apple Watch by Conifer Apps.

It’s a novel idea that certainly has legs, but boy is it iffy. I had mixed results during my hands-on time with WatchWeb so read on my review for the full reveal.

Rather than put the full web on your wrist, a feat that would have required constant zooming in and out of the content, WatchWeb uses an innovative optimization algorithm to automatically format content for the best reading experience on the Apple Watch.

Upon installing WatchWeb on your iPhone running iOS 8.1 or later, you’ll need to put the app manually on your Apple Watch, if it doesn’t install automatically. First, open iOS’s Apple Watch companion app on your iPhone.

Now scroll down, tap on WatchWeb and flip the Show App on Apple Watch button to the ON position. As for WatchWeb’s shell app on your iPhone, don’t bother as it contains only a welcome screen and usage instructions but no user-facing features.

The three buttons lined up alongside the top of the interface allow you to clear your current text, enter the Space character or run a search on the query. To clear the text, press the display firmly and choose Clear Text.

So, how do you get this thing to work? Let’s start by entering a URL into WatchWeb. And in order to do this, we’re going to use a built-in character list. 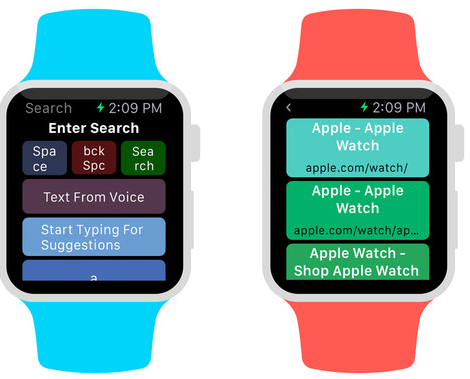 As depicted on the screenshot top of post (the image in the middle), the method allows for some precision but is cumbersome to use and gets old fast as you’re turning the Digital Crown like crazy and painstakingly pecking away letter-by-letter.

Thankfully, search queries can be entered by dictating the text to your Apple Watch.

Once you’ve successfully entered the search query, hit the Search button to land on your results page. Just select any item you want from search results and the desired page will pop up shortly.

WatchWeb’s algorithm actually retrieves web content through your iPhone and formats it for best viewing on the Apple Watch. All graphics, formatting, layout and other non-essential items is stripped away until all that’s left is raw text.

Most search results I tapped on rendered in text-only mode without a hiccup. However, I must point out that many ad-laden blogs, as well as complex webpages, simply do not function properly.

In one instance, I set out to search for the term ‘amiga,’ the best home computer I’ve ever had. WatchWeb serves up matching results with Wikipedia’s entry positioned at the very top. So far so good.

Tapping it served up the text from Wikipedia’s page dedicated to  Amiga, as expected.

I could turn the Digital Crown to scroll the text, which is great, but couldn’t follow links to load more content because the app doesn’t render hyperlinks, which isn’t so cool.

In yet another example, I wanted to search for some screen protectors for my iPhone so I used dictation to tell WatchWeb to populate results for the ‘iPhone screen protection’ query. Sure enough, an eBay category landing page surfaced at the top.

In fact, the app has actually parsed the ‘About Us’ information hidden in the tags and code of the eBay website—clearly not what I wanted.

By the way, dictating ‘iDownloadBlog’ produces the term ‘i download blog,’ as show below. That’s not the app’s fault: Siri doesn’t know about iDownloadBlog so her speech-to-text engine simply responded with the closest approximation. 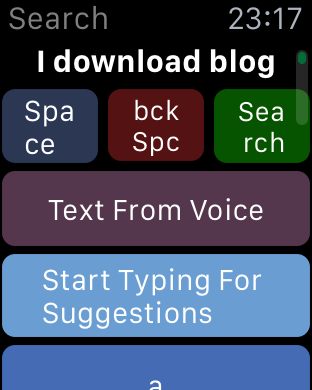 Speaking of which, visiting iDownloadBlog.com directly through WatchWeb crashed the app immediately. In developers’ defense, they clearly state that only “selected pages are analyzed and optimized for best reading experience on the Apple Watch.”

In the greater scheme of things, it really doesn’t matter if you have a 38mm or 42mm Apple Watch because the display is simply too tiny for anything beyond sifting through a page full of Google results.

This isn’t saying WatchWeb doesn’t have its use cases.

Should you need to look up some information that Siri cannot given her regional restrictions, or check sports scores for your local teams, or maybe even read some headlines to kill a few seconds of your time, you should take WatchWeb for a spin.

I guess power users would say that what WatchWeb does—which is giving you the means to access the indexed Internet directly from your wrist—it does pretty well. It’s certainly better than this hack, but don’t expect any miracles.

For everyone else, WatchWeb will be nothing if not an experimentation.

WatchWeb requires an Apple Watch and an iPhone with iOS 8.1 or later. The app is optimized for native display resolution of the iPhone 5/5s/5c, iPhone 6 and iPhone 6 Plus.

WatchWeb is 99 cents in the App Store.