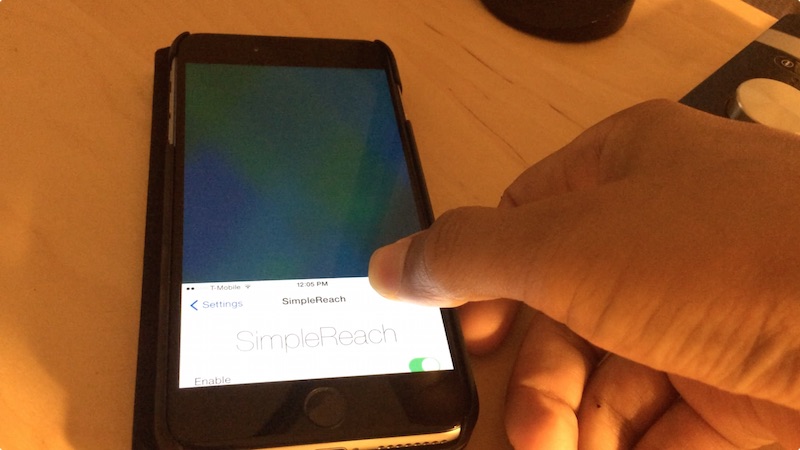 Upon installation, you’ll need to head over to the stock Settings app to configure SimpleReach to your liking. There you’ll find a preference panel with a kill-switch toggle, and three sections for configuring the different pull down amounts for Reachability. 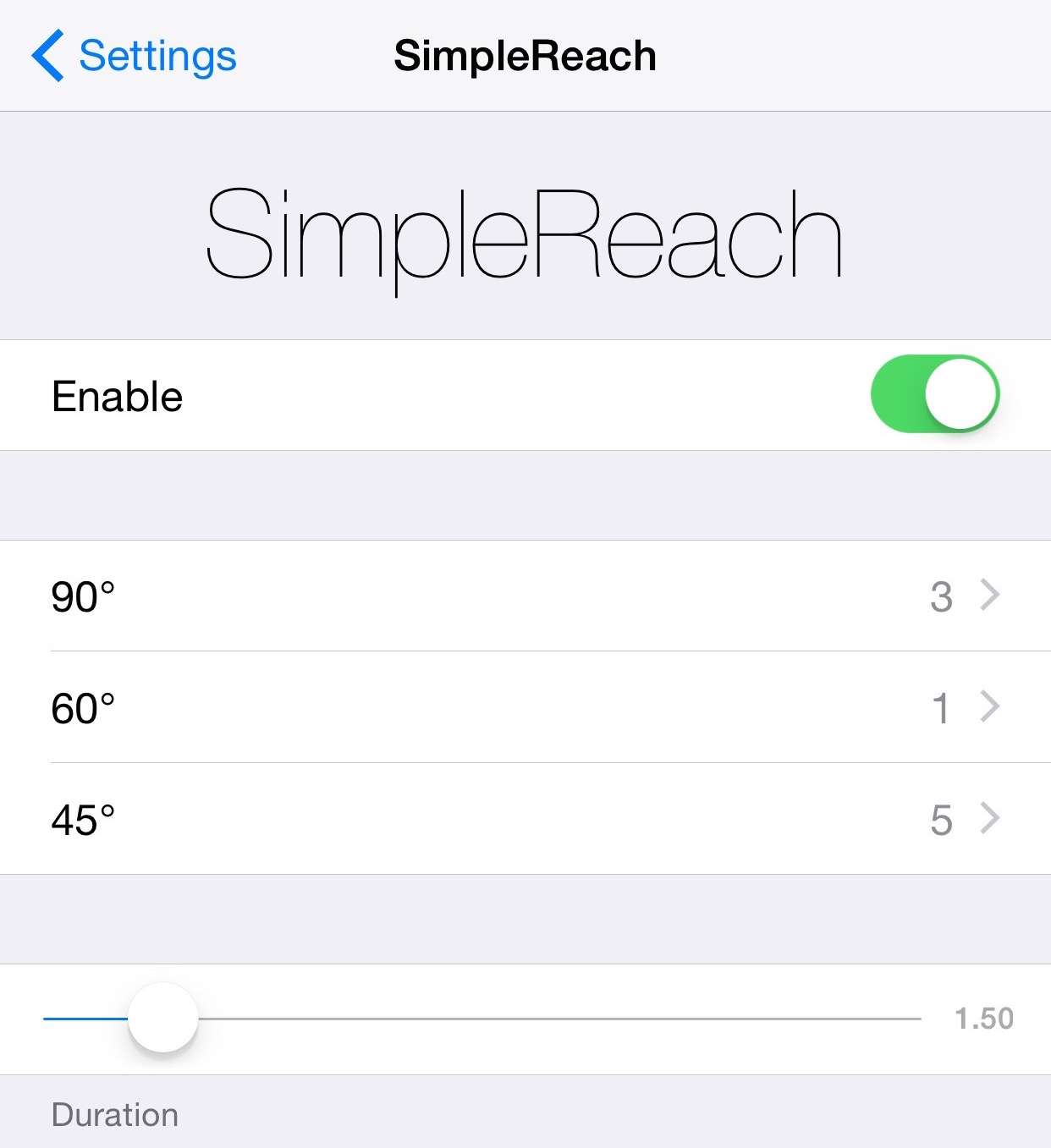 SimpleReach features three degrees of operation—90, 60, and 45 degrees. By tapping and swiping up from the Home button at the preset degrees, users can determine how far that Reachability lowers the iPhone interface for easy one-handed access. 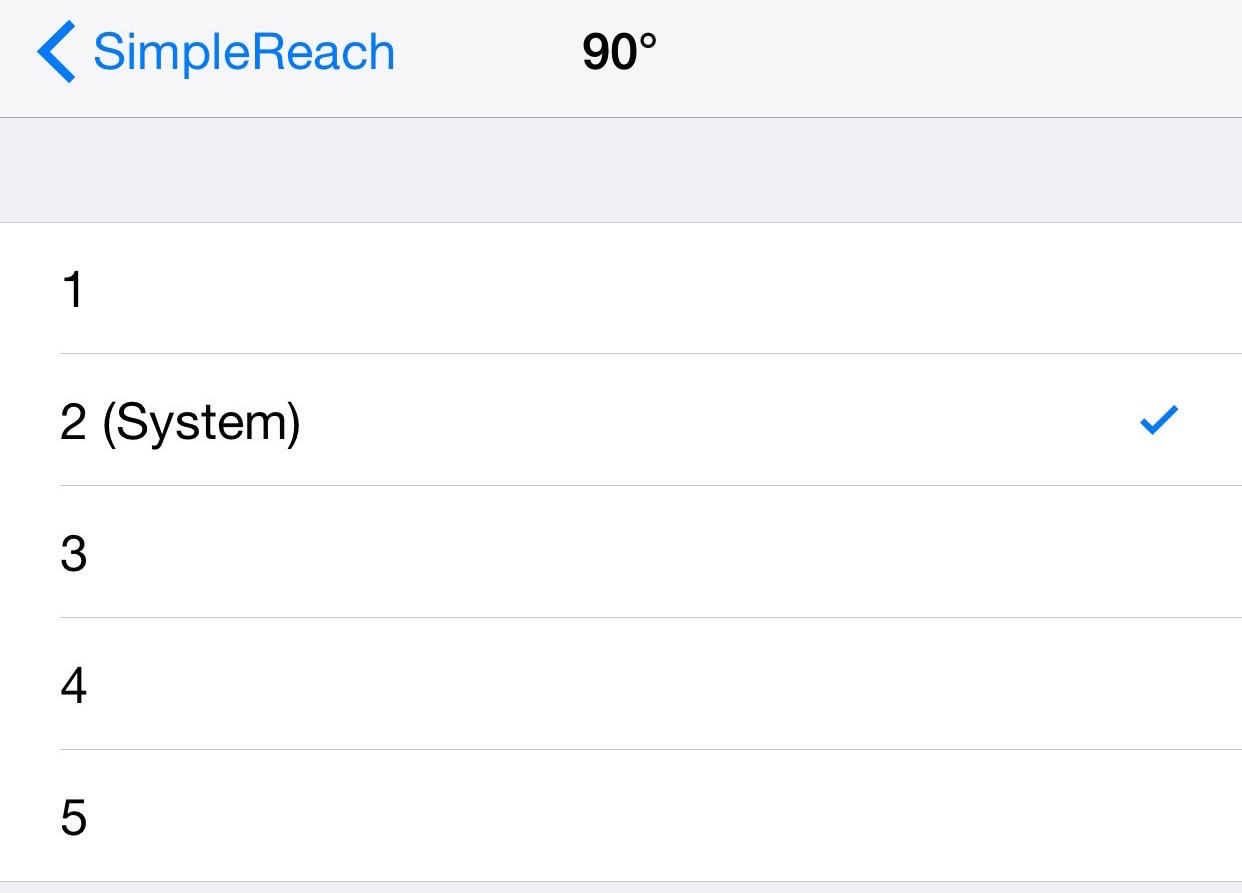 Lastly, you’ll find a duration slider at the bottom of SimpleReach’s preferences. The duration slider is used to determine how long the Reachability interface lingers on screen before it goes back to normal.

I don’t use Reachability often, but if you’re a big fan of it, I can recommend trying out SimpleReach. It adds additional flexibility to Reachability, which ups its usefulness and makes it more adaptable for day-to-day usage.

SimpleReach can be found on Cydia’s BigBoss repo for $0.99. Do you still use Reachability? What are your thoughts on the tweak?