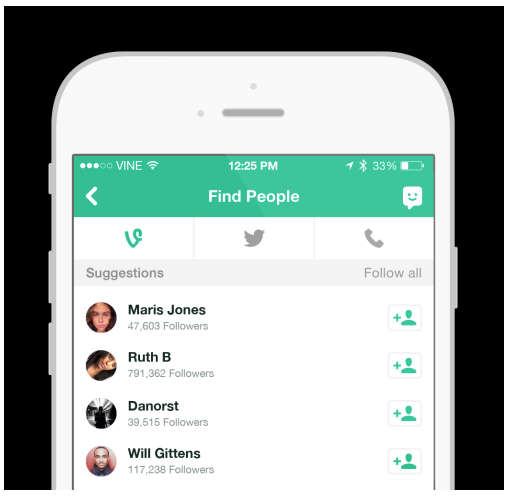 Twitter-owned Vine has rolled out two major new features to its mobile app which are aimed at improving audio discovery and help “bring the magic of perfect-looping music to everyone.”

For starters, a brand new Snap to Beat feature lets you create Vines with With seamless audio looping. And in an effort to make music a core part of Vine, users can now take advantage of enhancements like a new Featured Tracks section and another new feature that allows them to find out what they’re listening to as they watch Vines.

“Music has been an important part of Vine’s culture since the beginning — from rising musicians who entertain us to creators all over the world who remix and hypnotize us with their collaborations — and now we’re connecting you to the music you love,” Vine said.

As its name suggests, the new Snap to Beat feature makes it easier than ever to create Vines with music that loops seamlessly so that people who listen to it can’t tell the beginning from the end.

Start by tapping the music note on the Details screen. Snap to Beat will automatically identify how much of the song to use to make a seamless loop and will even trim your video to fit the clip.

To edit audio separately of the video, just turn off Snap to Beat.

“With seamless audio looping in our mobile apps, you can make Vines that sound awesome and feel like magic — something that’s only possible with Vine,” developers explain.

Another interesting enhancements helps identify songs playing as part of Vines. Just tap the music note on a Vine to reveal information about the track.

Last but not least, the company partnered with Billboard to add Vine to the Billboard Social 50 chart so popular music Viners will be surfaced to an even wider audience.

Here’s everything that’s new in Vine 4.0:

Create with music on Vine

New music discovery features are available to Vine’s 200 million strong user base today on iOS and Android. The music creation tools are iOS-only.

Vine requires an iPhone, iPod touch or iPad with iOS 7.0 or later.

Download Vine at no charge in the App Store.