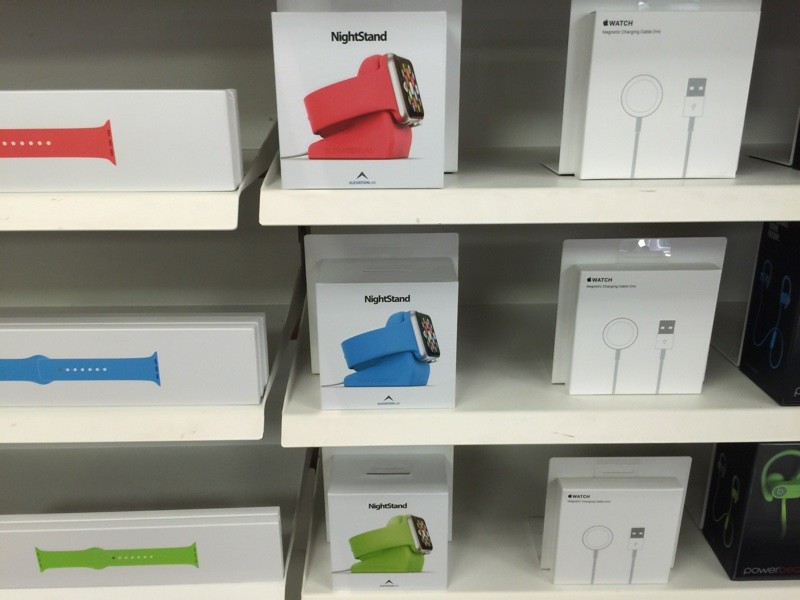 Folks in the market for third-party Apple Watch accessories may want to keep an eye on their local Apple Stores. MacRumors has confirmed that the Cupertino company has begun carrying third-party Watch add-ons in at least some of its retail locations.

The first such accessory spotted in an Apple Store is ElevationLab’s NightStand for Apple Watch. It’s a simple, elegant stand, that costs $29.95 and it appears the company has partnered with Apple on product packaging and Sport band-matching colorways.

At the time of this writing, the NighStand was not available in Apple’s online store, but we don’t expect that to be the case for long. Also, we have yet to to see any other such accessories in Apple Stores, but MacRumors said that may change by mid-September.

Word of third-party Watch product availability comes amidst a series of other changes at Apple Stores. The company is also in the process of doing away with iPad Smart Signs within its retail stores, and has been pruning accessories to streamline offerings.