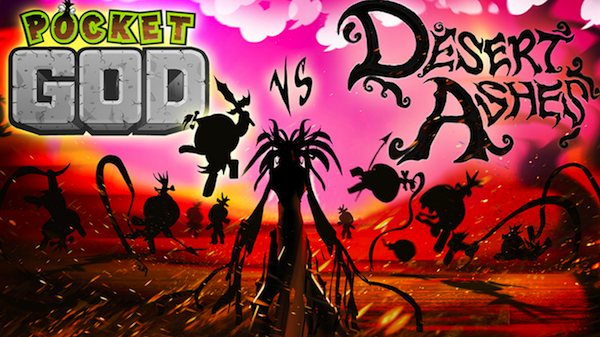 Fans of the popular Pocket God franchise should take note; the company that created the pygmy killing game has teamed up with Desert Ashes to make a game starring the former with the mechanics of the latter.

Pocket God vs. Desert Ashes is exactly as it sounds. The crossover game features the familiar family of worshipers fighting a turn-based strategy battle against the Landians. When those pesky land thieves invade the Island, the Pygmies prepare to fight. 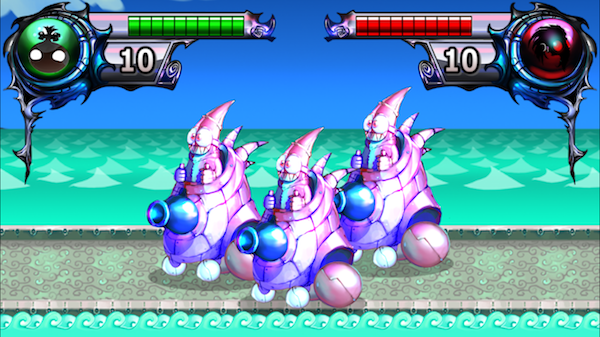 Instead of just waiting around for your turn to zap them into oblivion, or dangle them above the ocean to become fish food, the Pygmies have decided to take control of their fate and fight against an invasion from creatures that appear from a magical portal (a portal from another game, apparently).

The game itself is actually more Desert Ashes than Pocket God. Players send allies across the way to attack enemies in turn-based combat. Your buildings generate revenue and you have bases to protect. You can choose allies based on their stats.

When your team attacks, the Pocket God aspect really shines through. Pygmies throw their spears and make their funny noises. You get a close-up of the little guys during the attack animation to see your favorite island dwellers; Ooga, Booga, Nooby, Dooby, and my personal favorite, Klik and Klak. 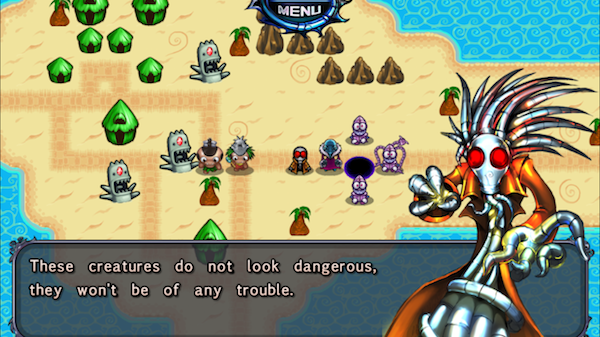 In addition to the main characters, the Pygmies have teamed up with some of their former enemies, including Zombie Pygmies and Laser Sharks. Plus, recruit T-Rexes, Dodo Birds, and Jellyfish to help you fight against the Landians.

The game features a night and day system, complete with weather conditions that affect what happens on the battlefield.

Once you’ve destroyed the Landians in single-player mode, you can join up with friends in a multiplayer version of the game for unlimited hours of enjoyment.

Pocket God vs Desert Ash is available on the iPhone, iPad, and iPod touch for $4.99. Download it in the App Store today.

What do you think of this gaming mashup? Let us know in the comments below.