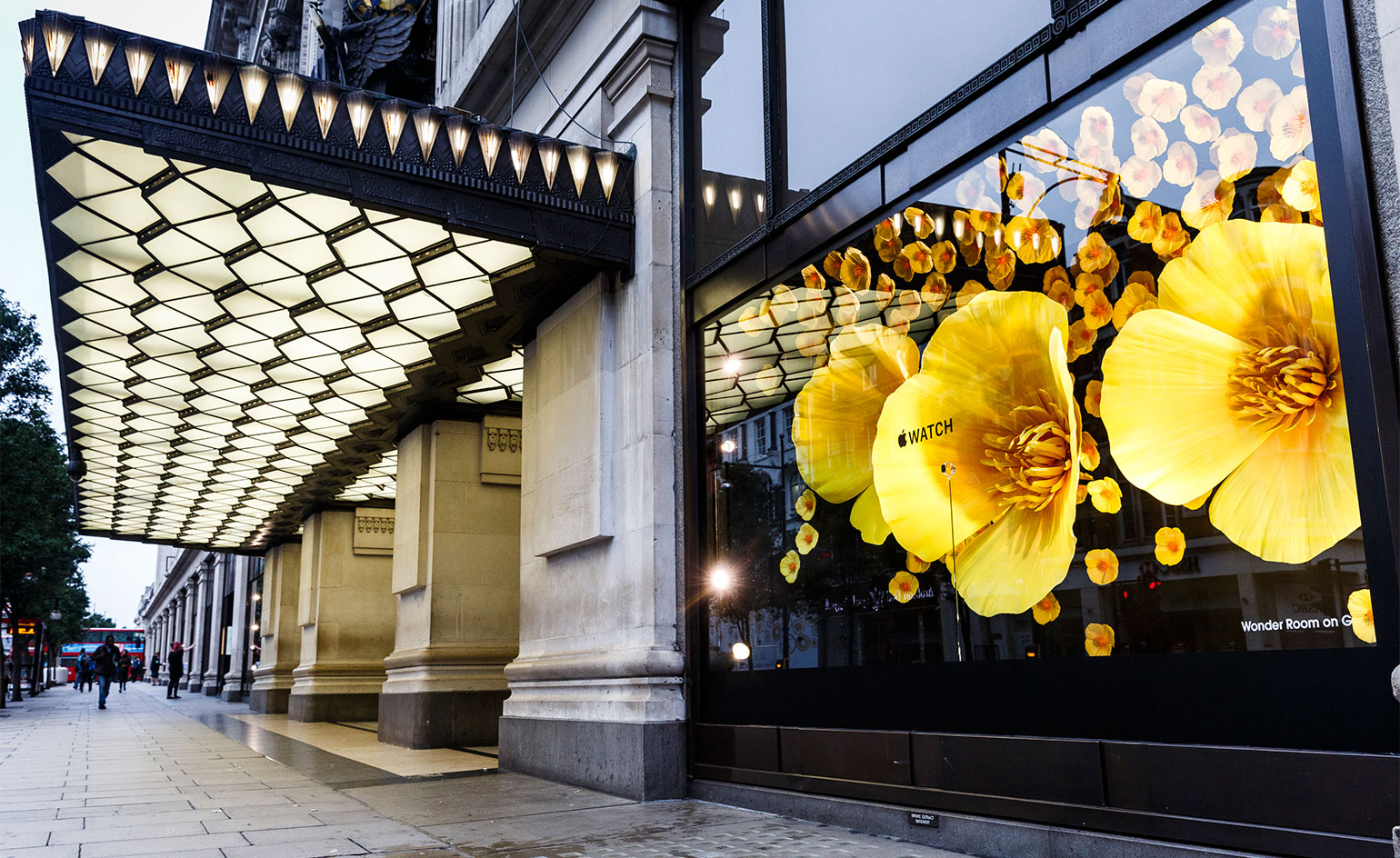 Apple Watch advertising has been amped up quite a bit with news of a remarkable eye-candy floral display which promotes the wearable device at Selfridges, a chain of high end department stores in the UK founded by Harry Gordon Selfridge.

According to design outlet Wallpaper, two dozen floral displays that wrap around Selfridges’ flagship store in London sport blooming flowers and other floral motifs directly inspired by the Motion face on the Apple Watch.

We are thrilled that the flowers of the Apple Watch face have inspired such a beautiful design and to see it come to life in this amazing installation, reflected in all 24 of Selfridges’ historic windows.

Linda Hewson, Selfridges creative director, said collaborating with Apple on such a large scale creative project continues “our well-established tradition of inviting outstanding designers with a unique point of view to curate displays within our stores.” 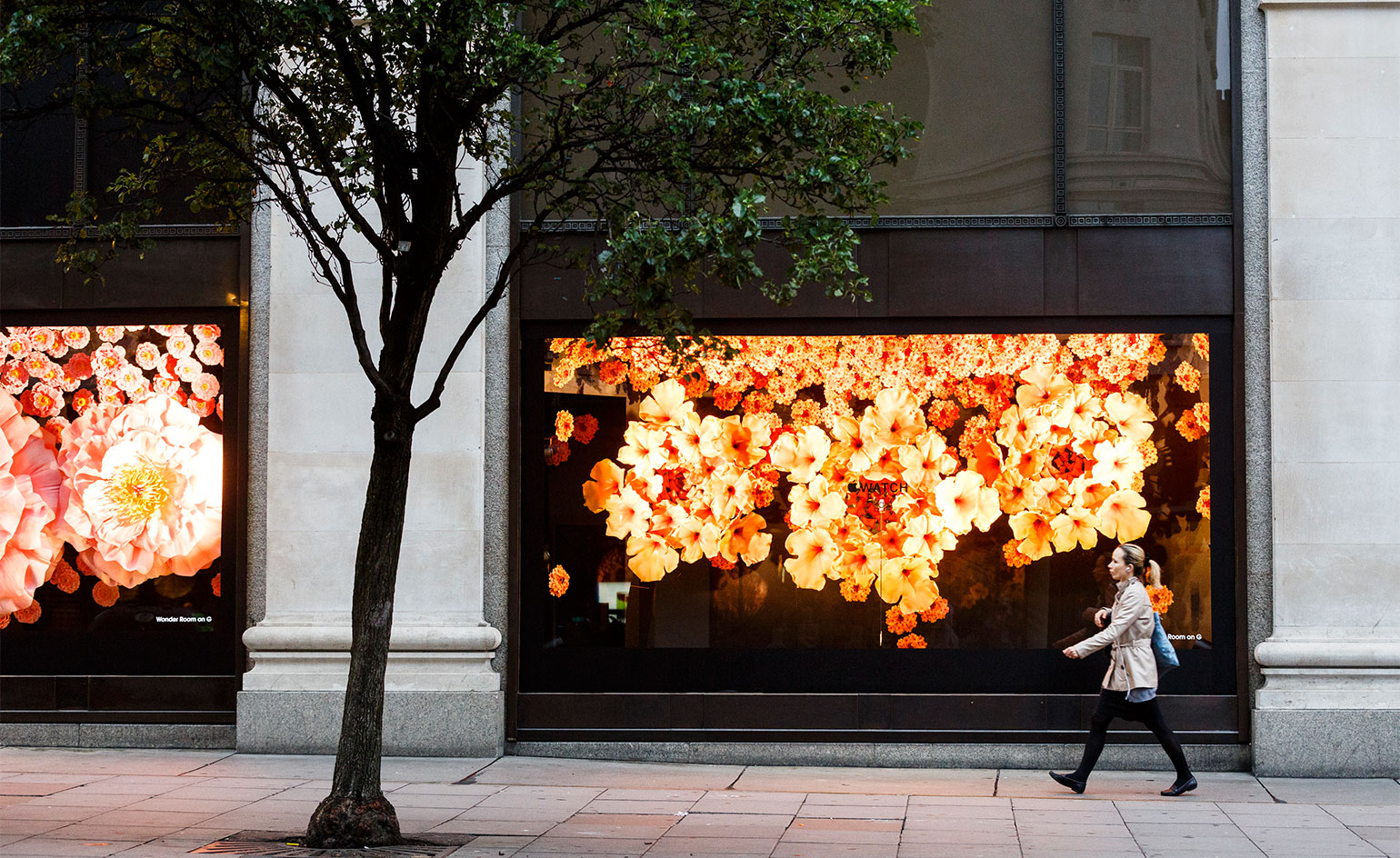 As with everything Apple, this stunning feat of in-store advertising once more exhibits Apple’s famed attention to detail.

First, Apple’s creative team photographed the blooming flowers in stop-motion, with some flowers requiring more than 24,000 shots over 285 hours.

The images were then scaled up to allow artists to hand-paint them on store displays through a sculpting process described “as equally painstaking and meticulous as the original photography.” 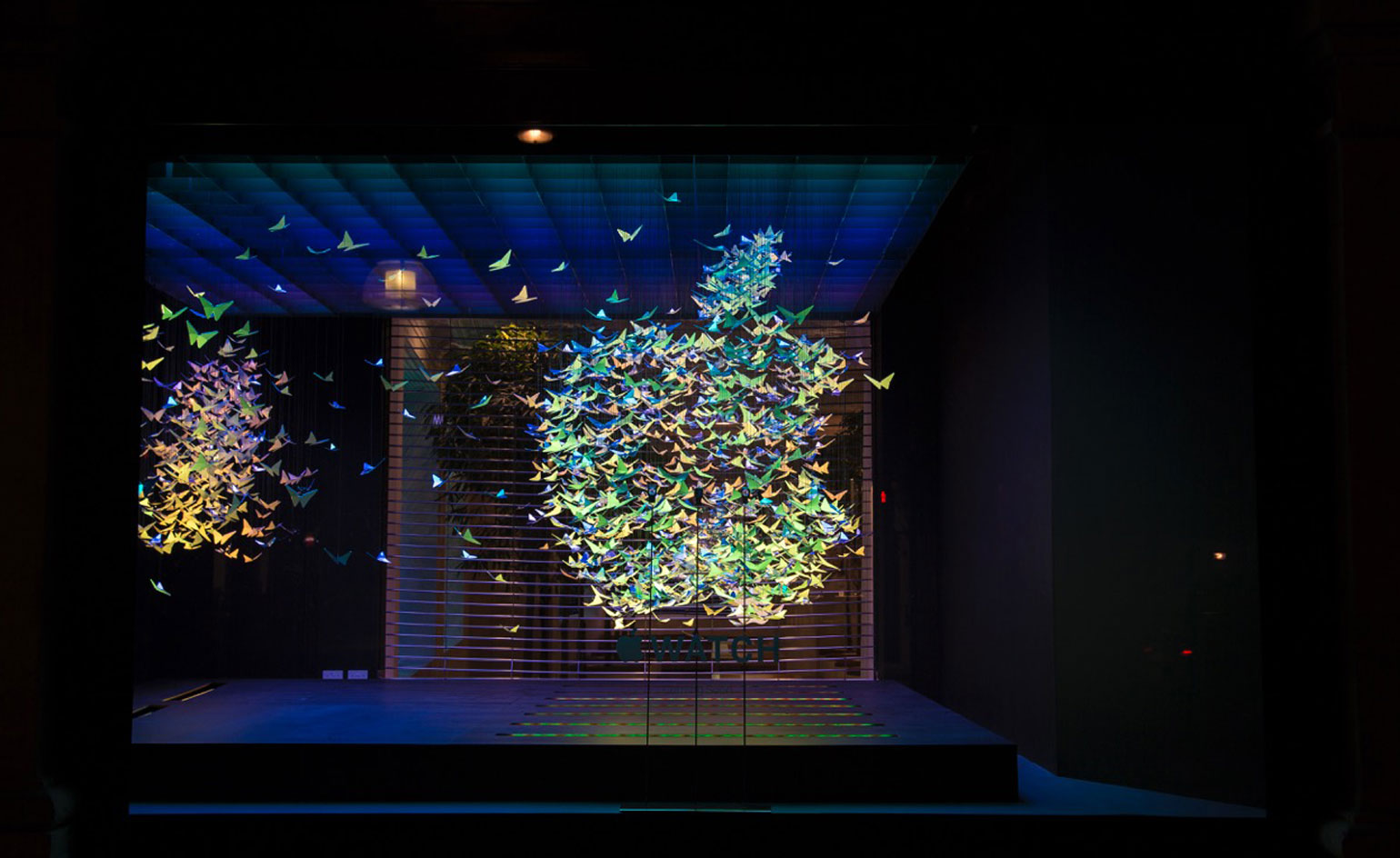 “For example, the large and medium flowers were crafted from cast resin, while the smaller components were 3D printed,” explains Wallpaper.

Saying that the end result is impressive is an understatement: all 24 displays which wrap around Selfridges’ London store feature 24 huge, 50 medium and 5,525 small flowers, in addition to 240 slightly larger ‘small-plus’ flowers, each created via different methods. 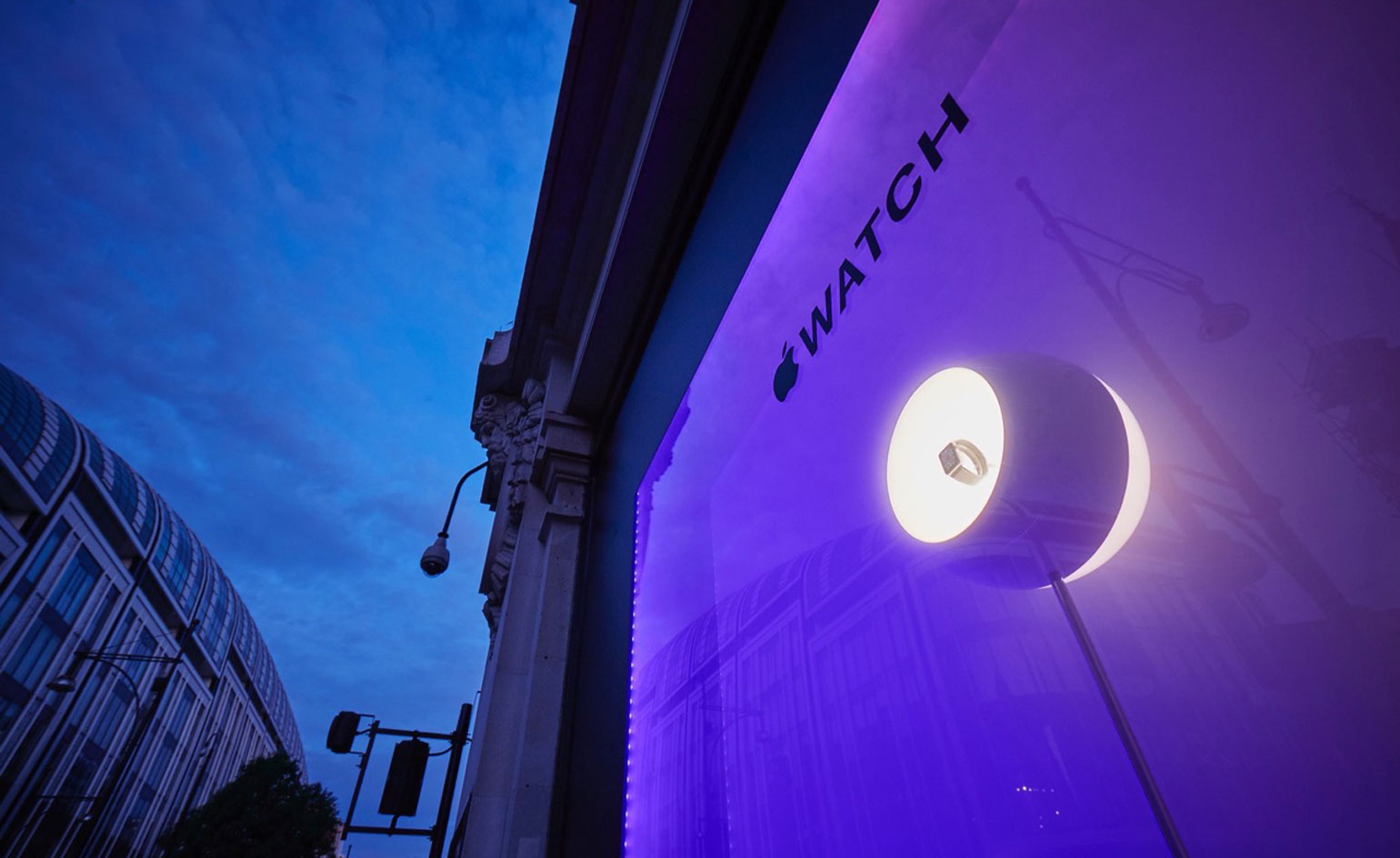 This installation actually marks the first and only time all of Selfridges’ windows have been dedicated to one product. It’s interesting that Selfridges was one of just a few places where Apple has been selling all Apple Watch models via a store-within-a-store concept since the device’s April 24 launch. 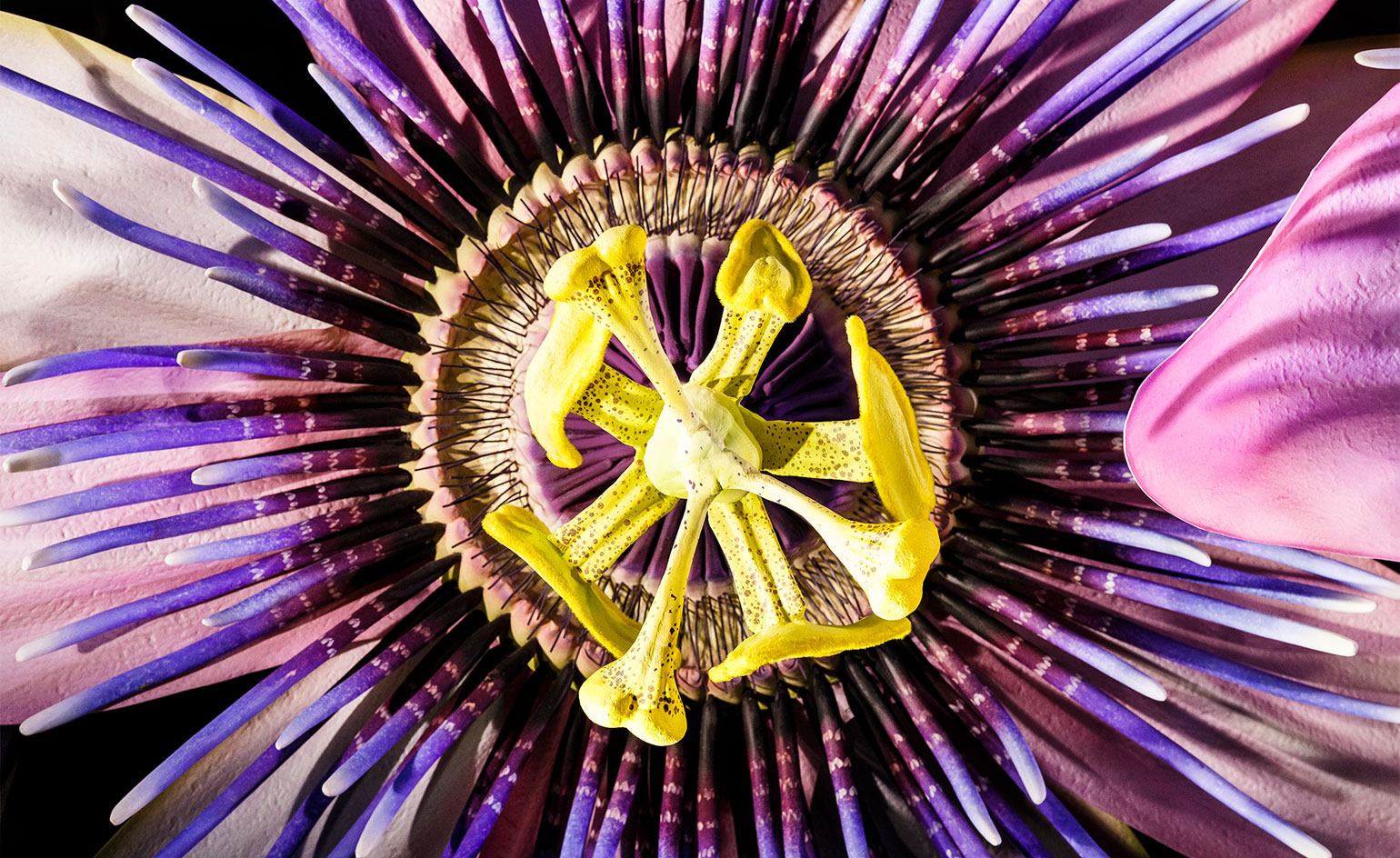 Located on London’s 400 Oxford Street, the Selfridges shop is just across the popular Wonder Room shopping hall where a bunch of watch brands and jewelers operate their luxury shops.

In fact, Apple’s store is right up towards the entrance of the Wonder Room.