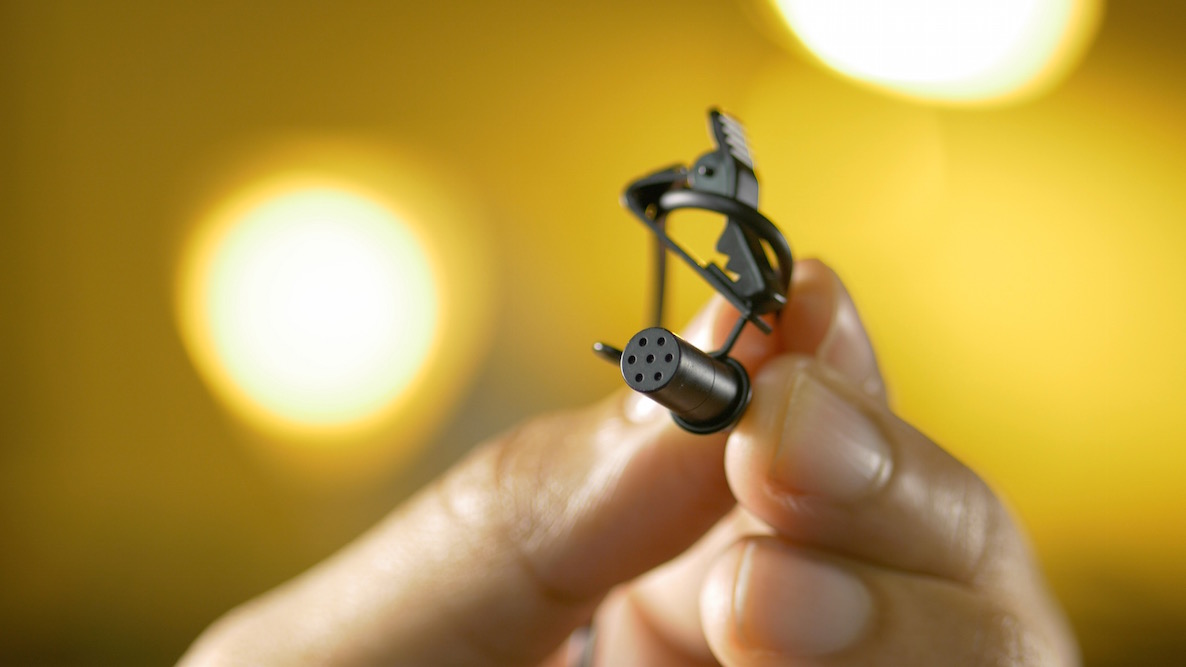 As many of you guys know, I’m fairly involved in audio and video when it comes to producing content for iDownloadBlog. As someone who co-produces multiple podcasts each week, I’m especially fond of audio, and any new product that surfaces that could possibly give my audio game a boost is on my radar.

One such product is Sennheiser’s new ClipMic digital ($199 on Amazon). It’s a lavalier mic that connects directly to the iPhone via its MFi certified Lightning connector. With the ClipMic digital, you can basically transform your iPhone into a high quality audio recorder…

The high quality is partly possible due to a partnership with Apogee. Apogee makes high quality audio equipment for the Mac and iOS devices, and its PureDigital A/D Conversion circuitry included in the ClipMic’s signal chain is what transforms your voice from an analog signal to a digital one.

But Sennheiser also has a whole lot to do with the audio quality as well, as the ClipMic is essentially a modified version of its well-regarded ME 2 microphone. This is the same Microphone that’s sold standalone and that’s bundled with Sennheiser’s higher priced offerings; more on that later. 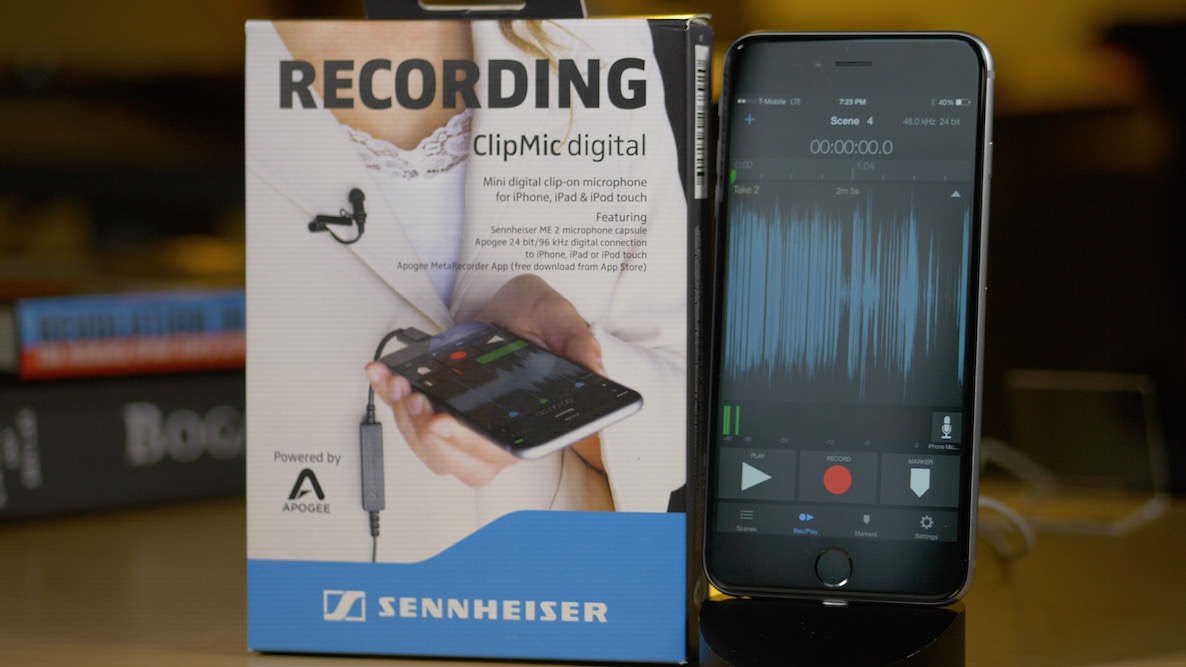 Once you unbox the ClipMic, you have the option of adding the small wind screen to the head of the microphone. This wind screen reduces wind noise up to 20 dB. You’ll also need to connect the clip to the mic as well, which allows it to function as a proper lav mic. Once you do, use the clip to attach the ClipMic to your shirt, route the cable underneath your shirt, and connect the ClipMic’s Lightning connector to your iPhone. 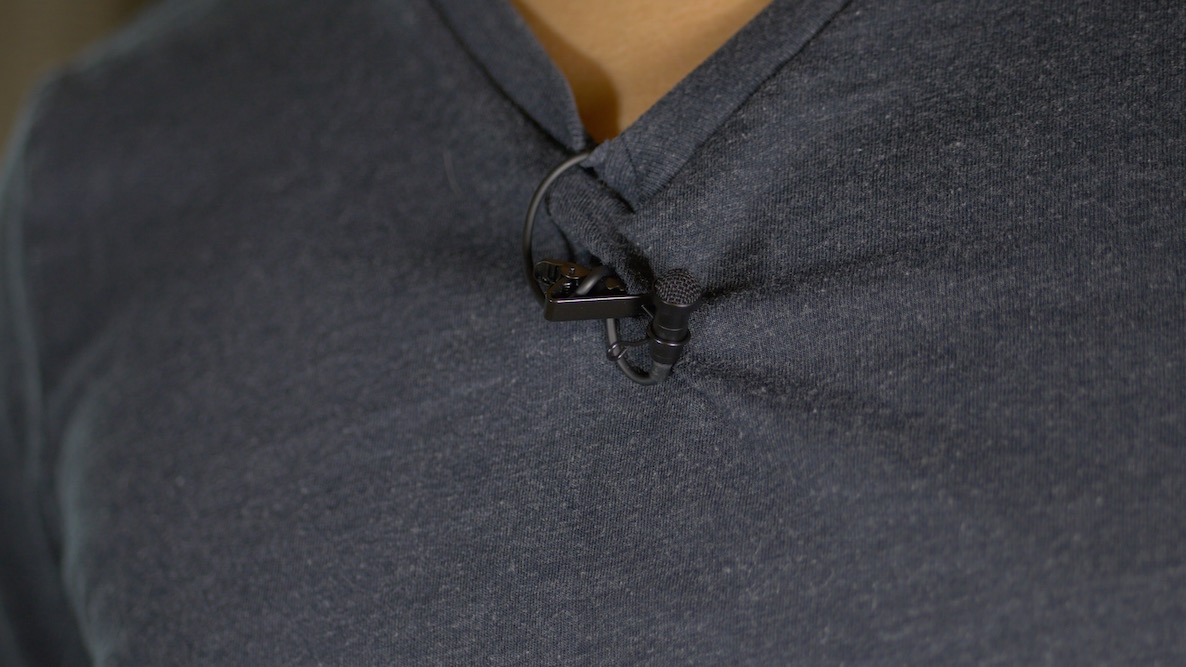 As I mentioned, the actual mic hardware used for the ClipMic is Sennheiser’s ME 2 lavalier microphone. Of course, the MFi Lightning connector means that it no longer has the 3.5mm jack for connecting to standard audio equipment, but that’s a compromise that allows for quick plug and play high-quality-interfacing with the iPhone. If you check Amazon or B&H Photo, you’ll see that the ME 2 has outstanding reviews. In fact, the ME 2 is the same lav that Sennheiser includes with its popular $600+ wireless lav system. 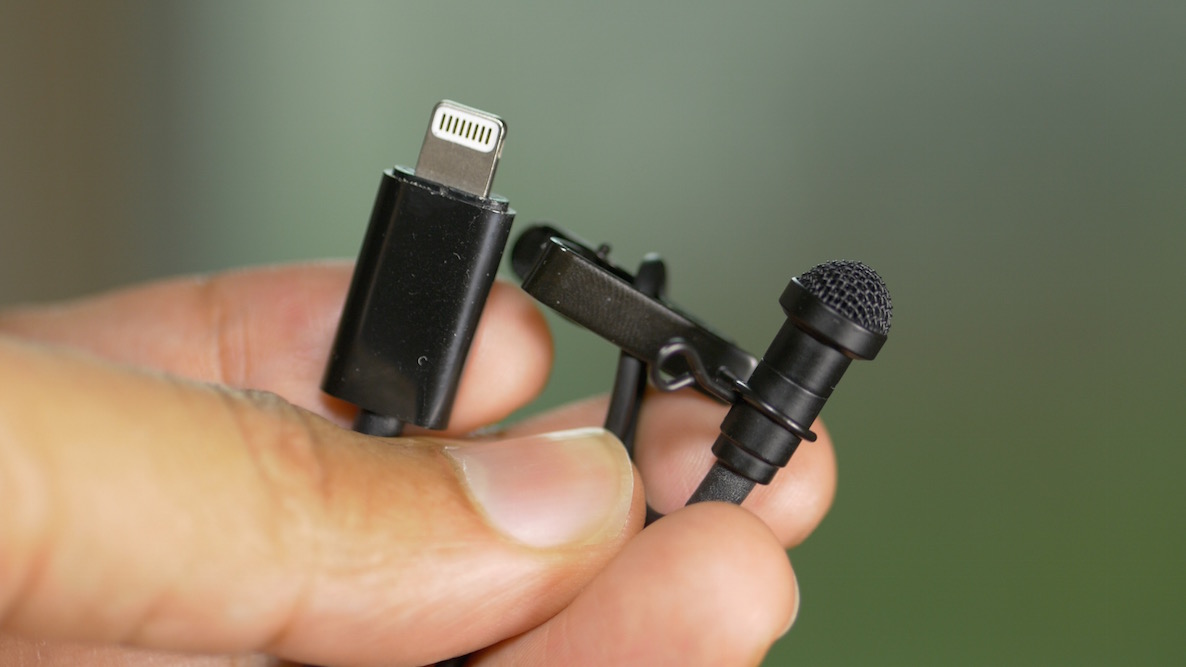 After using the ClipMic, I concluded that the iPhone is a natural as an audio recording interface. Having a touch screen means that features can be easily updated, something that isn’t as possible with physical hardware digital recorders. It also means no longer having to carry around an extra piece of hardware.

But that’s not to say that the iPhone is perfect when it comes to recording audio. Due to the fact that it’s a phone with a wireless cellular chip, incoming calls can interrupt an in-progress recording, and interference can easily creep into a recording if you’re not careful. That’s why it’s imperative to use airplane mode if you’re working on something really important.

It’s highly-recommended that you use Apogee’s MetaRecorder app, which is free to download. Without a compatible device connected like the ClipMic, functionality of the app is limited, but you get free unabated access after connecting the ClipMic the first time.

The MetaRecorder app is really good software, and it’s easy to use. It allows you to record different scenes, and record multiple takes in those scenes. It also lets you set markers for easy reference. Users of Final Cut Pro X will especially appreciate the software’s ability to export .xml data containing these markers for quick reference while editing on the Mac.

MetaRecorder lets you quickly adjust gain for the ClipMic and you can see real time levels to ensure that your voice isn’t clipping. You can also reference a large waveform for all of your takes, and swipe through previous waveforms for quick access and playback. 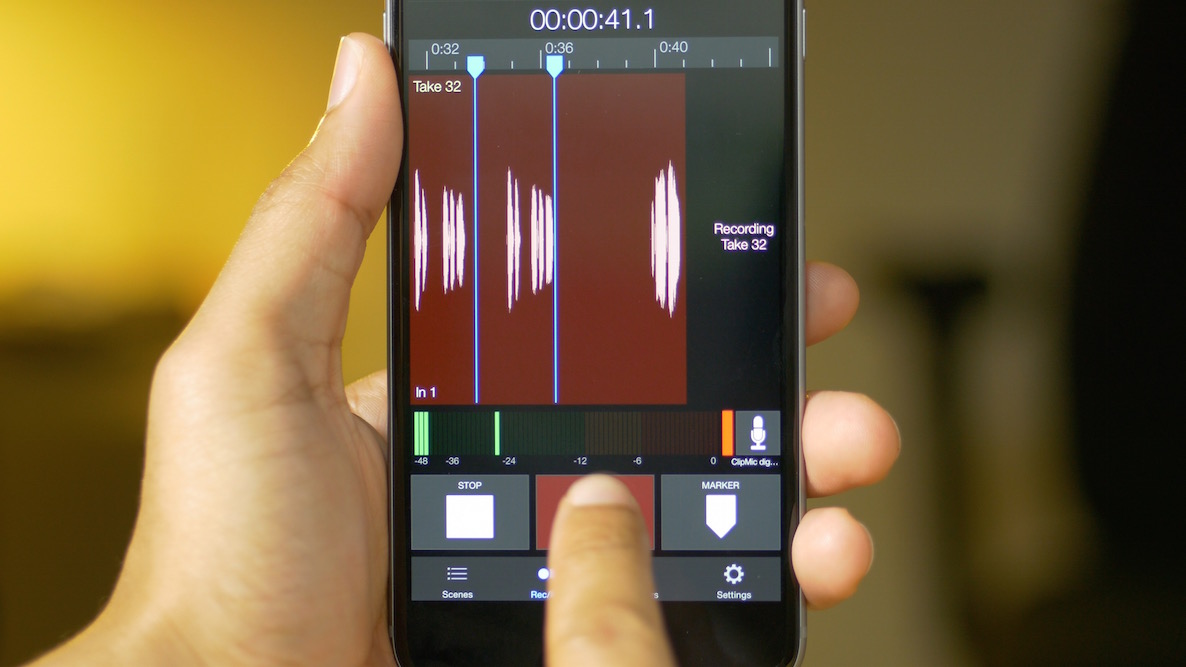 For those of you concerned about recording the highest quality audio, you’ll be happy to hear that the ClipMic is capable of recording at a 96 kHz sample rate at 24 bit depth. You can even choose between recording to an uncompressed WAV or CAF, that latter of which allows for file sizes above 2GB.

One of the really cool things about Apogee’s MetaRecorder app is its ability to upload your scenes to Dropbox. This provides a mostly frictionless experience of recording your content and getting it on your computer.

But there is one big downside with the MetaRecorder app as well. Although, yes, it’s possible to upload to DropBox, there’s no support for iOS 8’s native sharing interface, which severely limits your ability to quickly get your recordings off of your device. That, to me, is by far the biggest opportunity for improvement with this app.

Of course, you don’t have to use the MetaRecorder app, as the ClipMic supports any app that works with CoreAudio. That means that it plays nice with Skype, the stock Voice Recorder app, etc.

If you’re in the market for a lavalier mic and you’re an iPhone user, you should seriously consider the ClipMic digital. It simplifies the process of recording audio via the easy-to-use app, and the fact that you don’t have to tote around a dedicated digital audio recorder.

The sharing experience could definitely be better, and you’ll need to make some compromises when it comes to handling incoming phone calls and potential interference. If you can live with those potential caveats, the ClipMic digital is a solid choice for those of you who want higher quality audio recordings in a hands-free manner.

Be sure to watch and listen to our comparison tests in our hands-on video for more details.

What do you think about the ClipMic digital? Sound off in the comments below.