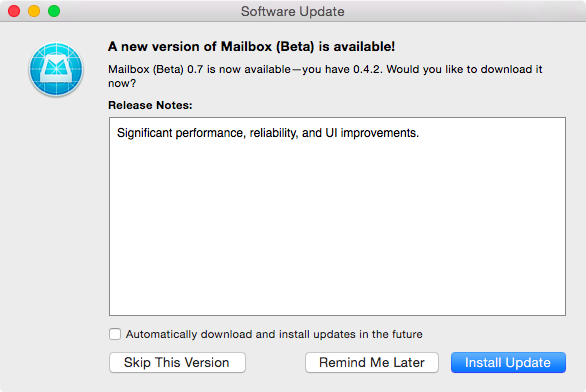 It’s been more than two years since cloud-storage startup Dropbox acquired the popular iOS email client Mailbox, and a full twelve months have passed since a public beta of Dropbox for Mac launched, and the software still hasn’t dropped the beta flag.

As a matter of fact, those among you who use Mailbox as your daily driver should hold on upgrading to the most recent release as it breaks compatibility with Macs running OS X Mavericks while introducing a host of new problems, as first reported by The Next Web.

Today’s update bumps up version number from 0.4.2 to 0.7, indicating a major release as Mailbox for Mac hasn’t seen any significant update in months.

“It’s now sporting a much cleaner design, snappier animations and feels like a more fully-fledged app than the previous version,” The Next Web reports. “Small touches like icons in the settings have been tweaked and the app overall loads much faster.”

However, this release has introduced a plethora of new bugs that spoil the experience for many users. Some of the issues that are plaguing users range from greyed out buttons and emails showing incorrectly to frequent crashing and more.

@Mailbox Since the new update this morning it is impossible to send new messages, it looks like it doesn't recognize adresses.

And as mentioned before, the latest version no longer supports any version of OS X below Yosemite although the official website still states that Mailbox for Mac requires OS X Mavericks or higher.

We’ll post an update if the Mailbox team responds to these concerns.

A public beta of Mailbox for Mac is available as a direct download from the Mailbox website. To learn more about the app, check out Timothy’s hands-on with the initial public beta release.

Download Mailbox for Mac beta here. If you already have Mailbox for Mac, you can check for updated manually by choosing Check for Updates in the File menu. 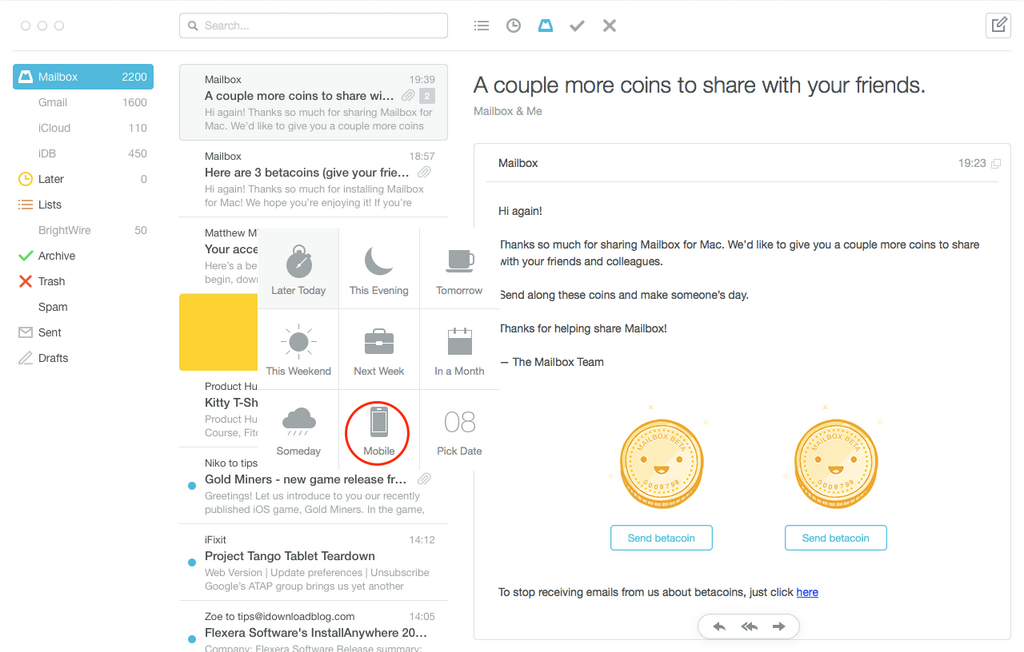 Mailbox is also available for the iPhone, iPod touch and iPad as a free download from the App Store.

Are you using a public beta of Dropbox for Mac?

If not, what is your favorite Mac email client?