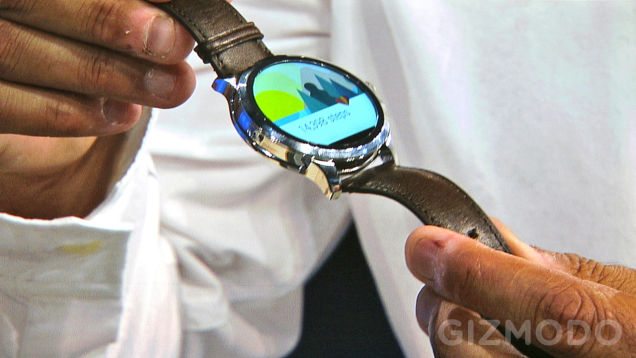 Clothing and accessory giant Fossil took the stage at Intel’s Developer Forum (IDF) on Tuesday to unveil new wearable products. Among them was a connected band, a connected watch, and a new smartwatch based on the Android Wear platform.

The watch bears a circular face, similar to that of the popular Moto 360, which sits upon a classic leather band. Other than that, however, and the fact that it features an Intel processor, Fossil is being fairly coy regarding specs and other device details.

With today’s announcement, Fossil joins Tag Heuer, Montblanc and other traditional watchmakers that have decided to enter the growing smartwatch space. Actually, if you want to get technical, the company has been dabbling in the space since 2003.

Fossil says that all of the products will be available by the holidays, but it didn’t give a specific release date or say anything about pricing. It’ll be interesting to see how well it performs during the season, against Apple Watch and other tech offerings.