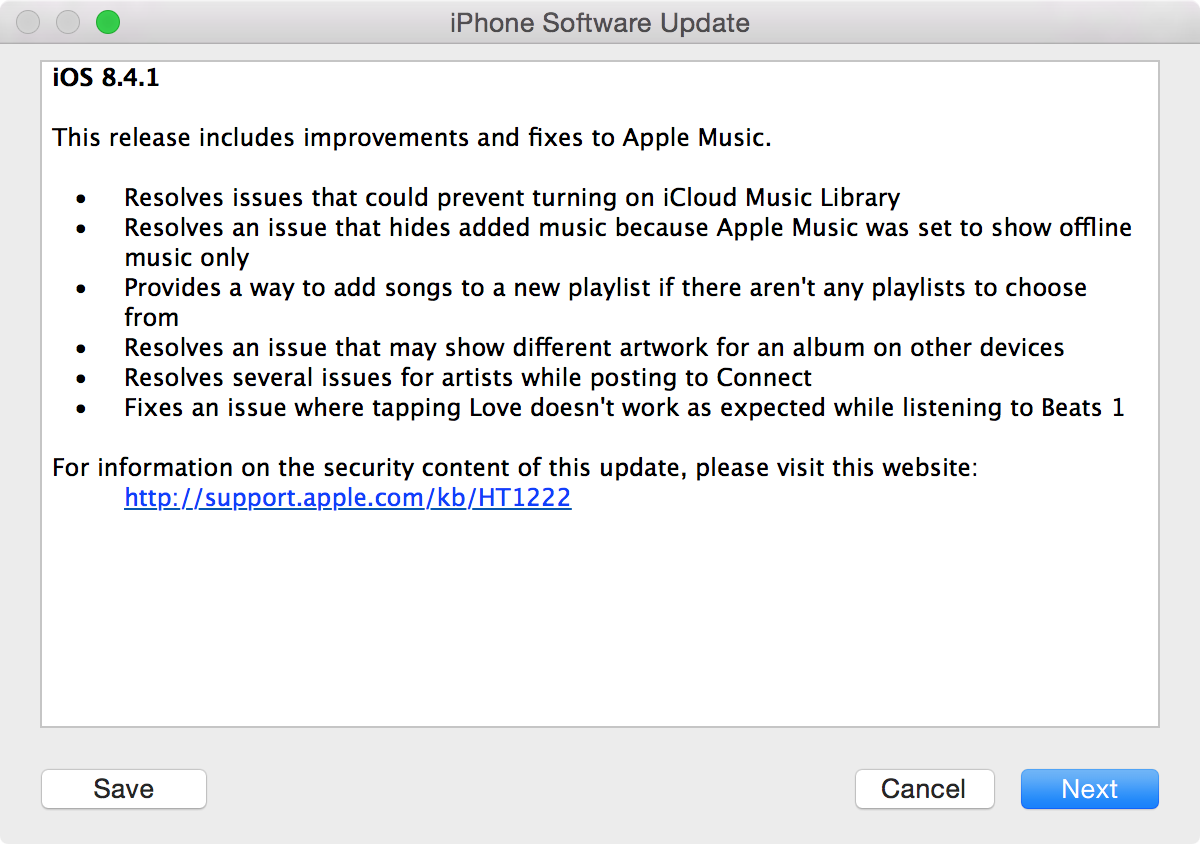 Apple just released iOS 8.4.1 to the public. If you’re jailbroken, it’s highly recommended that you stay away from this update. We’ll post an update once we have details of what the iOS 8.4.1 release contains, but rumors have swirled for weeks that it may fix the exploits used for the latest iOS 8.3 and iOS 8.4 jailbreak.

This release includes improvements and fixes to Apple Music.

The fact is, there’s no way to know for sure if the exploits have been fixed without it being tested. As such, it’s highly recommended that you stay away from iOS 8.4.1 until we can confirm 100% that it’s safe.

With all of thats said, iOS 8.4.1 contains lots of fixes and some enhancements for Apple Music, which is nice. If you’re not jailbroken, or aren’t interested in doing so, then it would be wise to update for the best and most up to date Apple Music experience.

Non-jailbroken users can update using OTA in Settings → General → Software Update, or by connecting to iTunes and clicking Update under the device summary.

Have you updated yet, or are you holding off?