Apple CEO Tim Cook has invested some of his personal money in Nebia, a six-person start-up based in San Francisco which has developed a water-conserving shower head.

The startup has also received funding from the Schmidt Family Foundation, which was co-founded by Eric Schmidt, chairman of Google. Apple confirmed to The New York Times that its CEO’s stake in Nebia was a personal investment, not on behalf of the company.

Nebia’s innovative shower head cuts down the amount of water used through nozzles that break water down into droplets by up to 70 percent. The product uses about six gallons of water versus 20 gallons of water for average showers.

The shower head looks like a circular street lamp hanging from the base of an aluminum iMac, as shown on the below photo. 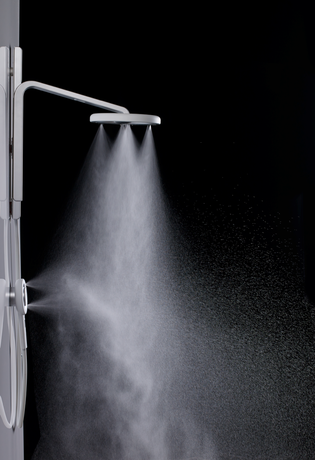 Brain Chen, the author of the report, was able to take the Nebia shower head for a spin and came away pretty impressed.

“In my testing of a prototype, the multi nozzle shower head produced a misty spray (the word nebbia in Italian means mist) that immersed me in water, unlike traditional shower heads that shoot pressurized streams of water,” he wrote.

“It made my hair feel flat and uncooperative, though my skin felt soft and relaxed.” 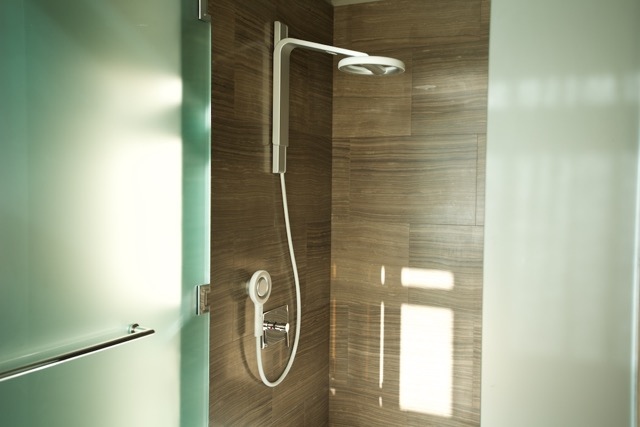 It’s interesting that Nebia has tested prototypes of its shower head on the campuses of Apple, Google and Stanford University. Tim Cook has showered with the product, for those wondering.

In addition to Tim Cook and Eric Schmidt, Nebia has also received funding from Michael Birch, a founder of the members-only club the Battery and the popular startup incubator Y Combinator.

The Eric Schmidt foundation said “Nebia’s showering technology has the potential to be transformative.” Airbnb cofounder Joe Gebbia thinks “your shower will never be the same” while Y-Combinator president Sam Altman called it the “best shower of my life.”

Fresh water is one of the world’s scarce resources so products like Nebia’s water-conserving shower head can have a significant impact on water use and contribute to a cleaner planet.

Nebia is currently raising funds on Kickstarter with the goal of hitting the $100,000 mark to ship its first batch of shower heads by next spring.