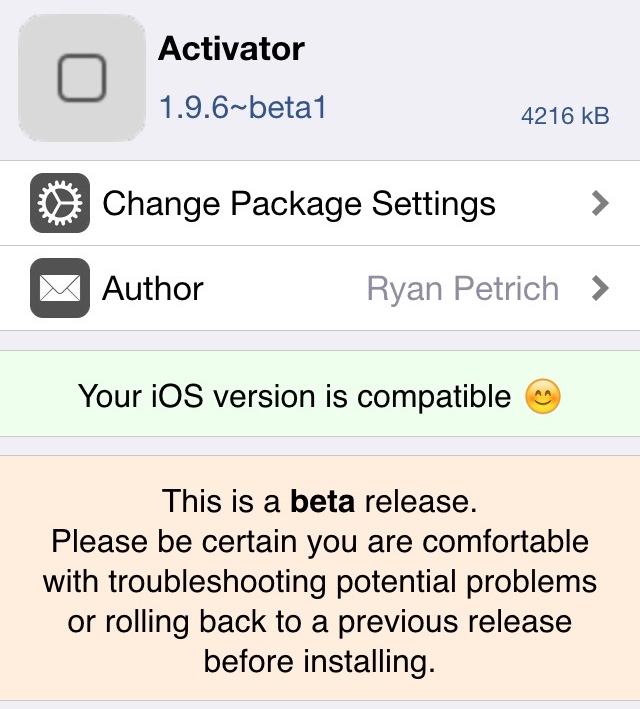 A new beta version of Activator is now available for download. The often-updated staple jailbreak tweak from developer Ryan Petrich brings several new features and fixes to the table.

Check out this post to learn what the update contains and how to install the updated version on your jailbroken device.

Here is a look at some of the Activator beta’s new features:

The system power down view action can be assigned to a gesture to immediately access the power down slider. This lets you bypass the delay that normally occurs when holding down the sleep button.

The naming of custom events has been rebranded as Build, which is makes sense, seeing as you’re creating new actions from scratch.

You can find the beta version of Activator on Ryan’s beta repo. This is accessible by adding the following repo to your list of Cydia sources:

Once you do, simply search for Activator, and it’ll display the latest version—which is currently the 1.9.6 beta 1 release.

What do you think about this latest version of Activator?