Multiplexer is an upcoming multitasking jailbreak tweak from Elijah Frederickson and Andrew Abosh, the same developers that brought us the high-regarding multitasking tweak, ReachApp.

Building on the success of ReachApp, Multiplexer is actually six tweaks built into one. In fact, each of Multiplexer’s features could probably stand on their own two feet—for example, ReachApp is a part of Multiplexer.

It’s still very much a work-in-progress, but Frederickson and Abosh have teased Multiplexer’s feature-set over the last week. I’ve been around jailbreaking for a long time, and this looks like it could possibly be one of the biggest and most ambitious releases that we’ve seen in quite some time.

As mentioned, Multiplexer is essentially 6 tweaks in one. They are as follows: 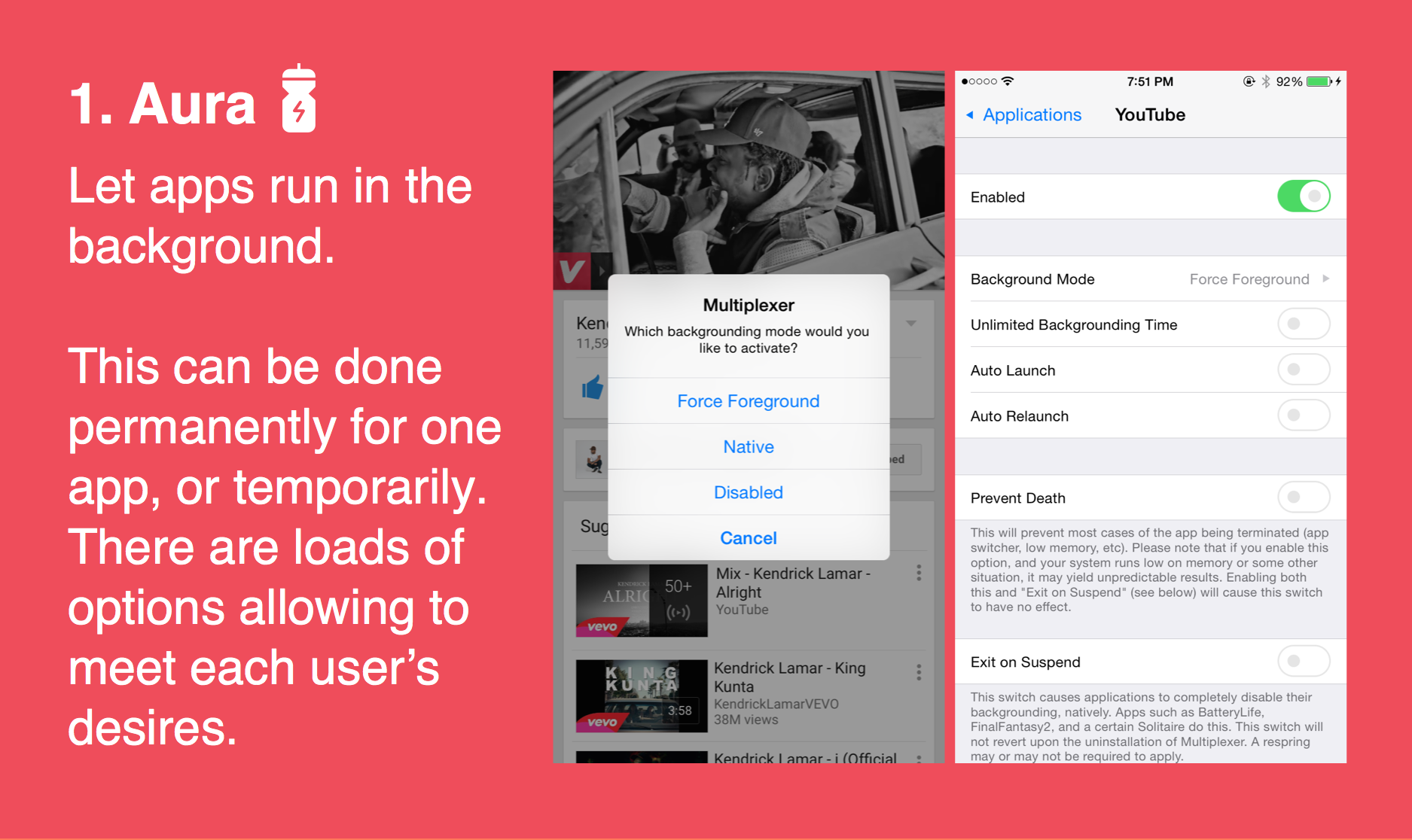 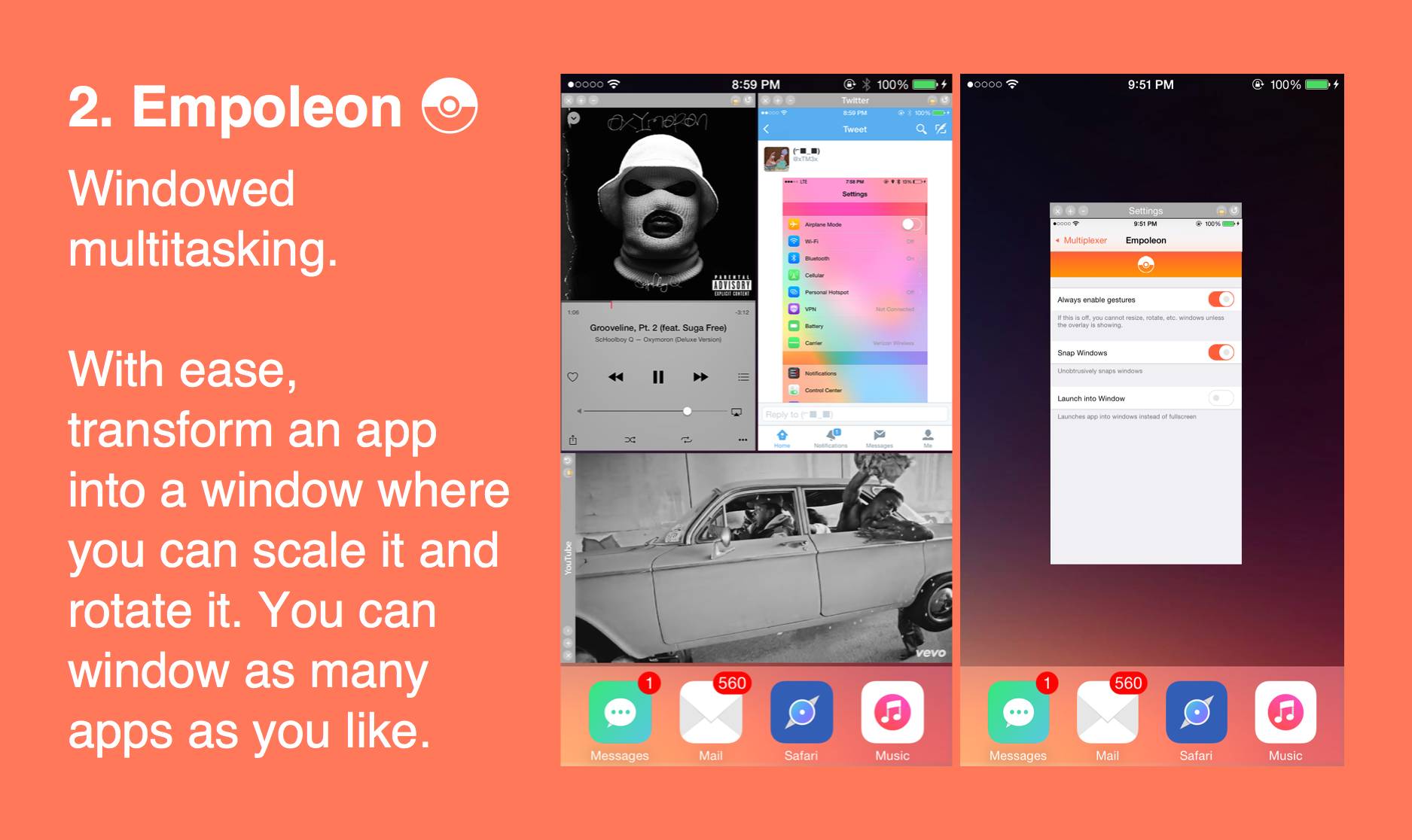 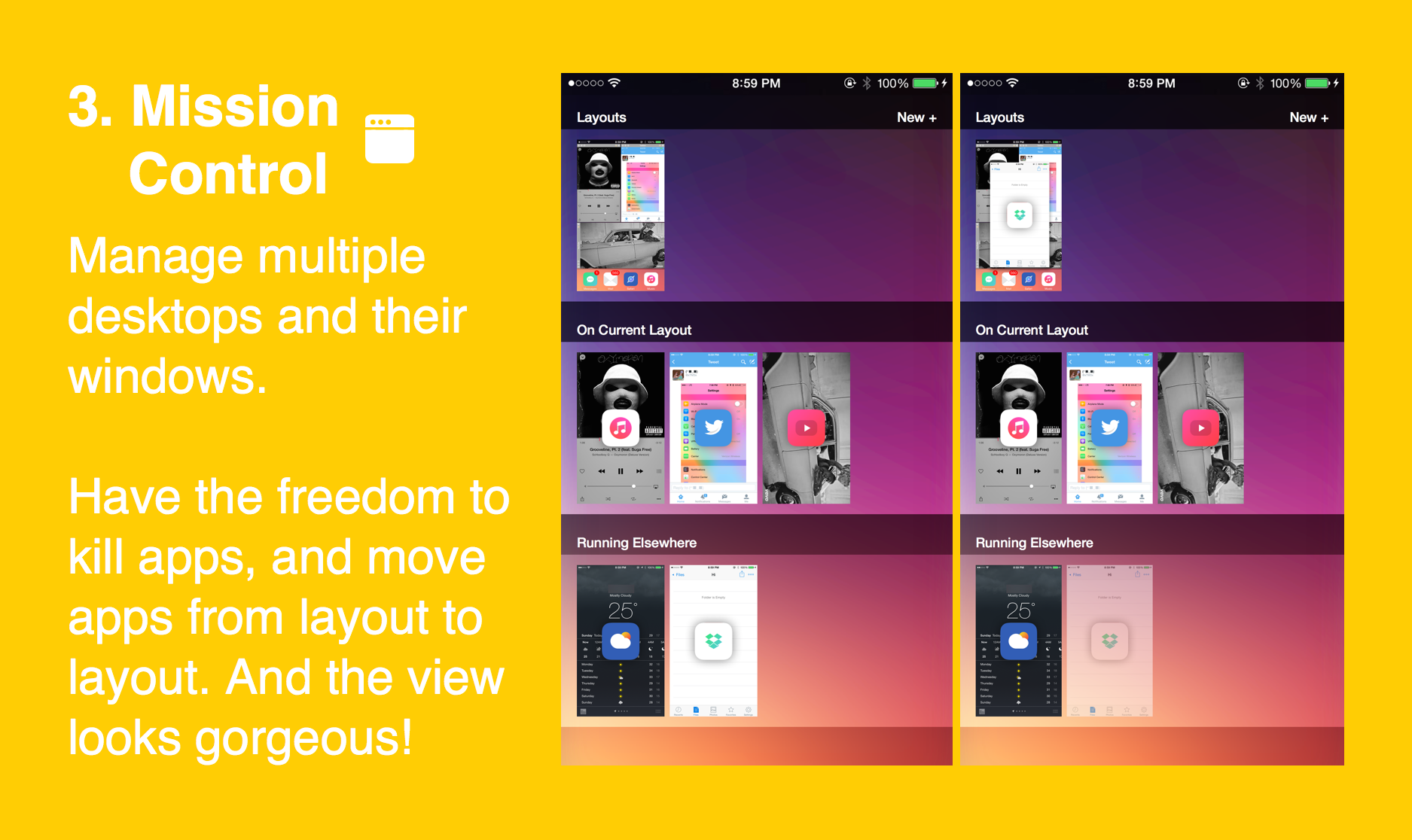 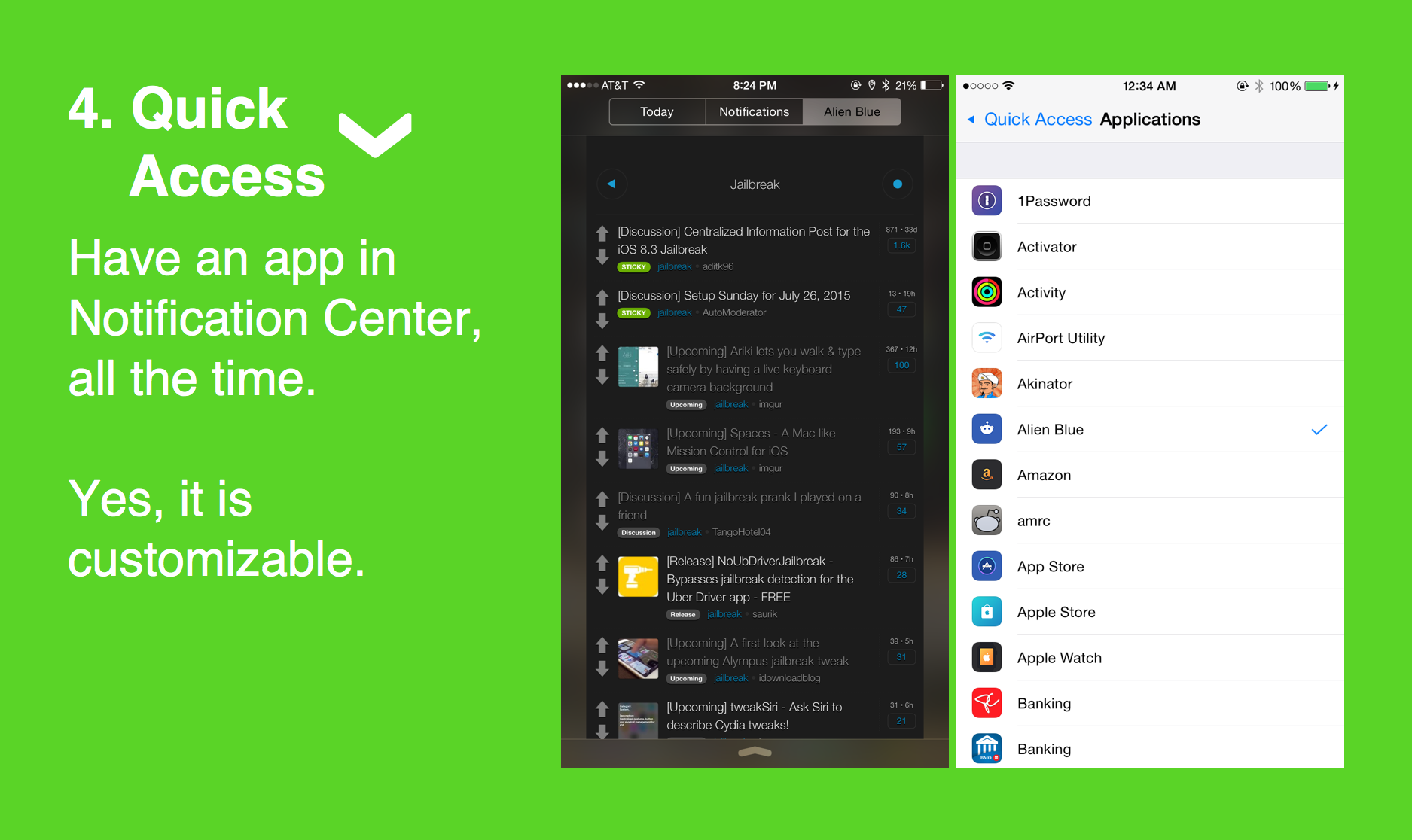 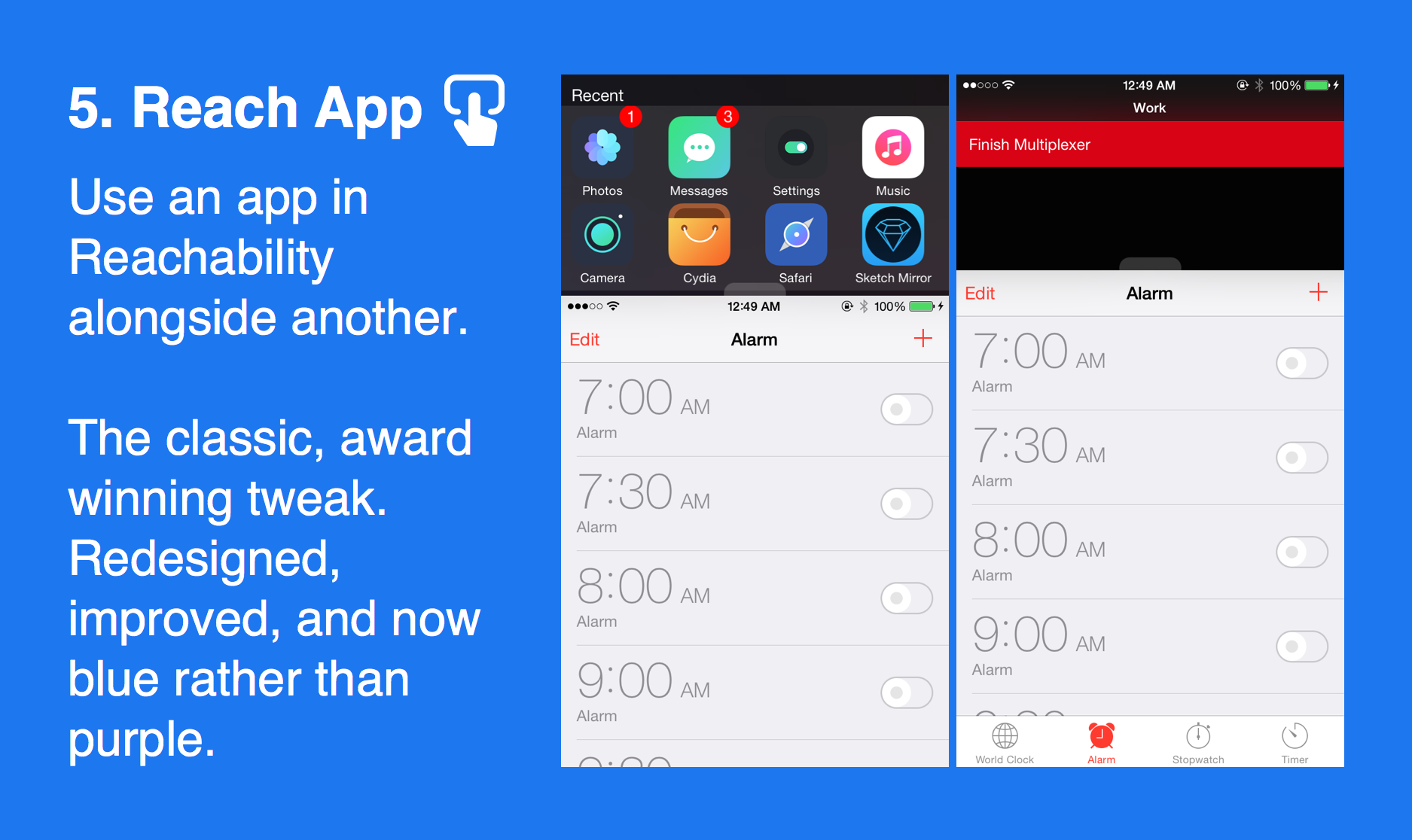 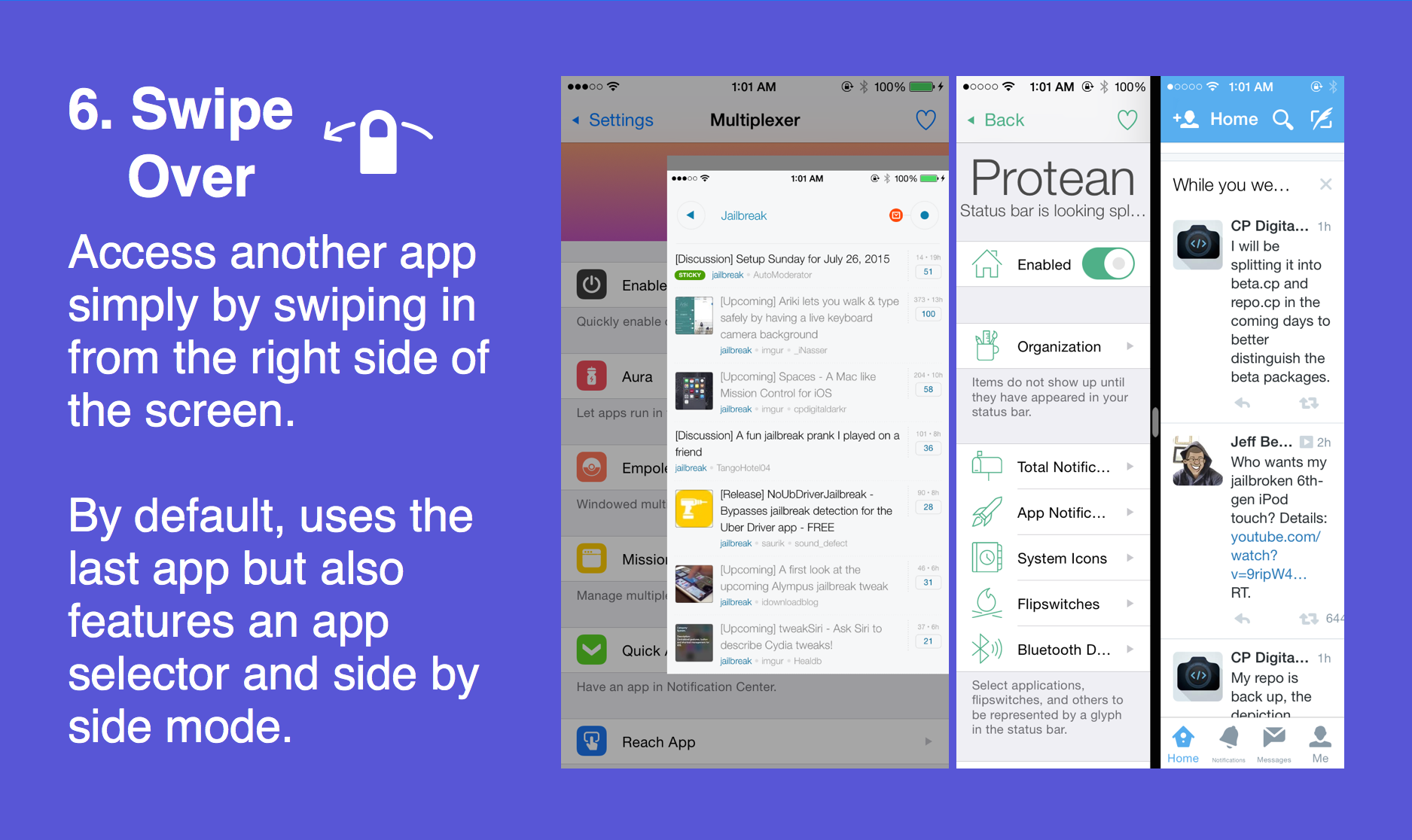 I don’t know about you, but Multiplexer looks absolutely incredible to me, and if Elijah and Andrew can pull it off successfully, it could easily walk towards the front of the list for greatest and most impactful tweaks of all time.

Obviously, though, only time will tell how this thing evolves and comes out in the end. ReachApp never made it out of beta, but maybe that’s because of Multiplexer’s existence; the duo knew they would do bigger and better things.

I, for one, am extremely excited about Multiplexer. It’s basically giving you the deepest multitasking control we’ve ever had by combining six standalone tweaks into one package.

How will these features work together? Will it work? Rest assured that I’ll be there on day one of release to find out. What about you?