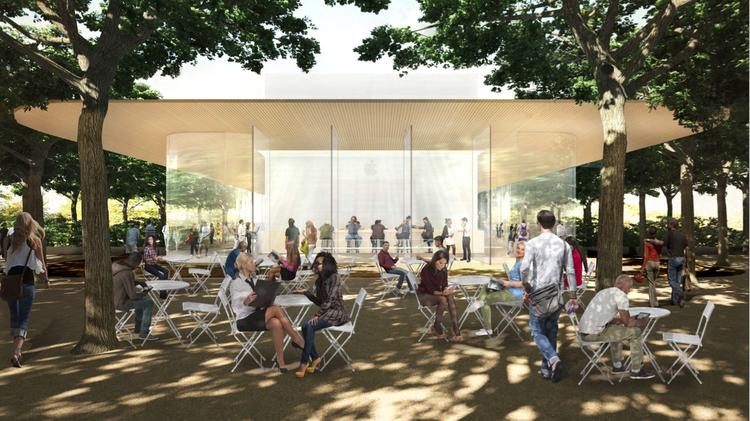 Apple’s new headquarters is going to be quite the tourist attraction, reports Silicon Valley Business Journal. The site has uncovered documents, first filed with the city of Cupertino back in April, which layout the company’s plans for a massive visitor’s center located on the “spaceship” campus.

According to the plans, the center will include a rooftop observation deck, a cafe, and a 10,000 square-foot storefront. Apple hopes the space will “create a public face of the Apple Campus 2 that reflects Apple’s business and design practices, and allows for a long-term presence in Cupertino.”

The building itself will be made of glass with a carbon fiber roof and large skylights—similar to Apple’s retail stores. Stairs and elevators will take visitors up to the viewing deck, which will overlook the ring-shaped main building. Apple says a screen will block views into an adjacent community.

Unveiled by Steve Jobs himself back in 2011, construction on Campus 2 began in early 2014 and stage 1 is expected to be finished by 2016. Once completed, the premises will span nearly 3 million square feet with office space, a workout facility and other amenities for more than 12,000 employees.