How long will Snapchat stop its lockouts? Is this just a temporary thing until it’s able to adequately update and clarify its terms of service? It’s still relatively unclear at this point.

What is clear is that Phantom, a Snapchat-centric tweak created by jailbreak developer CokePokes, has been updated to workaround the Snapchat crackdown. So even if Snapchat were to change its course again, and reengage jailbreak users, Phantom’s latest version should work regardless.

After working tirelessly since the initial issue of account lockouts first surfaced, CokePokes and other developers like Philip Tennen and qwertyoruiop began working on a fix for the issue.

The new version of Phantom—version 4.3.2—can be found on the BigBoss repo. 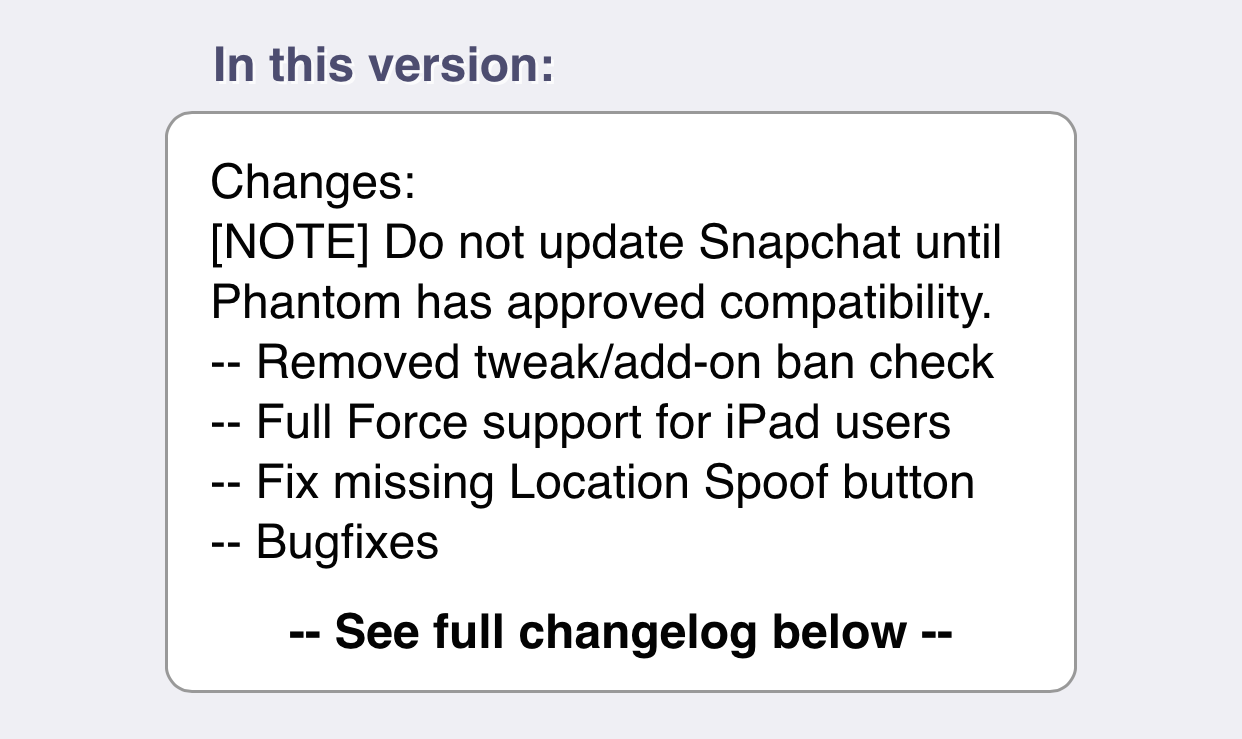 Again, it is definitely within the rights of Snapchat to make rules on how their service is used, and they explicitly state that “plugins” are not welcomed. Thus, proceed at your own risk when it comes to using this, or any sort of Snapchat-oriented jailbreak tweak.

Although Snapchat has ceased its bans on jailbroken users, we know that that could change at any time, especially since its yet to make any announcement on its policy regarding jailbreak tweaks. With this in mind, it’s probably best if you’re running the latest version of Phantom if you’re going to use it at all.