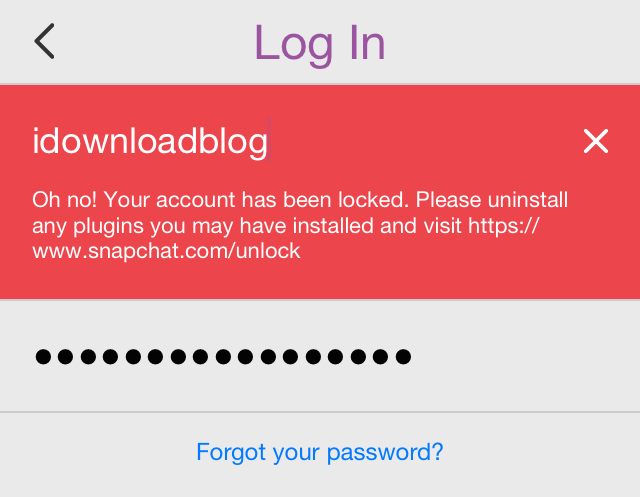 If you’re a fan of Snapchat and you like to use Snapchat-oriented jailbreak tweaks like Phantom, then take note. It appears that Snapchat is beginning to crack down on users who use jailbreak tweaks with its app.

Phantom—one of the most popular jailbreak tweaks for Snapchat—allows you to do things like spoof locations, save media, set custom notifications sounds, and much more. But apparently, Snapchat isn’t too keen on jailbreak users having such perks, and have begun locking out users of these tweaks.

Fortunately, the lock out isn’t permanent—at least not yet. Once you disable the Snapchat tweaks, your account can be unlocked and you can regain access to Snapchat sans any jailbreak tweaks on your device.

We just recently did a walkthrough of one of Phantom’s new features—a first for us, so the timing is interesting to say the least.

Step 1: Uninstall any Snapchat tweaks you have

Step 2: Go to https://snapchat.com/unlock and login to unlock 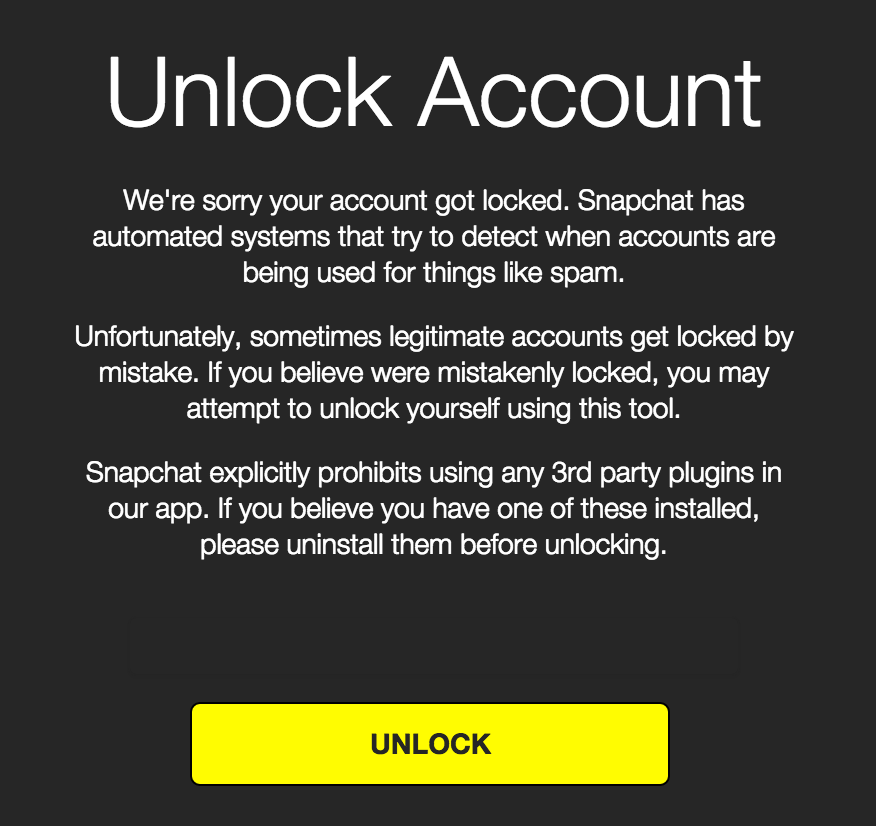 It’s not clear what methods Snapchat is using to see which “plugins” (aka tweaks) you have installed on your device, but they are able to pick up Phantom for sure, as we’ve independently verified this. Once I uninstalled Phantom, and unlocked my account, I was able to log back into the app successfully.

This could be the beginning of a long-term cat and mouse game between jailbreak tweak developers and Snapchat. As far as how risky it is with regard to Snapchat outright banning an account running on a tweaked device remains to be seen. My advice? Tread cautiously until we can derive more info.

What do you think about Snapchat putting the clamp down on jailbreakers?