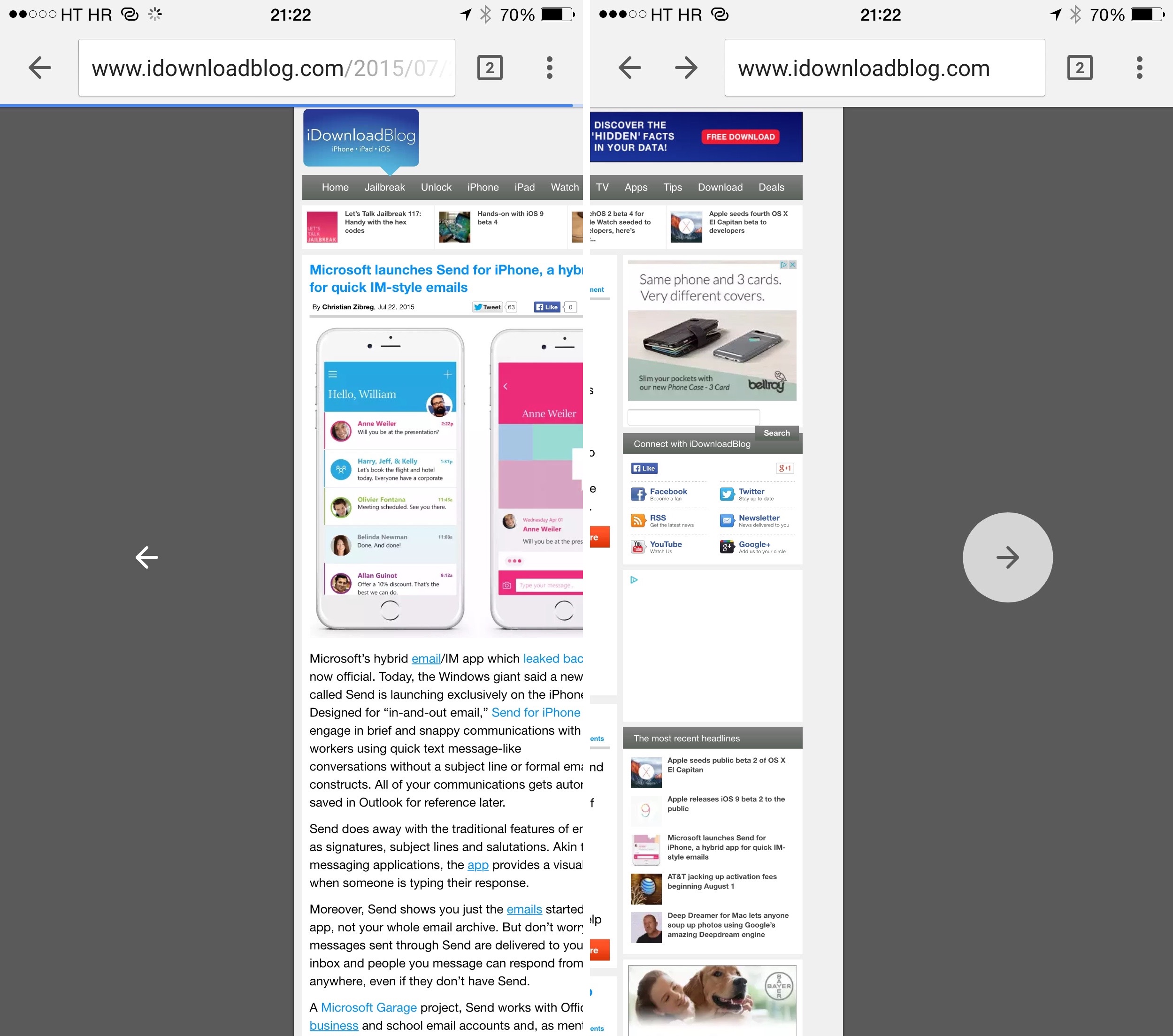 File this one under the “better late than never” drawer. It only took like nearly two years since iOS 7’s debut but Google has at long last given users of its Chrome for iOS browser the ability to swipe right or left to navigate backward or forward.

Before we get to that, I should also mention that Chrome recently picked up another interesting productivity boost: when you pull to refresh, the app presents three icons across the top of the screen.

You can then swipe to the left to create a new tab, release the finger to refresh the webpage or swipe to the right to close the current tab. And when swiping during pull-to-refresh, the blue circle gets animated as seen below, producing a neat effect. 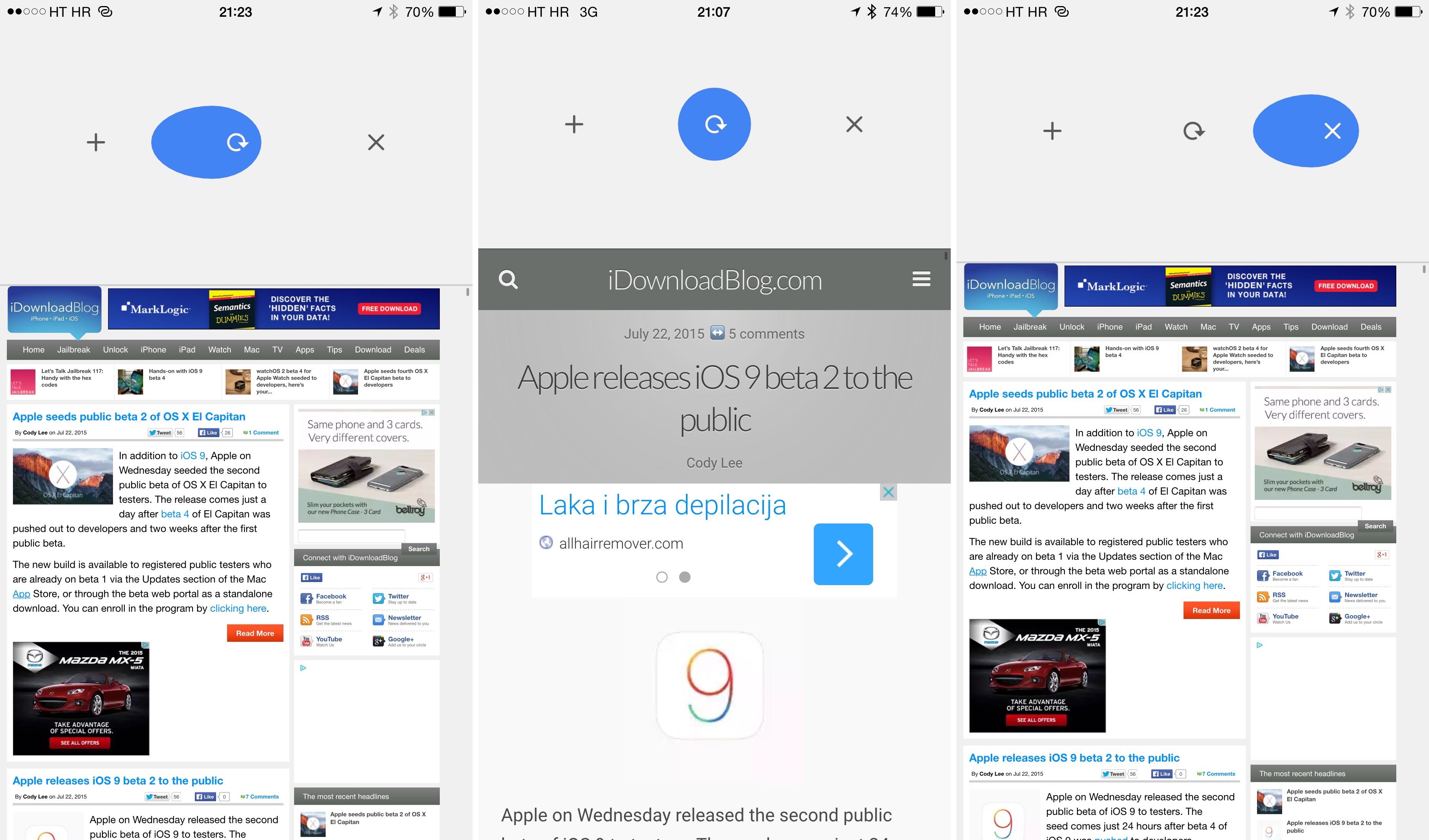 As for the Physical Web initiative, 9to5Mac explains that this technology takes advantage of Google’s recently announced Eddystone beacon technology and the new Proximity Beacon APIs in order to push information to devices over Bluetooth transmitters. 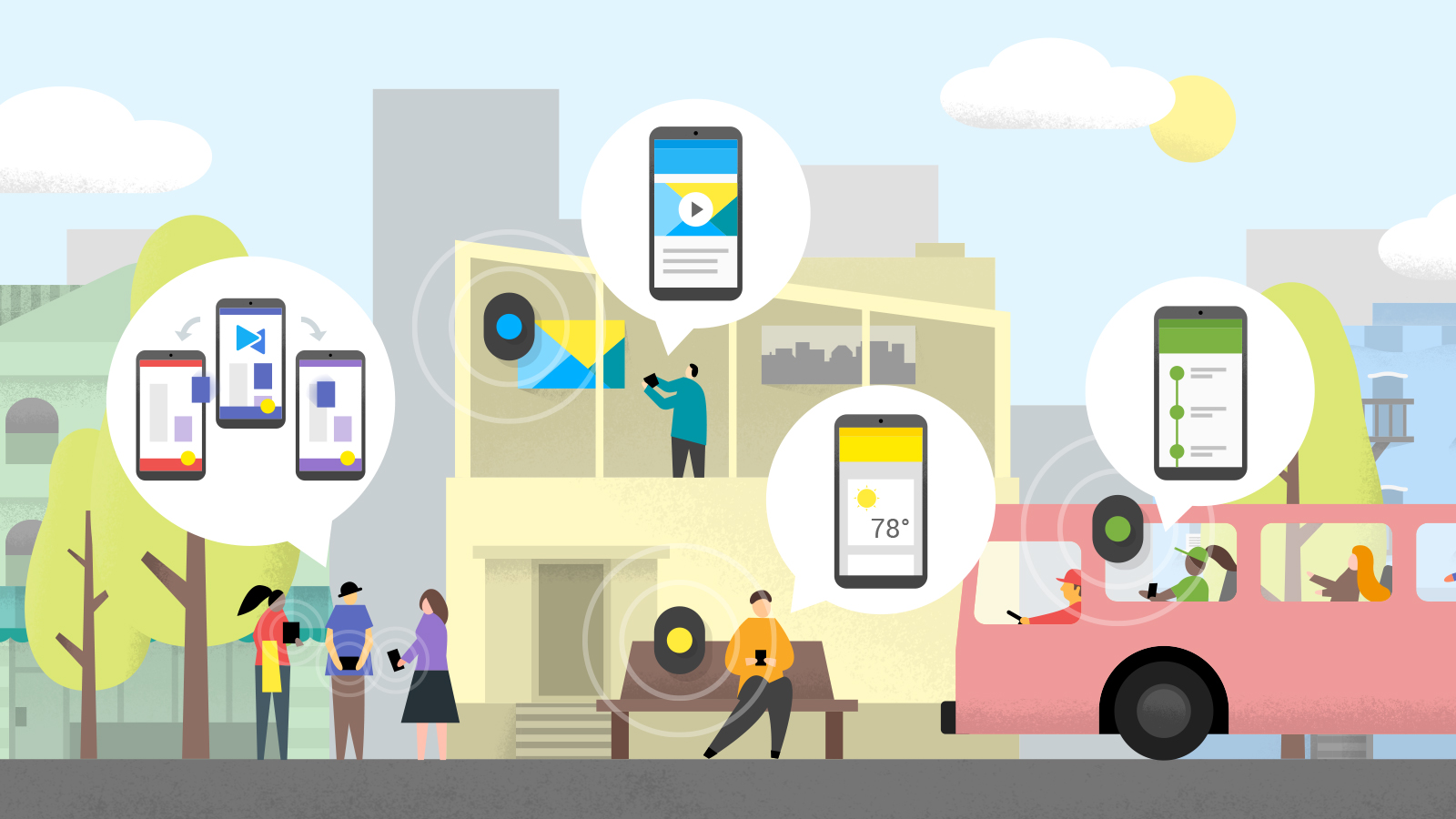 According to Google, Eddystone works much like Apple’s iBeacon standard. But unlike Apple’s technology, Eddystone is designed to be used by a wide range of manufacturers that build inexpensive Bluetooth transmitters, making it easier for devices in close proximity to communicate.

A cross-platform technology, Eddystone is capable of supporting Android, iOS or any platform that supports BLE beacons. The Eddystone language that physical beacon hardware uses to communicate is available as an open source project on Github.

What’s more, existing Bluetooth transmitters can be made compatible with Eddystone through a simple firmware update. Last but not least, Google has provided a new Nearby API that takes advantage of Wi-Fi, Bluetooth and inaudible sounds to determine the proximity between devices in order to facilitate frictionless sharing of messages.

The Nearby API joins the existing Nearby Beacon API for Android and iOS. The Nearby API is included in Google Play services 7.8 and coming to iOS soon. 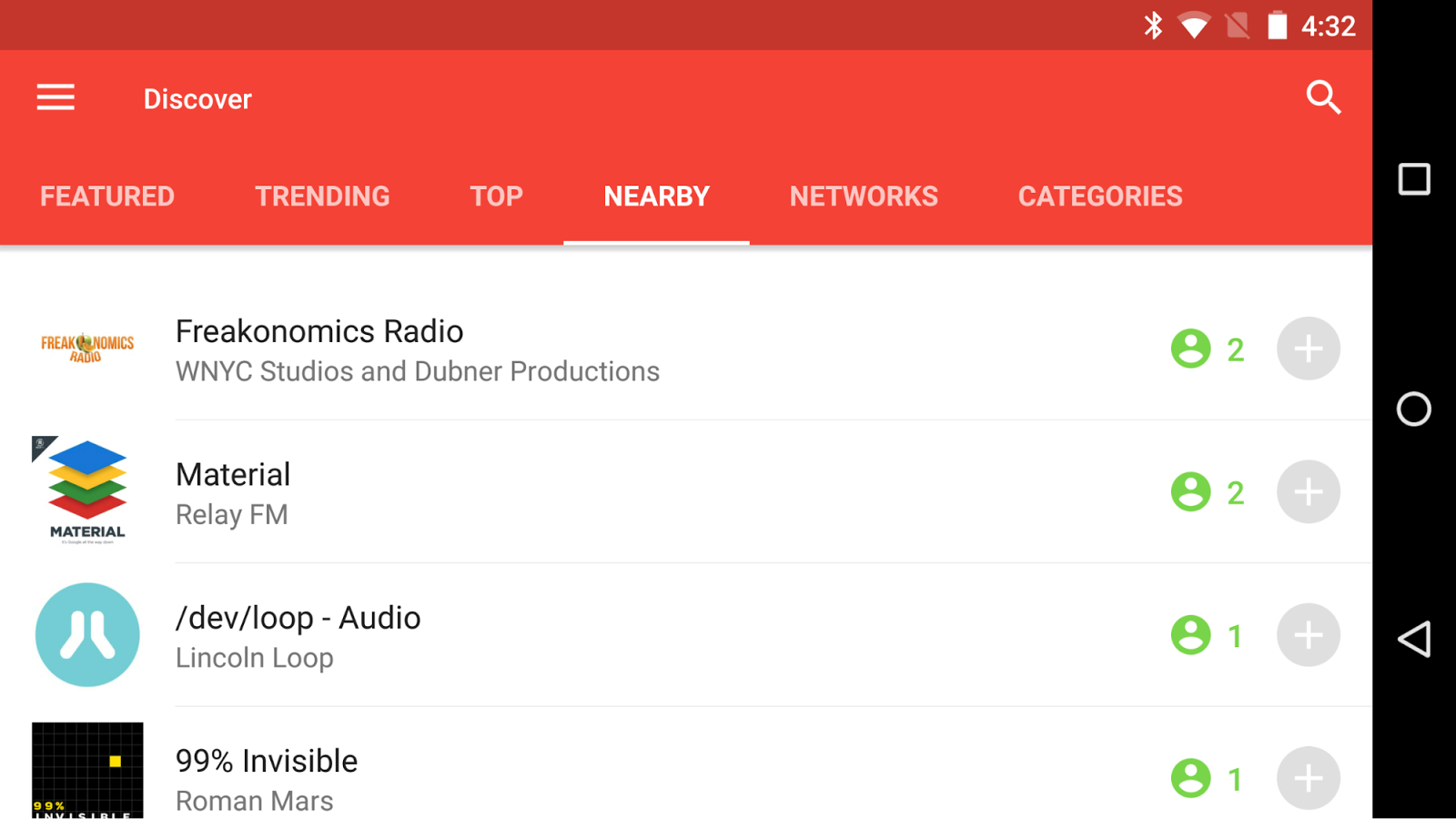 Google’s blog post details some of the use cases for the technology, including DJs publishing playlists to people around them, finding and comparing podcasts with others around you, permitting anyone to join in the game on a nearby Android TV set using their Android or iOS devices as control pads and much more.

Download Chrome for iOS free in the App Store.