Following the release of iOS 9 beta 3 for the iPhone, iPod touch and iPad two weeks ago which gave developers access to Apple Music on their development devices while bringing out the News app and a host of refinements, Apple today released iOS 9 beta 4 (build 13A4305g) to registered members of the Apple Developer Program.

The download can be applied over-the-air on devices running an iOS 9 beta via the Software Update mechanism of the Settings app, or as a standalone download through Apple’s portal for developers. 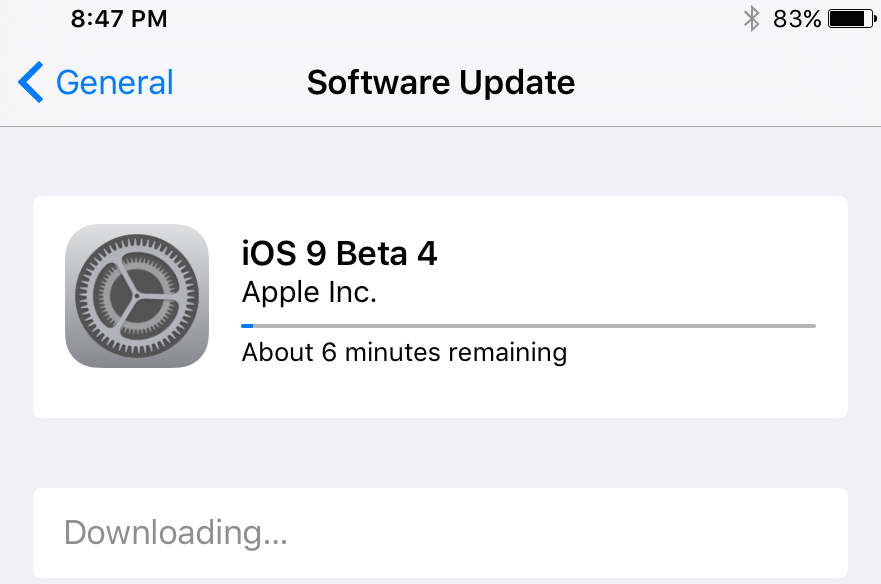 The Notifications icon in the Settings app used to be gray in the previous beta but is now tinted red. 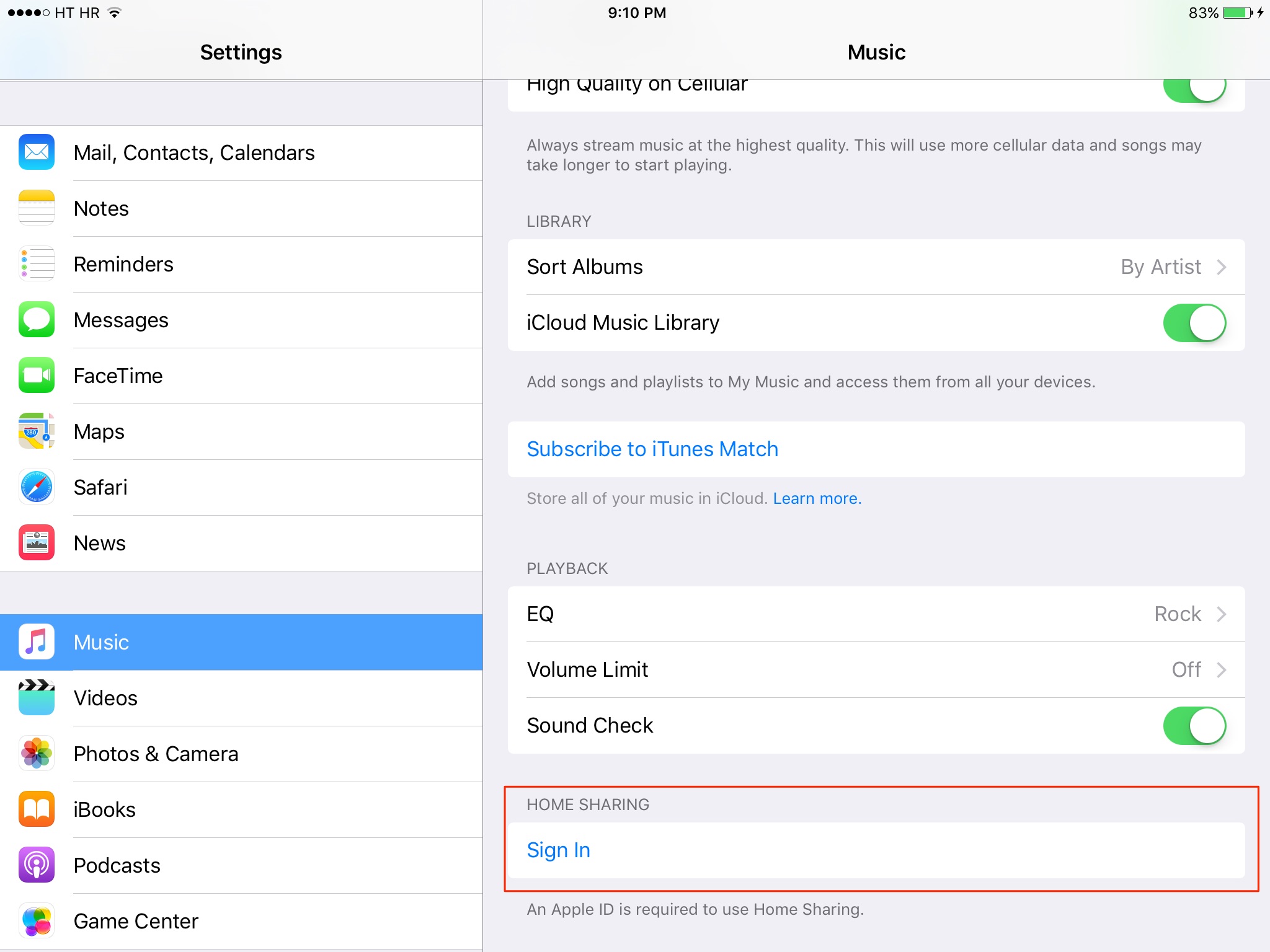 Both Home Sharing for Music and Genius Mixes were removed in iOS 8.4, which brought out a revamped Music app with Apple Music and Beats 1 Radio.

@inklake We are working to have Home Sharing in iOS 9.

The Settings app in iOS 9 beta 3 displayed a square icon for the Battery section. iOS 9 beta 4 tweaks the design a bit so the Battery icon is no longer a square but a rounded rectangle.

Revamped options in the Music app

The various options revealed by tapping the ellipsis in the Music app have been moved around and redesigned.

Pictured below: old music options in iOS 9 beta 3 at left and the new menu in iOS 9 beta 4, at right. In iOS 9 beta 3, tapping the ellipsis icon next to an item produced a menu with options to Start Station, Add to My Music, Show in iTunes Store and Share Song.

A revamped menu in iOS 9 beta 4 features a larger album cover artwork. Unlike before, it’s now much more obvious that the artwork can be tapped to go to the full album. In addition, the new menu adds a heart icon (when tapped, it influences For You recommendations) and options to Add to a Playlist, Show in iTunes Store and Add to My Music. 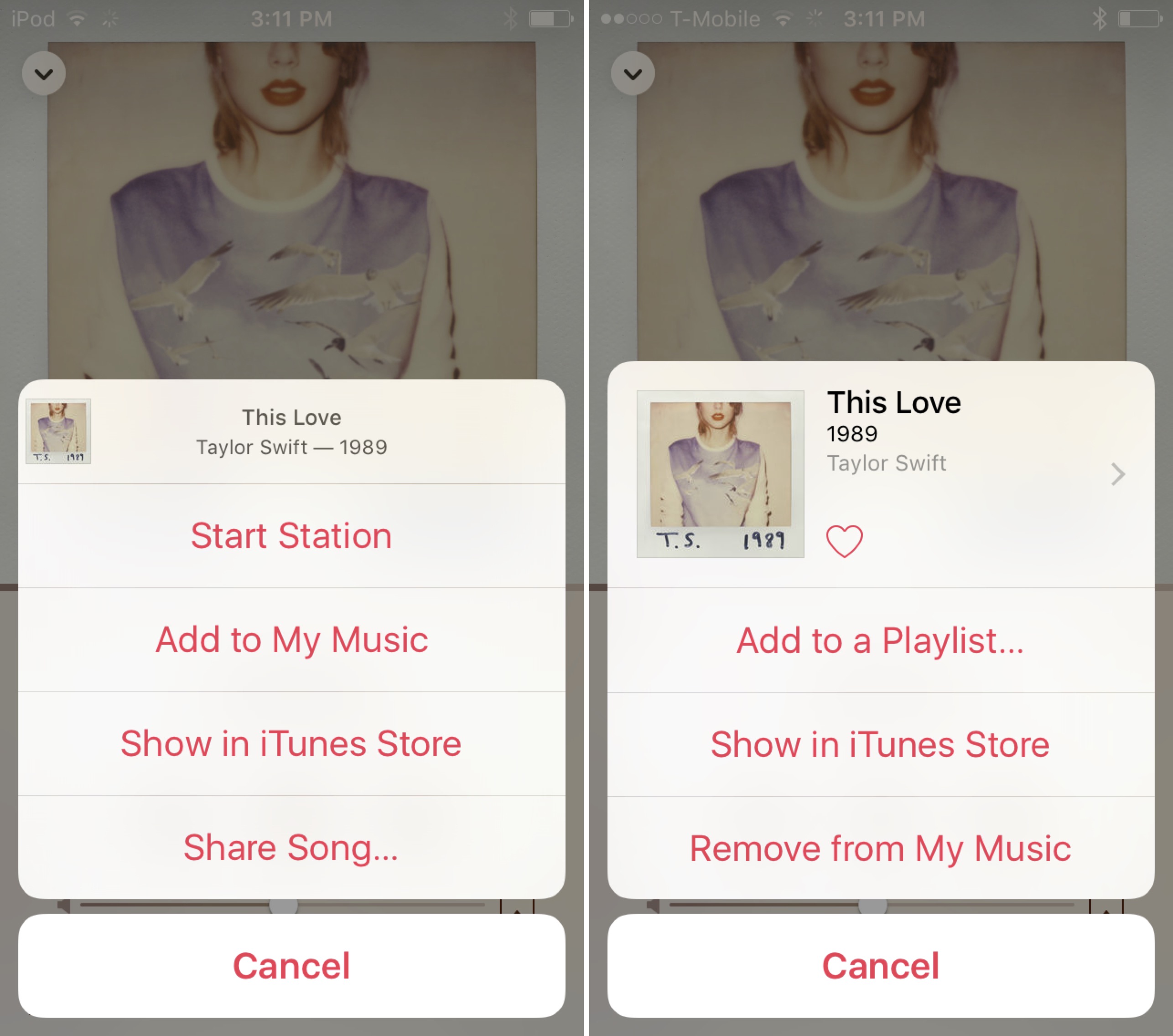 The new menu no longer shows Start Station and Share Song options which are now available in yet another sub-menu accessible by tapping the plus sign and the share icon below the cover artwork. 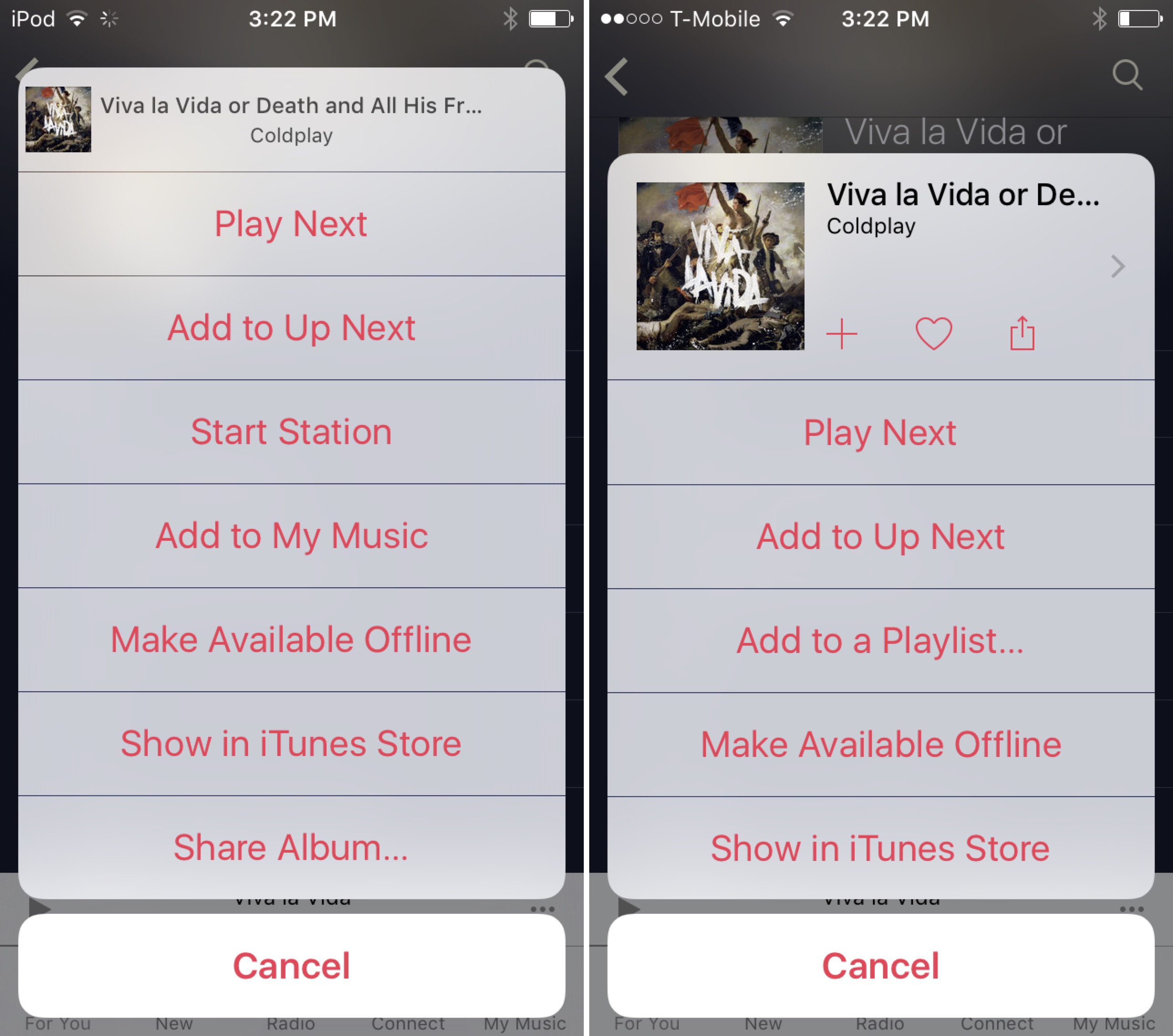 Also new: a radio icon in the menu to quickly start a radio station from the song.

In iOS9 beta 3, continuing where you left off on one device using the iOS app switcher on your other device required you to swipe to the leftmost “card,” which was maddening. 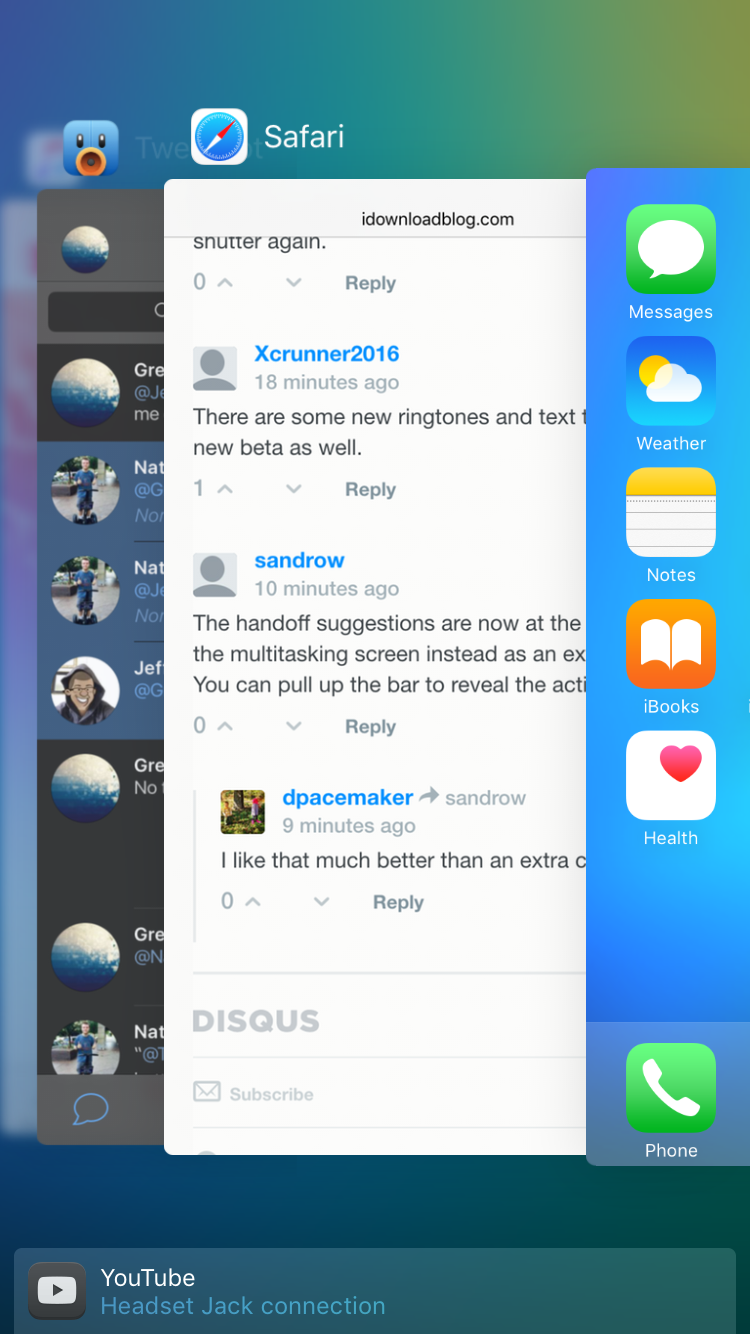 In iOS 9 beta 4, Handoff is now within reach in the form of a new bar right below the app carousel within the app switcher. Simply pull up on the bar to open a Handoff app.

As you can see above (hat tip goes to @GreenyDev), the Handoff bar displays the app icon, app name and a short description.

In addition to the aforesaid biggies, the latest beta release of iOS 9 includes several minor tweaks and changes, including the following items: 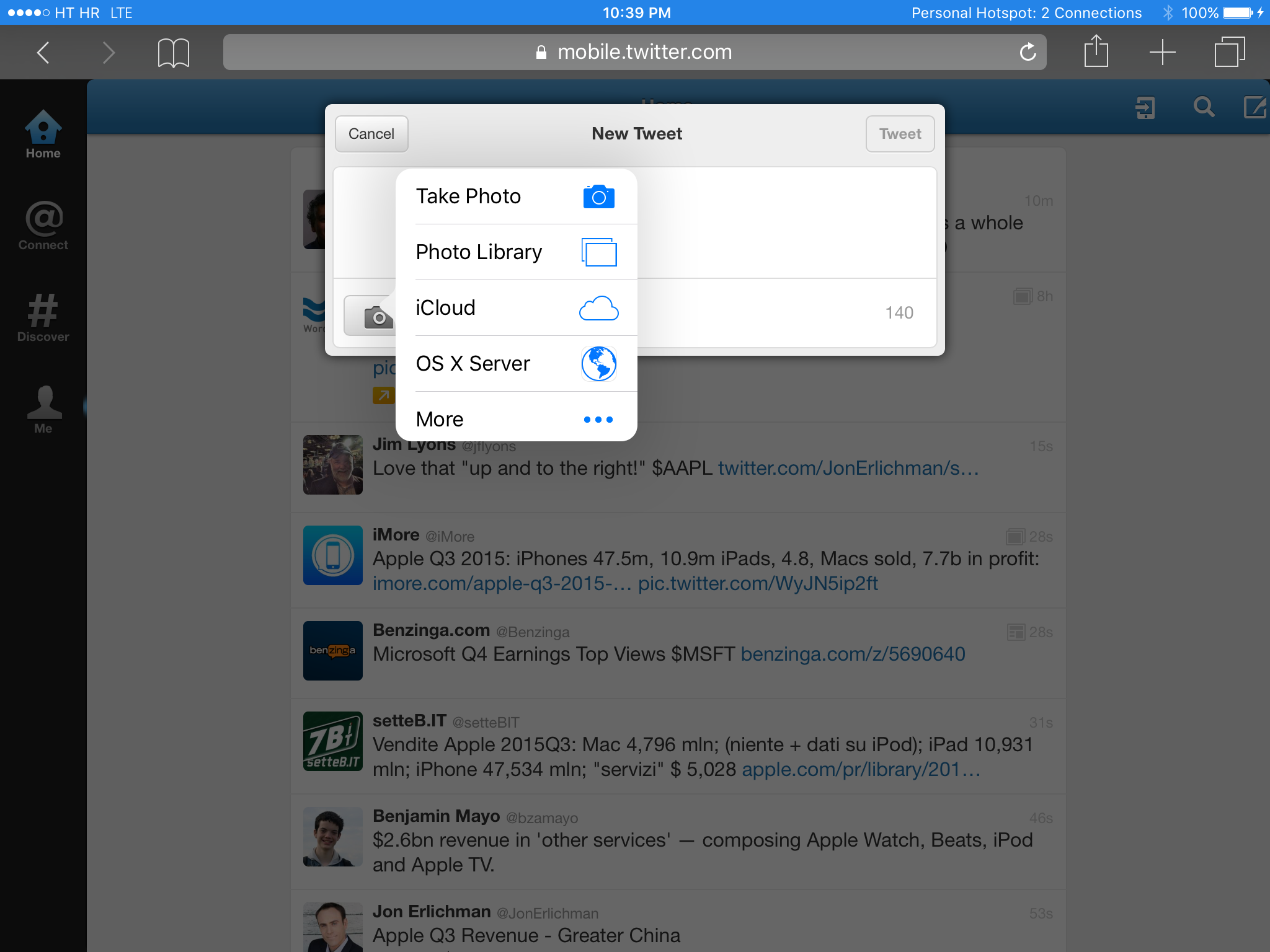 iOS 9 is scheduled for release this fall.

The free software update is compatible with all iPhones from the iPhone 4s onward, all iPad mini models, all full-size iPads from the iPad 2 onward and both the fifth and sixth-generation iPod touch.