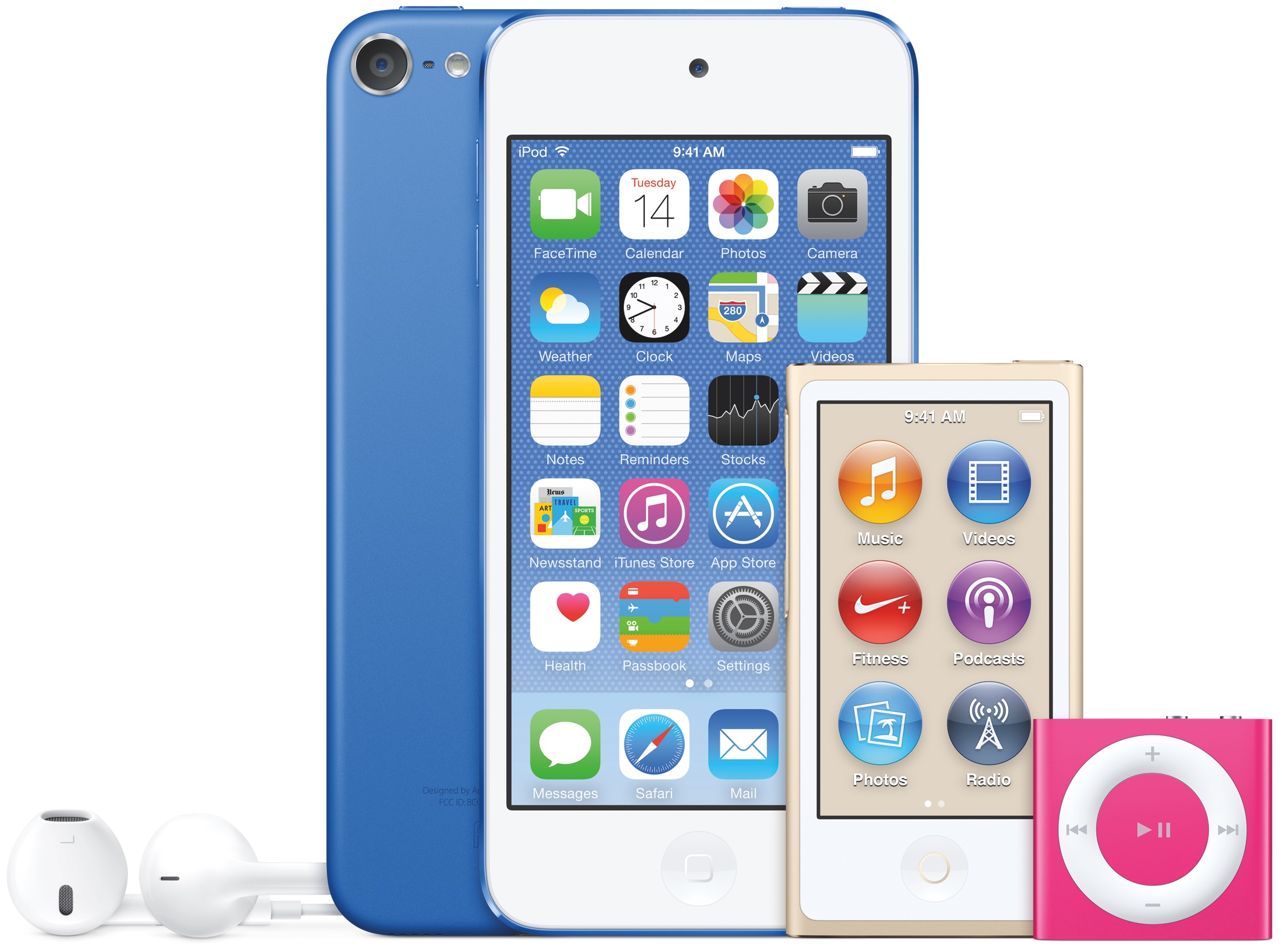 Following a recent discovery of hidden graphics assets inside iTunes 12.2 which have hinted at an imminent iPod refresh, Apple on Wednesday quietly refreshed its dedicated music player family with a press release and a website update.

The headline new model is a much improved sixth-generation iPod touch, “the best iPod touch yet.”

It now features the Apple-designed 64-bit A8 processor, essentially the same chip that powers the iPhone 6 and iPhone 6 Plus, and runs Apple’s M8 motion coprocessor. Apple really went all out with the iPod touch: there’s three times faster Wi-Fi 802.11ac and also an improved FaceTime HD camera with an updated sensor and burst mode for even better selfies.

The screen size has remained the same, measuring four inches diagonally, and there’s no Touch ID. The device runs iOS 8.4 with the all-new Music app and Apple Music integration. As for the iPod nano and iPod shuffle, they have received a minor refresh with new color options available.

“With big advancements like the A8 chip and the 8 megapixel iSight camera, customers can experience next-level gameplay, take even more beautiful photos and enjoy their favorite music, TV shows and movies.”

The 64-bit A8 processor is indeed a major upgrade: the chip allows the sixth-generation iPod touch to run latest Metal-optimized games and graphics-heavy applications with ease. Even better, the A8 processor supports Apple’s upcoming iOS 9 operating system upgrade and will no doubt run a few future iOS releases as well.

Apple claims the A8 processor inside the new iPod touch is six times faster than its predecessor and 10 times faster in graphics performance.

The inclusion of the M8 motion coprocessor for steps and elevation tracking is also a smart move on Apple’s part as it helps the iPod touch support modern health and fitness applications in the App Store, without taking a toll on its battery.

Its eight-megapixel camera is now on par with the latest iPhone 6, iPhone 6 Plus and iPad Air 2 devices in terms of pixel count. On the downside, Apple appears to have removed the Loop wristband from the corner of the new iPod touch.

The iPod touch received its last minor refresh in June 2014 when the 32/64GB models received a price drop to $249/$299 and a new $199 16GB model got introduced. The previous-generation iPod touch with the A5 processor and a five megapixel camera released back in October 2012 so this hardware refresh is way overdue.

The refreshed music players are available starting today from Apple.com, Apple’s retail stores and select Apple Authorized Resellers. The 128GB iPod touch is available exclusively through Apple and all models are available in PRODUCT(RED).