Apple has posted its third quarter earnings report for 2015 this afternoon, and says it has broken its own record for the three-month period. The company earned a net profit of $10.7 billion on $49.6 billion in revenue.

That money comes from strong international hardware sales, which accounted for 64% of all revenue. Overall, Apple moved 47.5 million iPhones and 10.9 million iPads during its third quarter, as well as 4.8 million Macs.

“We had an amazing quarter, with iPhone revenue up 59 percent over last year, strong sales of Mac, all-time record revenue from services, driven by the App Store, and a great start for Apple Watch,” said Tim Cook, Apple’s CEO. “The excitement for Apple Music has been incredible, and we’re looking forward to releasing iOS 9, OS X El Capitan and watchOS 2 to customers in the fall.”

“In the third quarter our year-over-year growth rate accelerated from the first half of fiscal 2015, with revenue up 33 percent and earnings per share up 45 percent,” said Luca Maestri, Apple’s CFO. “We generated very strong operating cash flow of $15 billion, and we returned over $13 billion to shareholders through our capital return program.” 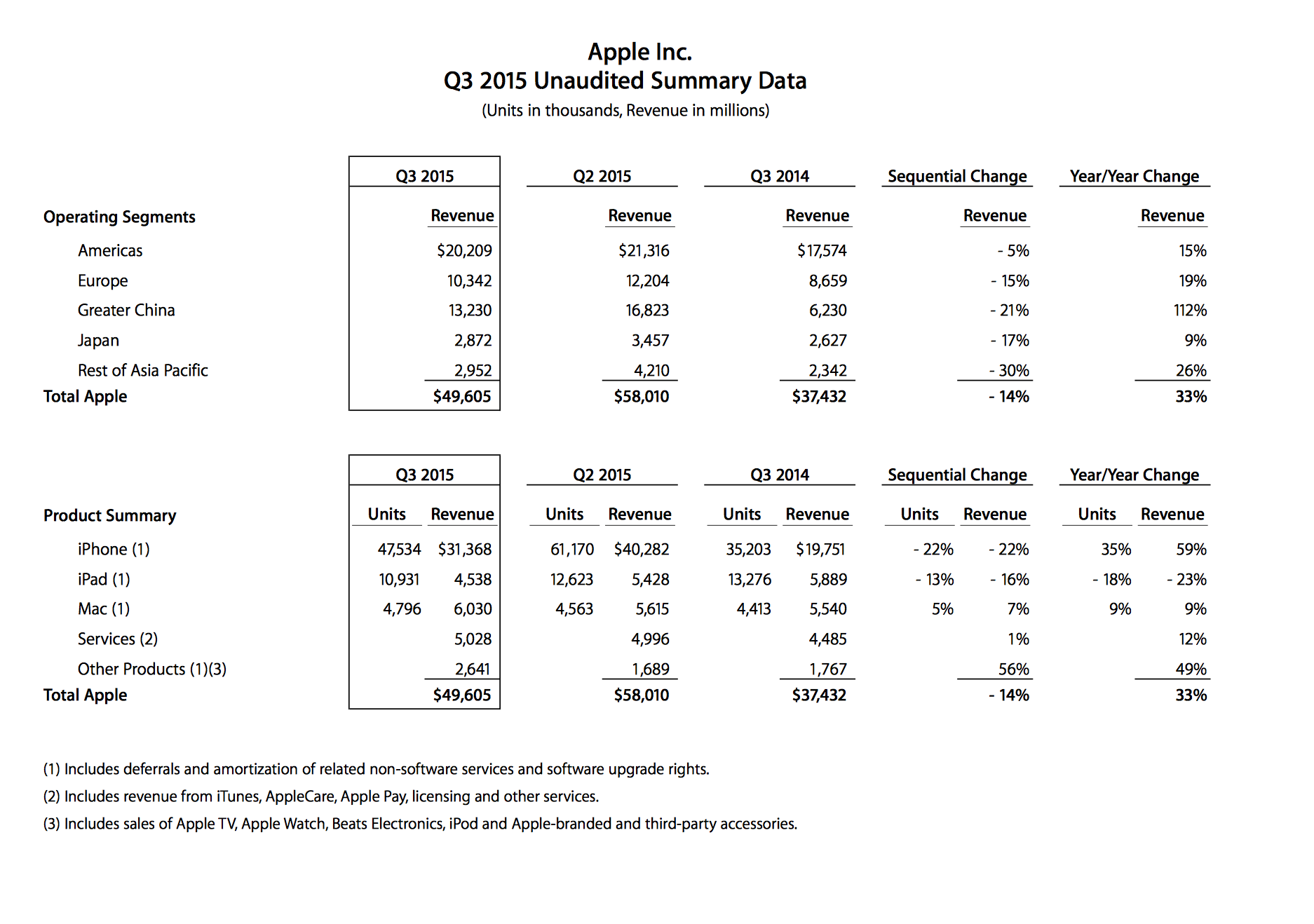 There weren’t any surprises this quarter, as Apple hit most of Wall Street’s expectations. iPhone sales were a little low, however, causing the company’s stock to drop 6% in after-hours trading, and iPad sales continue to fall.

Apple’s earnings call will start in just a few minutes. If you’d like, you can listen to it live via the investors portal, or you can tune into iDB for our recap. We’re hoping to hear more on Apple Watch and early Apple Music feedback.