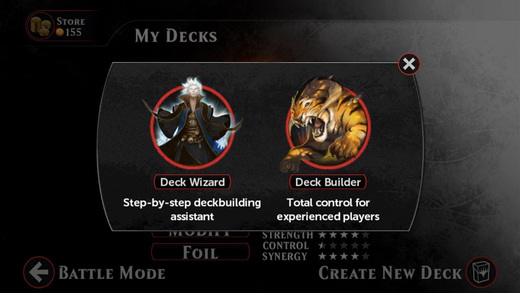 Wizards of the Coast, a U.S.-based publisher of games primarily based on fantasy and science fiction themes, today released a brand new iOS game set in the Magic the Gathering universe.

Magic Duels, a free-to-play download for the iPhone and iPad, is now available worldwide following a recent soft-launch on the New Zealand App Store.

This strategy card game challenge you to arm yourself with a deck of dazzling spells and fearsome creatures in order to win battles and unlock more powerful cards to add to your ever-growing collection.

With twenty million Magic the Gathering fans around the world, Magic Duels is perhaps the best way for novice players to join the experience on their iPhone and iPad.

Magic Duels features an all-new deck builder wizard which lets you build your own deck easier than ever before, as the wizard virtually does all the heavy lifting for you. 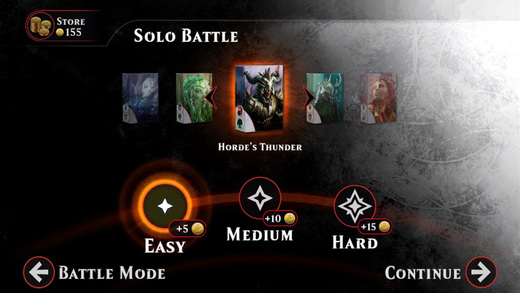 The game let you take on friends, online opponents and thousands of computer-driven foes in Battle mode. In addition to Battle mode, you’ll be exploring Magic’s all-new Origins campaign and walking in the footsteps of five iconic Planeswalkers.

And with Hearthstone-like updates, players will simply build one big Magic collection as new Magic sets are released, knowing there won’t be another Magic Duels game in 2016 to render your collections obsolete.

And in multiplayer mode, two people running Magic Duels on their iPads can take on other Two-Headed Giant teams around the world.

In addition to the iOS platform, Magic Duels is available now on the Xbox One and PC via Steam, and will launch on Sony’s PlayStation 4 console later this year. 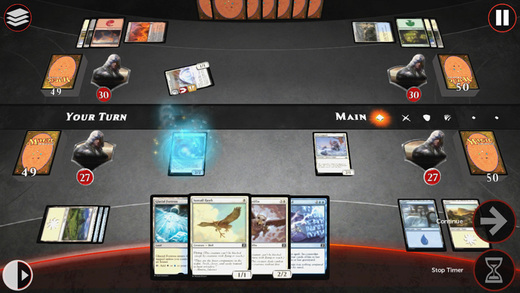 The 1.02-gigabyte download requires an iPhone or iPad with iOS 7.0 or later and Apple-designed A7 processor or newer. The game optimized for the iPhone 5/5s/5c screens.

Grab Magic Duels free of charge in the App Store.