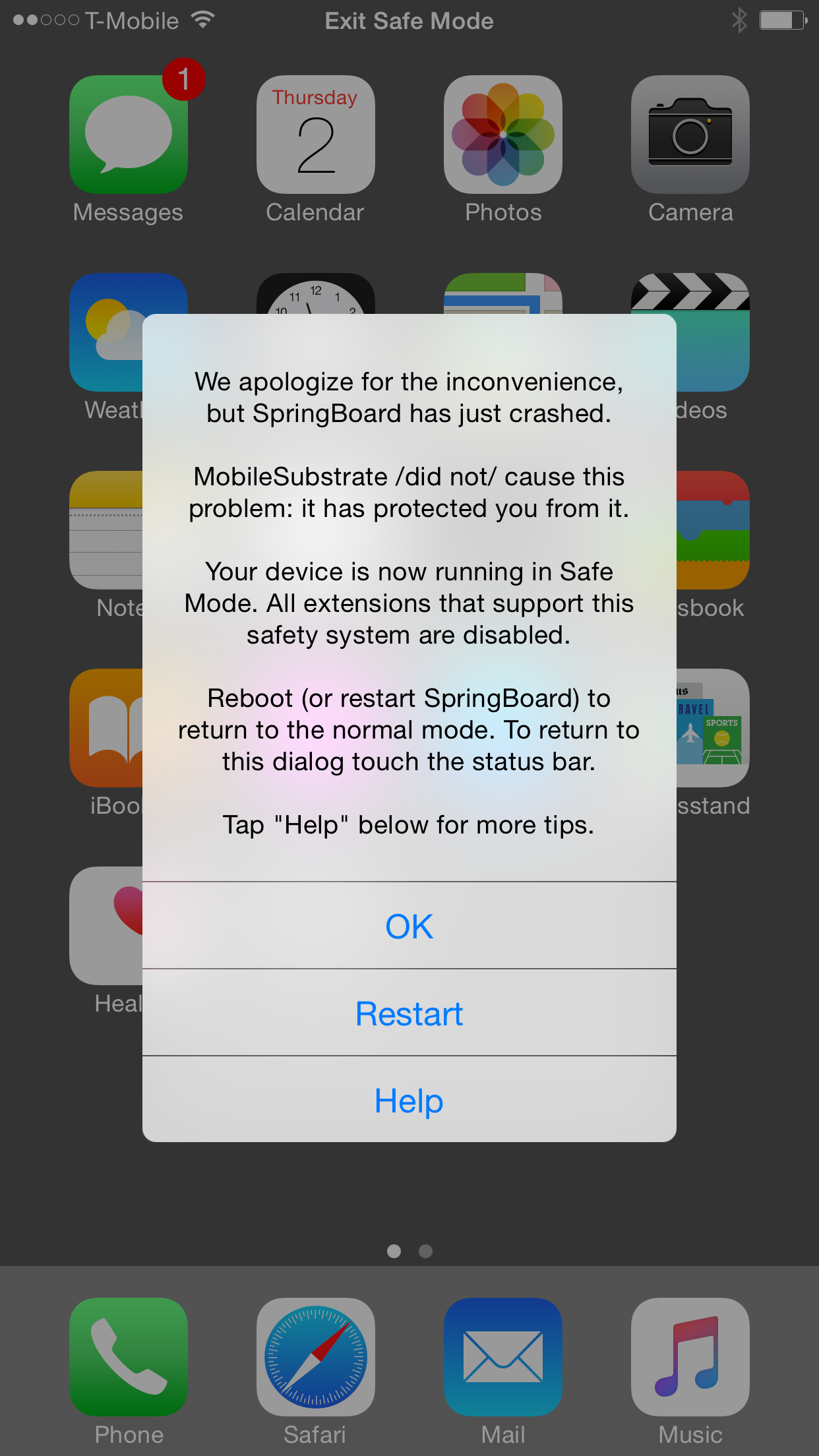 You may have noticed that your device will respring into safe mode whenever the public version of Activator is installed on iOS 8.4. The problem is, many tweaks rely on Activator as a prerequisite, and Activator hasn’t been updated to work with iOS 8.4 as of yet.

Does that mean that any tweak that relies on Activator is simply unusable until Ryan Petrich pushes out a public update? Not at all. Just install the Activator beta… 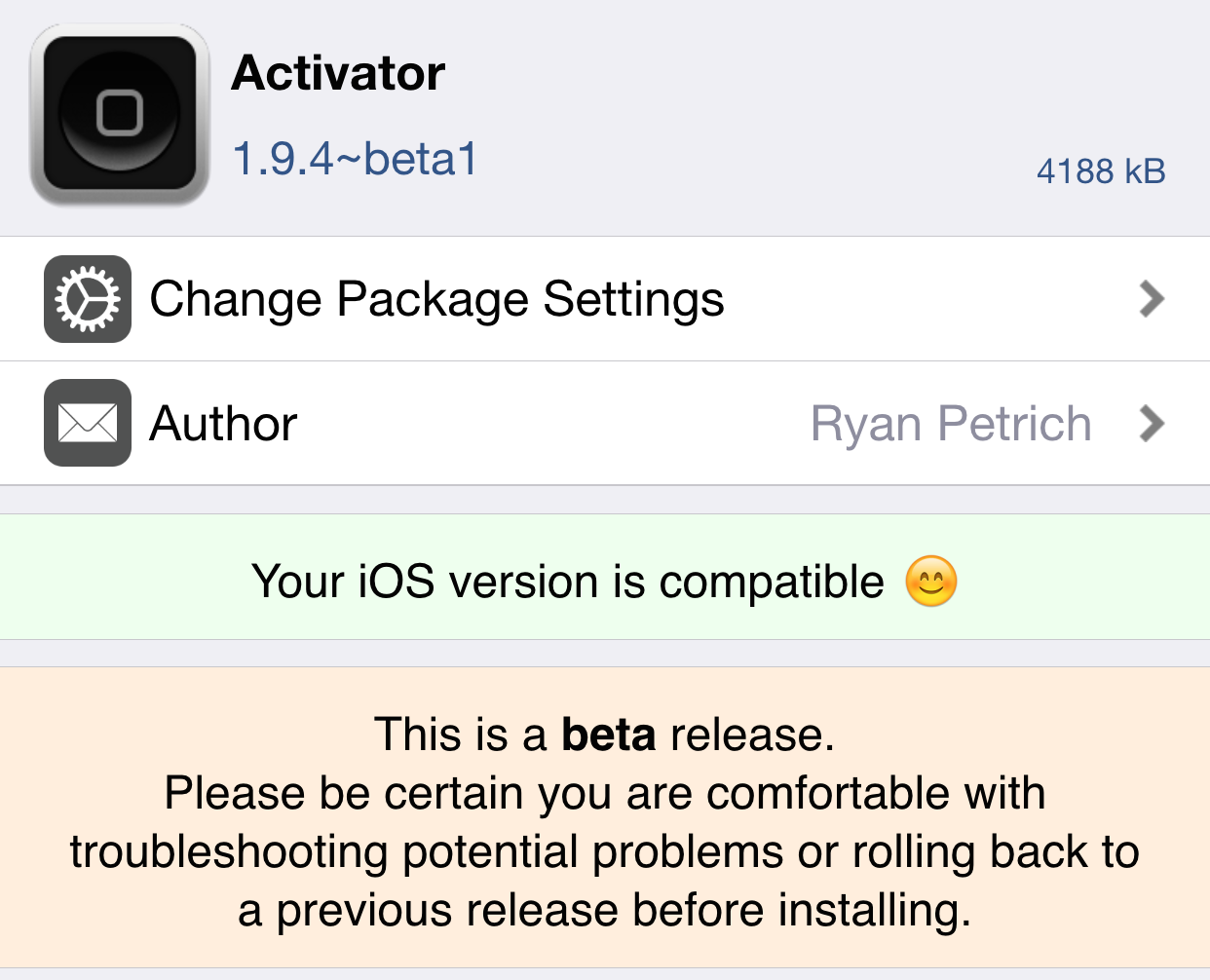 As he always tends to do before posting updates publicly, Ryan posted an Activator update for iOS 8.4 to his beta repo. You’ll simply need to add his beta repo in order to download the iOS 8.4 compatible version of Activator—version 1.9.4 beta 1.

Once the beta repo is added, search for Cydia, and you should see the iOS 8.4 compatible version being pulled from his repo.

Keep in mind that the Activator beta is just that, a beta, so although I’ve found it to be stable, it’s still in testing. Once you update, you’ll then be able to install any tweak that relies on Activator without being placed into safe mode.

This is one of those little things that’s easy to forget, and you can find yourself needlessly troubleshooting other jailbreak tweak installs. Before you mess around with installing any tweaks, add Ryan’s beta repo and install Activator. It’ll may end up saving you a lot of time in the long run.

Are you running the Activator beta on your jailbroken device? If so, what’s the experience been like thus far?